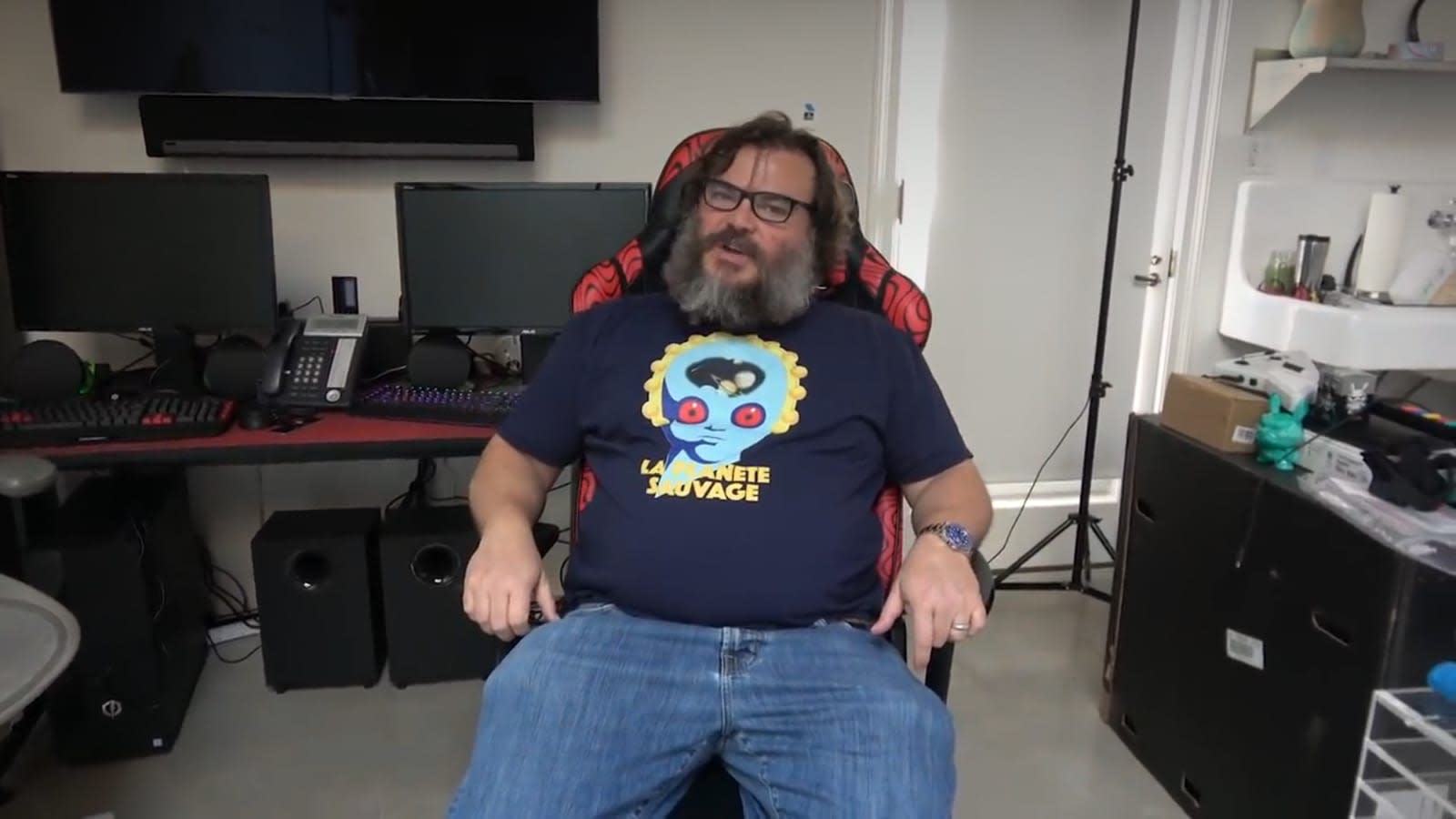 Jack Black has launched a YouTube channel dedicated to "games, food, and life". For now, "Jablinksi Games" features just one upload: a 29 second intro vid in which the Hollywood actor jokes that he'll be bigger than Ninja and PewDiePie, two of the site's biggest creators. The clip has already racked up almost 2 million views, while the channel has more than 582,000 subscribers at the time of writing. Black is promising a new video every week to be shot, directed and edited by his son.

As The Verge notes, the channel's style pulls from old-school memes (its banner is "Sakurai Kirby," a gaming meme that signals to a Google search for "Who created Kirby?") and includes several digs at PewDePie, with Black impersonating the controversial creator's high-pitched voice and goofing around in a similar gaming chair.

We've seen plenty of celebs, including soccer stars and hip-hop artists, jumping on Twitch to stream Fortnite this year. Meanwhile Will Smith and Dwayne Johnson have shown that there's life outside of Hollywood on YouTube, Facebook and Instagram. Black isn't exactly struggling for parts -- he starred in the hit family film The House with a Clock in its Walls this year and is reprising his role in the sequel to the blockbuster Jumanji: Welcome to the Jungle.

A self-professed gamer, Black voiced the protagonist in EA's 2009 action-adventure game Brütal Legend. He also spoke out against micro-transactions back in 2015 after his son spent $3,000 on in-app purchases.

In this article: av, entertainment, JackBlack, youtube, YoutubeChannel, youtubegaming
All products recommended by Engadget are selected by our editorial team, independent of our parent company. Some of our stories include affiliate links. If you buy something through one of these links, we may earn an affiliate commission.