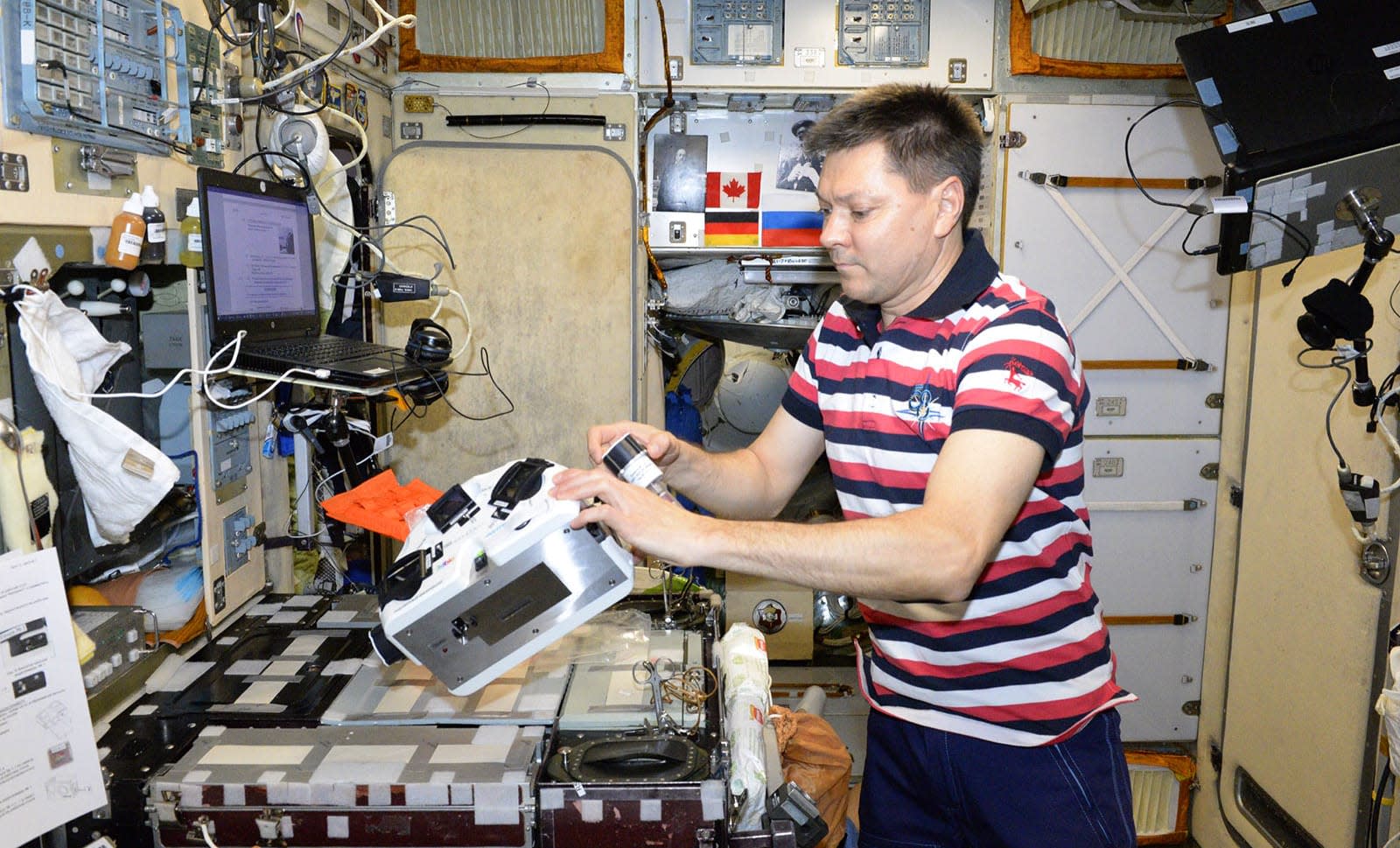 Russian cosmonauts have printed living tissue in space for the first time after their first effort was thwarted by a Soyuz capsule accident. Using a bioprinter created by medical company Invitro, cosmonaut-researcher Oleg Kononenko printed human cartilage tissue and a rodent thyroid gland, according to Parabolic Arc. The aim is to see how space microgravity affects the development of living tissues and organs, with an eye to expanded human space travel in the future.

The experiment was supposed to have happened in October 2018, but the Soyuz MS-10 spacecraft carrying cosmonaut Alexey Ovchinin and the bioprinter suffered a booster failure, forcing the crew to abort. Both Ovchinin and astronaut Nick Hague escaped safely, but the printer was significantly damaged. A backup was quickly prepared and the new crew, including Kononenko, were trained on its use. They launched to the ISS again on December 3rd, and the bioprinting experiments commenced shortly afterwards.

Roscosmos, Russia's equivalent to NASA, rarely collaborates with private firms, but will start to do so much more in the future, it said. NASA is also planning bioprinting experiments in the first half of 2019, but Russia gets bragging rights for doing it first.

With the first living tissue created, the next step is to see how the microgravity in the ISS affected its development. The space-printed biological material has already been returned to Earth aboard the Soyuz MS-09 on December 20th (along with NASA astronaut Serena Auñón-Chancellor, German astronaut Alexander Gerst of the European Space Agency and Russian cosmonaut Sergey Prokopyev). Roscosmos said results of the test will be revealed sometime in January, 2019.