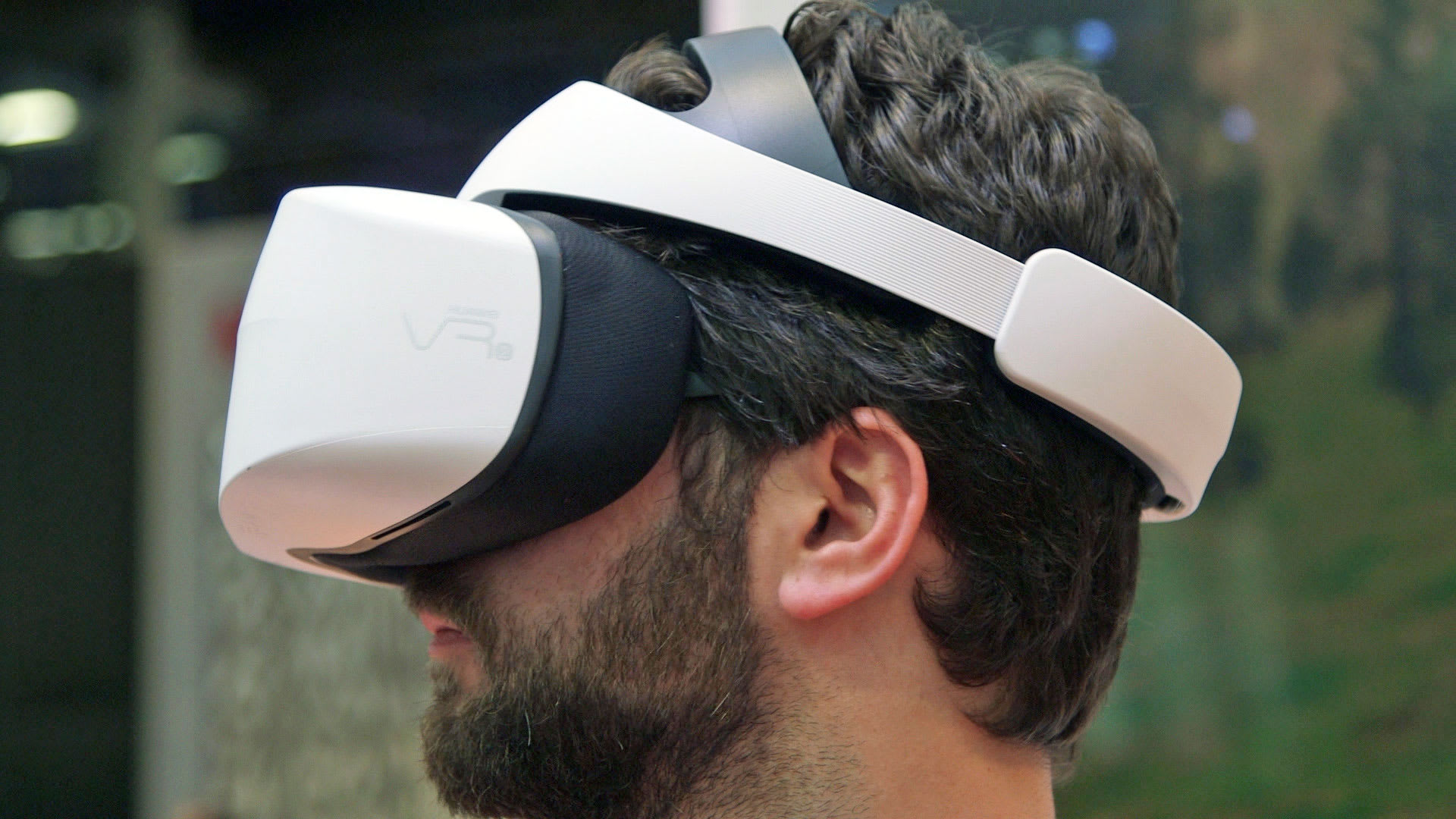 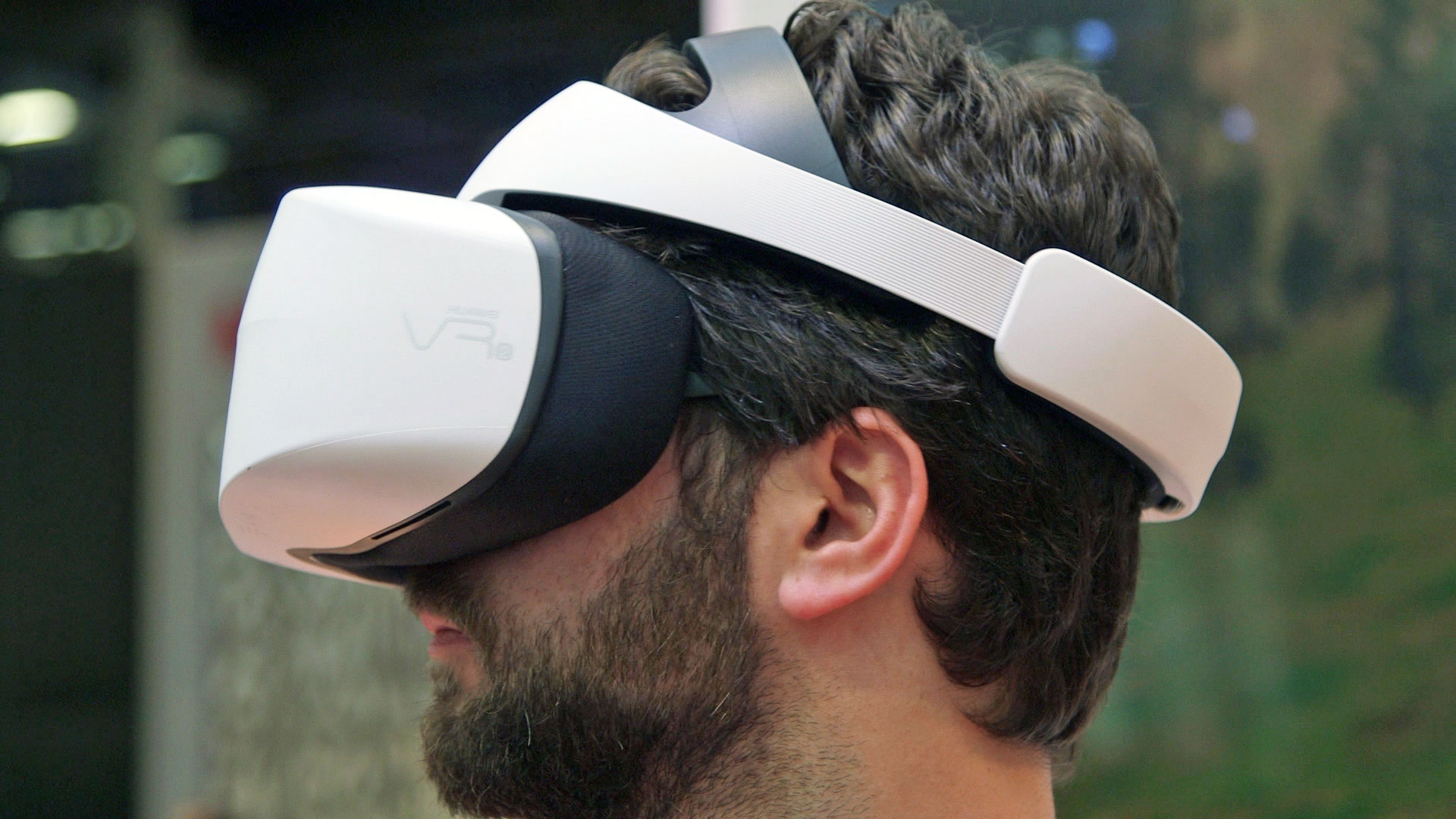 Huawei started off CES by getting a bit of bad news from AT&T. But the company isn't letting the fact that its phones won't be featured in American stores rain on its parade. It's still showing off its latest wares in a giant shiny booth dead in the middle of the Las Vegas Convention Center. One surprise we found there was the Huawei VR2 headset. It was announced this past October in China, but CES 2018 appears to be its American debut. 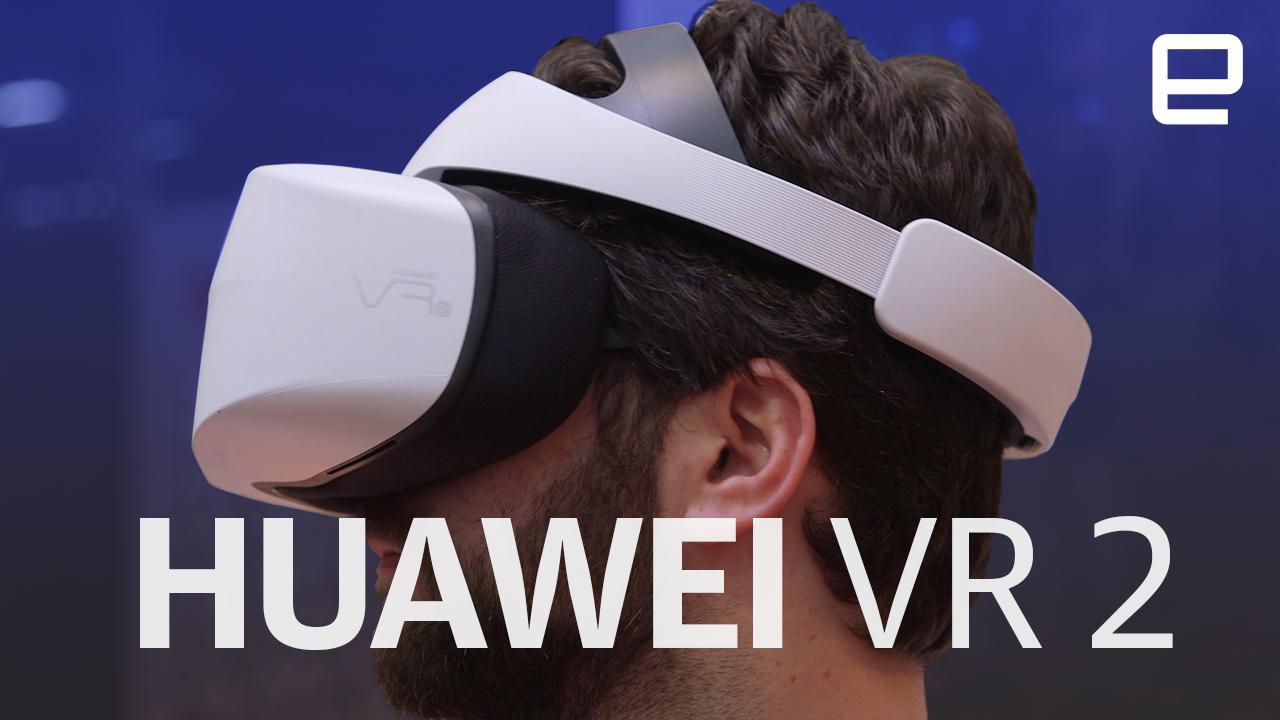 Unlike the original Huawei VR, this is a standalone unit that hopes to take on the likes of Oculus and Vive, not the Gear VR. You don't slide a phone inside, instead you connect a phone, tablet or even a PC to it via USB-C. Then you can enjoy your virtual worlds in glorious 3K -- that's a resolution of 1,600 x 1,440 per eye. And thanks to the 90Hz refresh rate, eye strain and motion sickness should be kept to a minimum. I tend to be particularly sensitive to VR sickness but felt fine after about 20 minutes split between two demo stations.

The first experience was a simple virtual theater. I sank down into a plush pod seat, pulled the stark white plastic headset on and fired up some IMAX experiences. I watched as fighter jets blasted by, and the sun blared down on the pyramids on an absurdly large virtual screen. If I looked around, I could see that I wasn't in just any virtual theater, though, I was floating in space, surround by stars.

The controller was made of the same bright white polymer as the headset and should seem familiar to anyone that's used a Gear VR or Daydream headset before. There's a small clickable touchpad at the top, a home button and a back button below that and a trigger on the underside.

Things were much more interesting when the headset was connected to a PC running Steam and a custom controller that combined a pair of triggers with a stationary bike. The game I fired up had me piloting a helicopter through a river valley, collecting fuel barrels and firing missiles at baddies hiding among the rocks. It wasn't exactly ground breaking, but the demo was certainly more fluid and impressive than your normal mobile VR experience.

The most impressive thing about the VR2 is how comfortable it is. Rather than straps or some hard plastic, Huawei has lined the entire inside with soft fabric stuffed with plenty of cushioning. It was easily the most comfortable VR headset I've ever worn. My glasses didn't fog up or dig into my face, and it felt incredibly light -- there's little chance of neck strain here.

Unfortunately, there's still a lot we don't know about the Huawei VR2, most importantly a price or release date. So for now, we'll just have to wait to find out if Huawei can really run with the big boys of the VR world.

In this article: av, ces2018, entertainment, gadgetry, gadgets, gaming, gear, hands-on, huawei, huaweivr2, mobile, personal computing, personalcomputing, video, VirtualReality, VR
All products recommended by Engadget are selected by our editorial team, independent of our parent company. Some of our stories include affiliate links. If you buy something through one of these links, we may earn an affiliate commission.