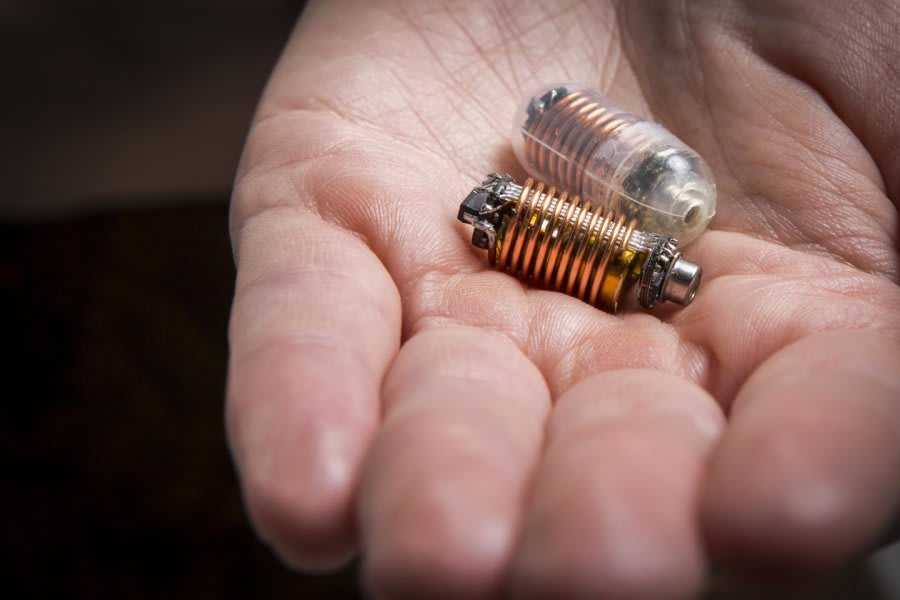 Ingestible technology -- the stalwart theme of medical sci-fi -- has been in the works for decades, but now researchers are closer than ever before to taking it mainstream thanks to successful trials of gas-sensing capsules. The swallowable sensors, designed by RMIT University in Australia, could revolutionize the way gut disorders and diseases are diagnosed and treated, offering a potential game-changer for the one-in-five people worldwide who will suffer from gastrointestinal problems in their lifetimes.

The capsule is the size of a vitamin pill and works by detecting and measuring gut gas in real time, then sending data to a mobile phone. Trials have uncovered bodily mechanisms never seen before, including what could be an entirely new immune system. "We found that the stomach releases oxidising chemicals to break down and beat foreign compounds that are staying in the stomach for longer than usual," said study lead and capsule co-inventor Professor Kourosh Kalantar-zadeh. "This could represent a gastric protection system against foreign bodies. Such an immune mechanism has never been reported before." The researchers also found evidence that the colon contains oxygen, contradicting previously-held beliefs that it's an oxygen-free area of the body.

The technology also provides a more effective way of measuring and analyzing activities in the gut. Scientists would previously have to rely on faecal samples or invasive surgery, which Kalantar-zadeh noted is "not a true reflection of the gut microbiota at that time". The capsule has now passed human trials, and the team is exploring ways of commercialising the technology, partnering with development company Planet Innovation to bring the product to market.

Via: Science Daily
Source: Nature.com
In this article: capsule, data, gut, health, immunity, ingestible, medicine, RMIT, sensor, swallowable, technology
All products recommended by Engadget are selected by our editorial team, independent of our parent company. Some of our stories include affiliate links. If you buy something through one of these links, we may earn an affiliate commission.