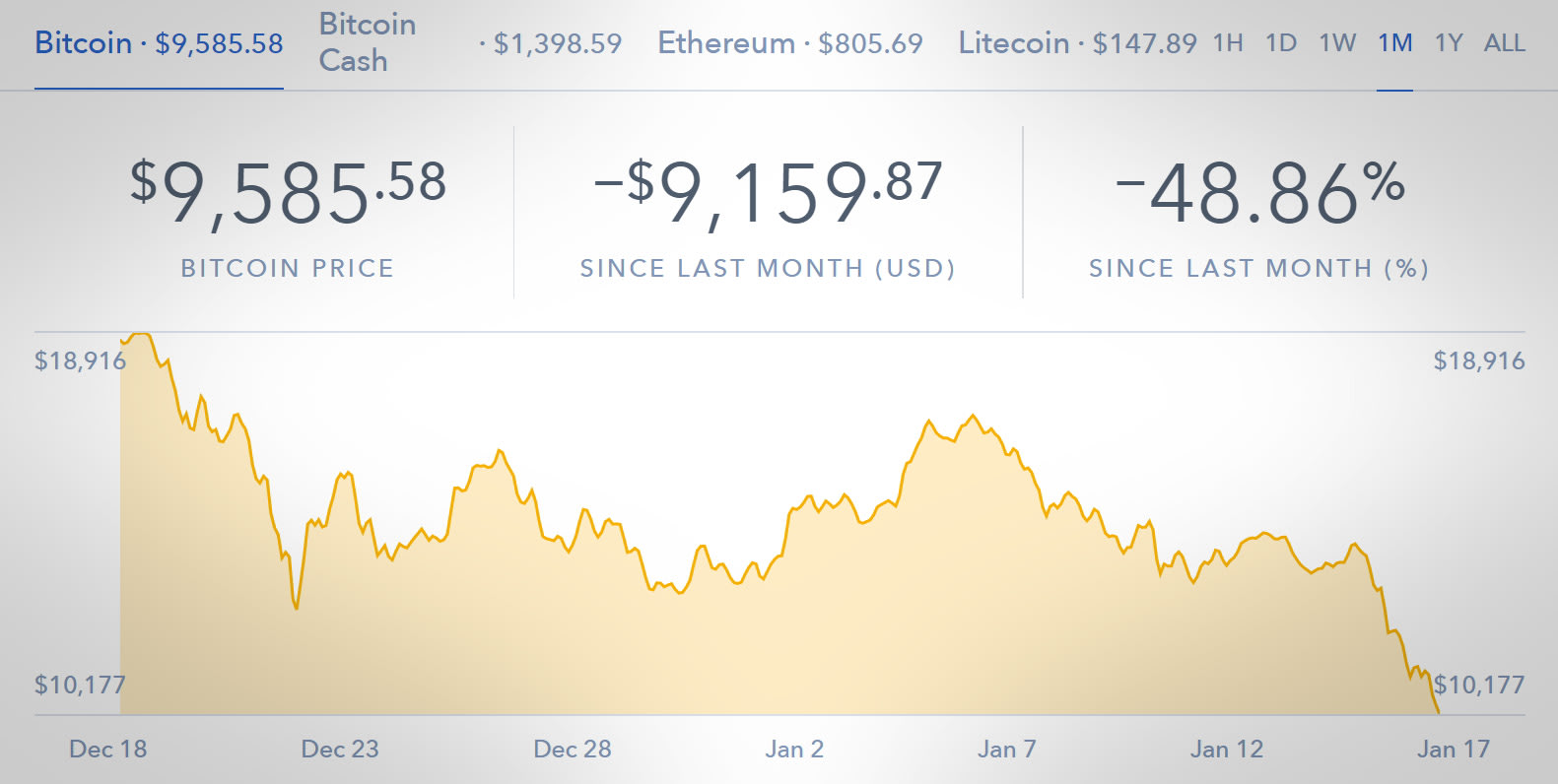 Bitcoin has crashed to as low as $9,500, falling below $10,000 for the first time since November and neatly halving its December 19th peak of $19,000, according to Coinbase. It has declined steadily since CES 2018 started, thanks to reports that South Korea planned to clamp down on the cryptocurrency. If you hedged your bets with Ethereum, Ripple or Dogecoin, then that didn't help either, as most virtual currencies have fallen precipitously since yesterday.

Analysts, and nearly everyone else with common sense, have been expecting a correction. "The market was very overheated and had significantly dislocated from trend," CryptoCompare's Charles Hayter told CNBC. "A large percentage of investors were expecting this correction and reversion to mean." He added that the panic was "leading the herd to sell with no other justification than fear."

Adding to the tension is the fact that China's central bank reportedly said that the government should ban the centralized trading of the currencies. The nation is reportedly trying to (gently) push crypto-miners out of the country because the energy used by tens of thousands of computers creates pollution. China is also concerned it could spawn an economic crisis -- something that a lot of investors are no doubt experiencing right now. (Another unexpected consequence, as Techspot points out, is that graphics card and memory prices have skyrocketed.)

Some investors aren't too concerned, saying that bitcoin went up way too fast, and is now returning to something of a mean. "All in all, this drop has brought us back to the prices that were traded about a month ago for most coins," said eToro senior market analyst Mati Greenspan.

Another way of looking at it, however, is that bitcoin, as a currency with an unchangeable limit, is highly susceptible to bubble-type economics. As Engadget noted in a 2013 explainer, the tendency for folks to hoard the currency rather than spending it will almost always cause a boom, followed by a crash. In other words, bitcoin is highly volatile, and it's just as plausible that it'll get back to its peak or even exceed it.

Via: CNBC
Source: Coinbase
In this article: Bitcoin, business, China, Crash, Cryptocurrency, Exchanges, gear, SouthKorea
All products recommended by Engadget are selected by our editorial team, independent of our parent company. Some of our stories include affiliate links. If you buy something through one of these links, we may earn an affiliate commission.