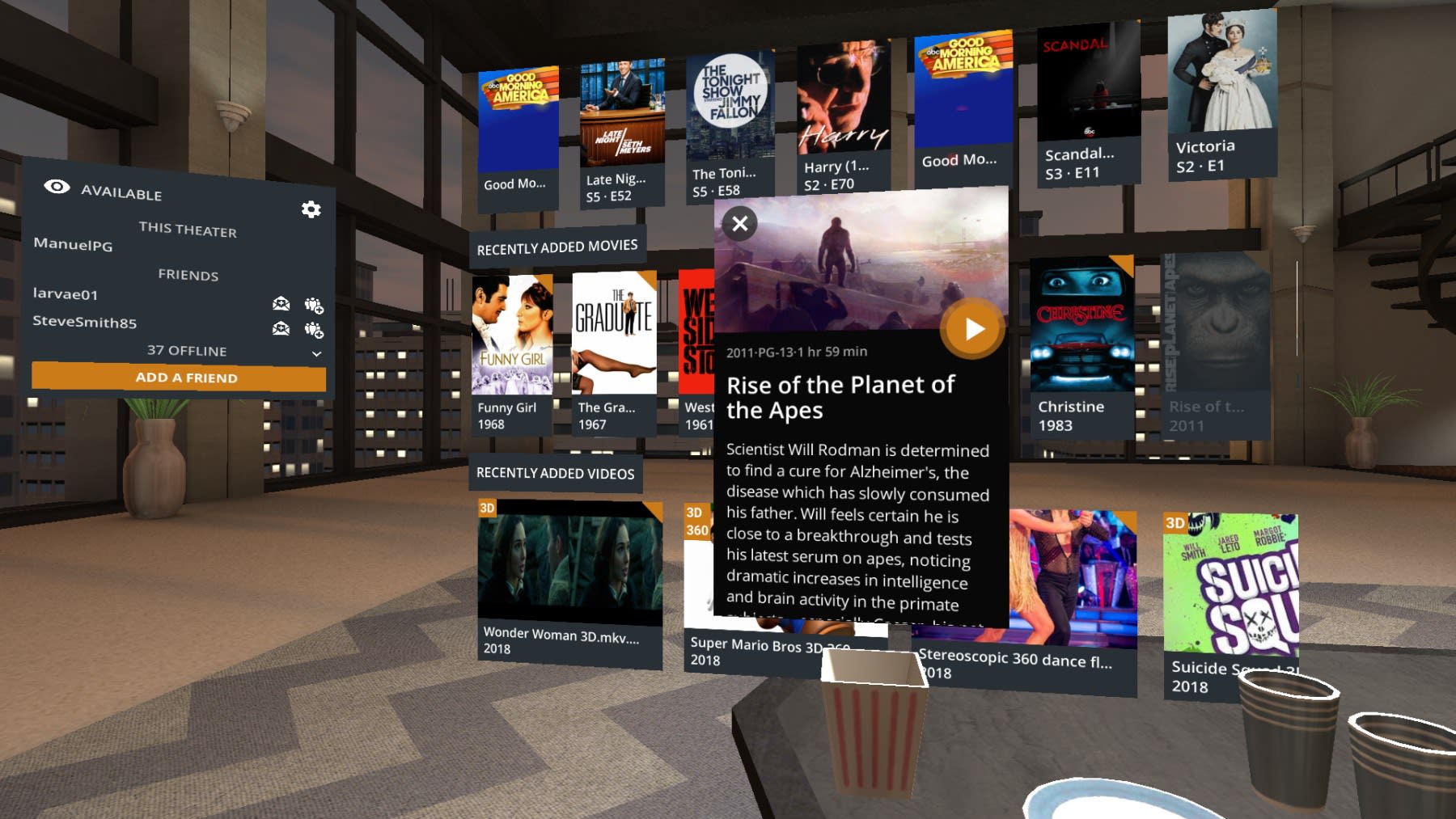 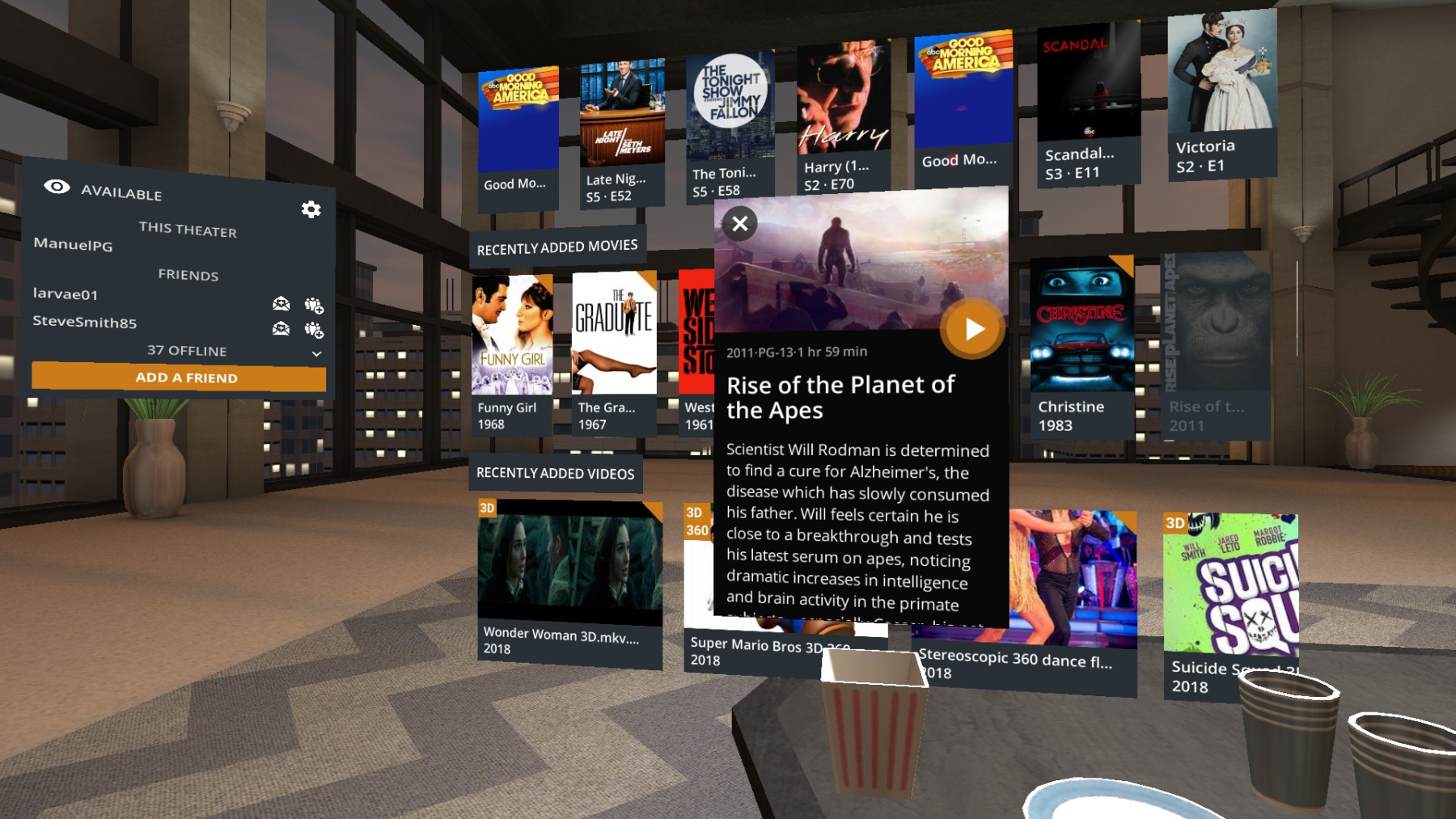 Last year Plex's reach extended to cover live TV and automobiles, so in 2018 the company is jumping into yet another platform: virtual reality. As it has done before, the company brought in the developer of a community project, Plevr, to work on the new client and Plex VR looks like a nice addition. The content browsing experience I saw in a short demo looked excellent. It really made us of the virtual space with touches like selecting a title popping it out into a virtual DVD case that users could hold, rotate or put down on a table in front of them while they flipped through other options. That interactivity goes along with comfort as two of three pillars marketing VP Scott Hancock discussed, and comfort comes into play as users can adjust the screen's size or position at any time. Want to lay down and watch it on the ceiling of a swanky apartment instead of a wall, in a blank void or in a drive-in? It's all possible. In the apartment environment, for example, when video pauses, the lights come on and shades come up mimicking real-world smart homes.

The third pillar may be the most important for adoption, and that's social. Plex VR allows for up to four users at once, who can easily watch video streaming from a Plex Media Server while seeing each other's avatars, voice chatting or using the Daydream controller to toss things around and point out things on-screen.

So far, many big media VR apps haven't included a social element, but for Plex owners who already have well-stocked media libraries, it could be an easy way to share viewing across any distance. The social setup includes a friends list with online statuses similar to PlayStation or Xbox Live, although of course, you can appear offline if you'd rather sit down for a solo session. 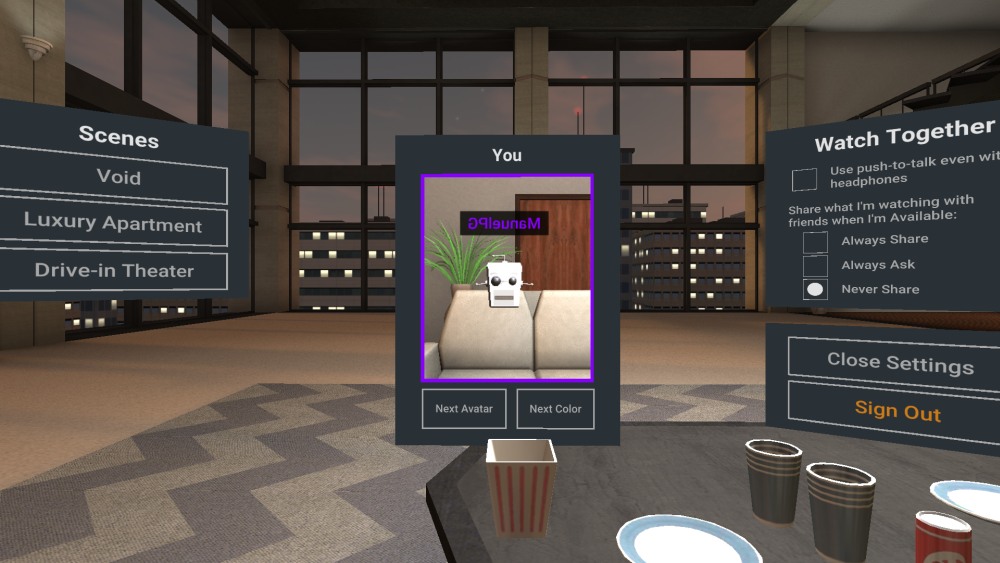 Plex VR is available for free, although for now, it's only out on Daydream VR headsets. To dive into the social features will require at least one of the four users to have Plex Pass, however, users can try it out for free for a week even without that.

Source: Plex Blog
In this article: av, daydream, daydreamvr, entertainment, plex, plexmediaserver, plexpass, plexvr, video, virtualreality
All products recommended by Engadget are selected by our editorial team, independent of our parent company. Some of our stories include affiliate links. If you buy something through one of these links, we may earn an affiliate commission.