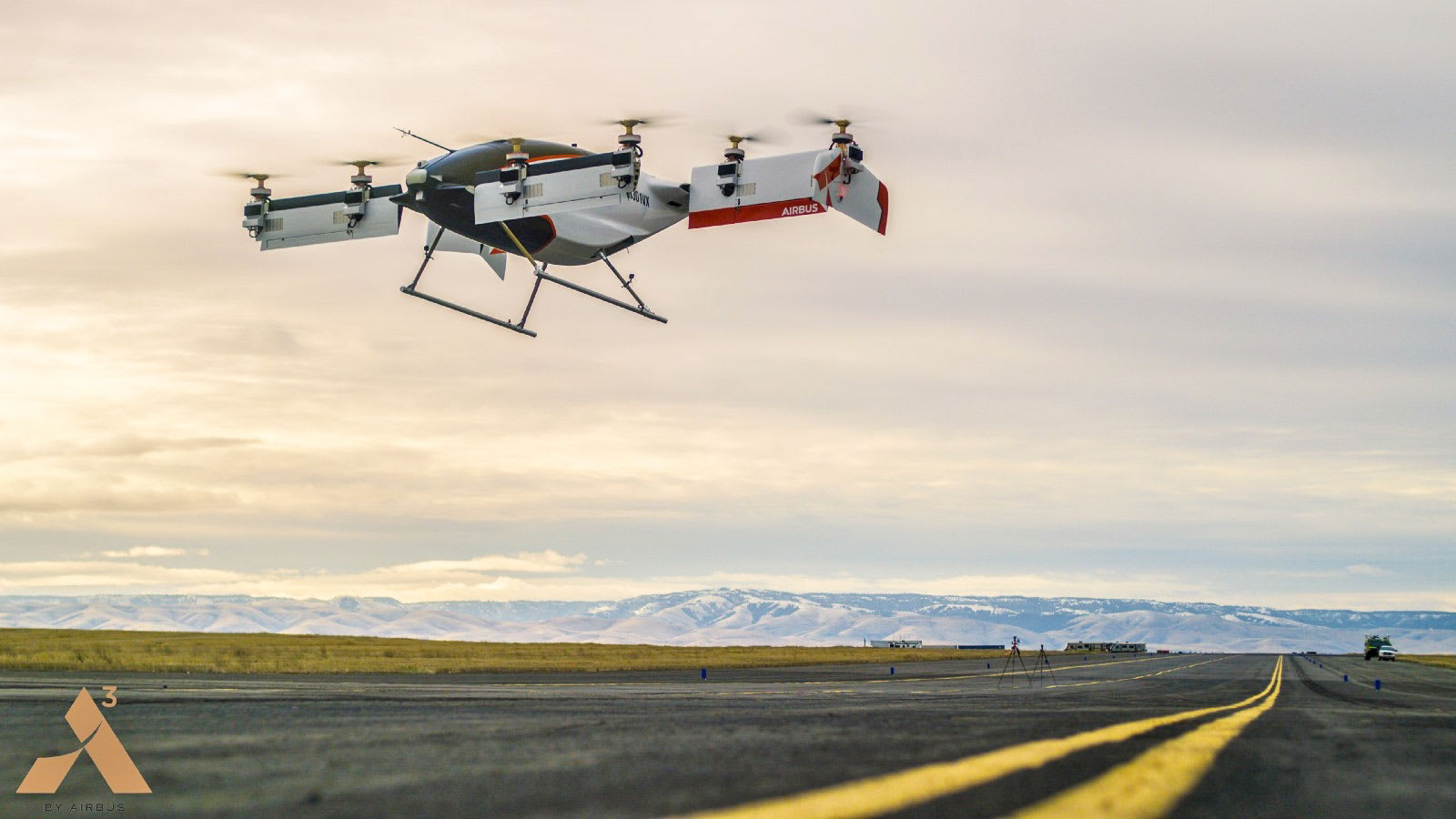 When Airbus first announced its plans to develop a self-flying taxi, it sounded like a fever dream of a sci-fi fan. Now, the aerospace giant has proven that it wasn't joking: Airbus' Vahana team have successfully flown their autonomous air taxi dubbed "Alpha One" for the first time. Sure, it only reached an altitude of 16 feet and remained in the air for 53 seconds before descending, but it did so while fully self-piloted. The team conducted another test flight the day after, and by the sound of things, that one also went well.

Airbus created the project to "democratize personal flight" by leveraging all the latest technologies, including machine vision and electric propulsion. Based on that vision, the Vahana team created Alpha One as a single-passenger electric vertical-take-off-and-landing (VTOL) self-piloted vehicle. The company's ultimate goal is to build an autonomous passenger drone network, similar to the ride-hailing fleet of self-driving cars Waymo is preparing to launch this year, but way more ambitious. Before that happens, though, Airbus has to develop its technology further and to perform loads more flight tests until it can transition to forward flight.

Source: Vahana
In this article: airbus, autonomoustaxidrone, flyingtaxi, gear, test, transportation, vahana
All products recommended by Engadget are selected by our editorial team, independent of our parent company. Some of our stories include affiliate links. If you buy something through one of these links, we may earn an affiliate commission.