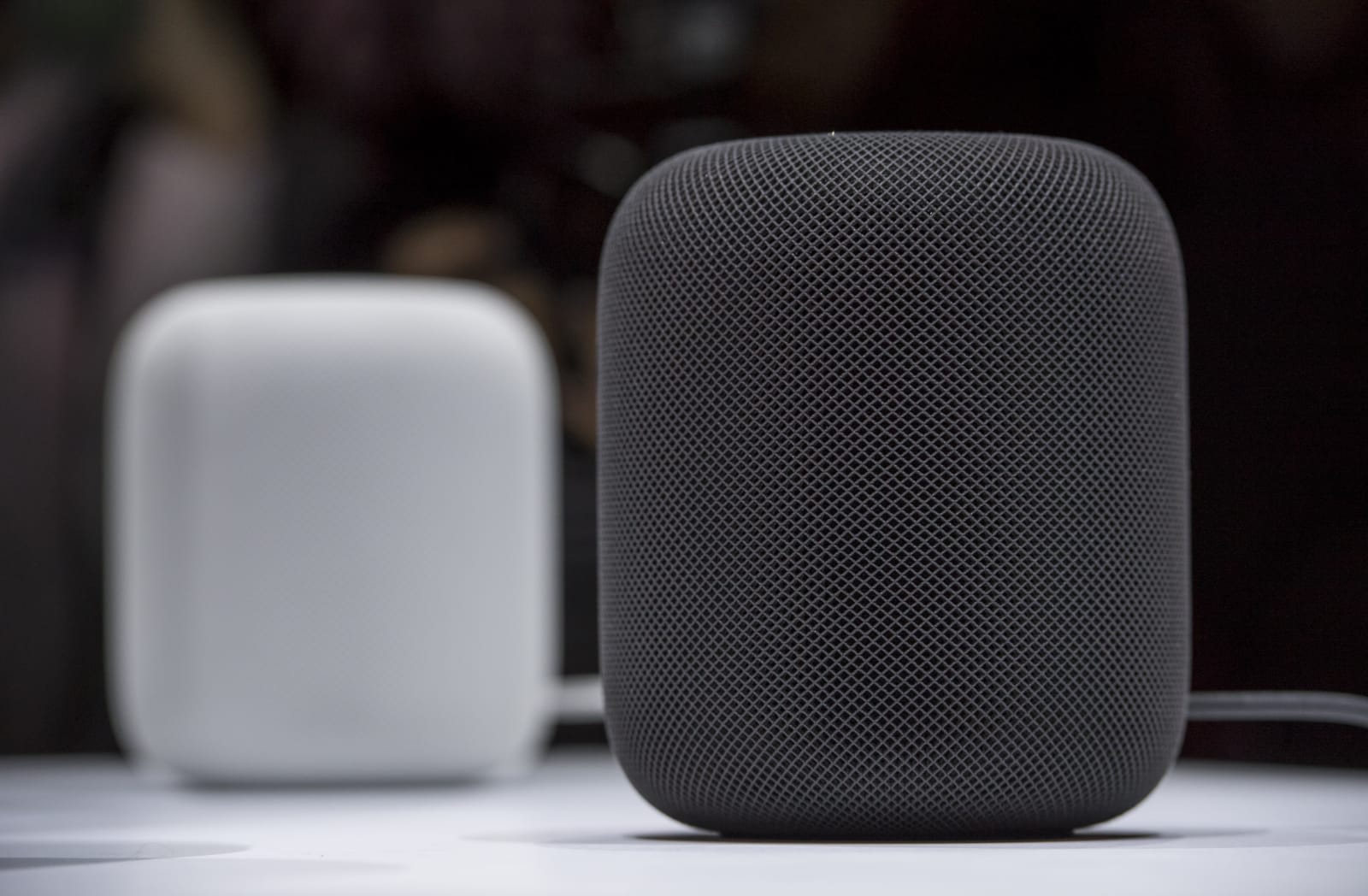 If you were hoping to use the HomePod as a regular Bluetooth speaker, forget about that. Apple has revealed more about the wireless capability and audio sources for its Siri-powered device, and while it has the necessary hardware for Bluetooth streaming, currently it only supports third-party services through Apple's proprietary AirPlay protocol. As was expected, that pretty much eliminates Android and other devices as sources, even if you're running Apple Music, making the HomePod a product strictly for Apple device owners.

Furthermore, just to set it up, you'll need an iOS 11-capable Apple device, as the Verge notes. And for third-party apps like Spotify, you won't be able to play songs via Siri voice commands, it seems. Once it's installed, however, guests with iOS 8 and up and OS X Yosemite and later will be able to connect via peer-to-peer AirPlay.

From the get-go, the HomePod is somewhat handicapped against rival products. The Sonos One, for instance, lets you connect to WiFi and play music from whatever source you want, and its Alexa voice assistant will help you play your Spotify tunes, too. Sonos is even rubbing it in a bit by selling two Sonos Ones for the price of a HomePod, which in any event won't support stereo pairing until updates arrive later this year.

Via: The Verge
Source: Apple
In this article: apple, AppleMusic, av, Bluetooth5.0, compatibility, gear, Homepod, iTunesMatch, Streaming
All products recommended by Engadget are selected by our editorial team, independent of our parent company. Some of our stories include affiliate links. If you buy something through one of these links, we may earn an affiliate commission.