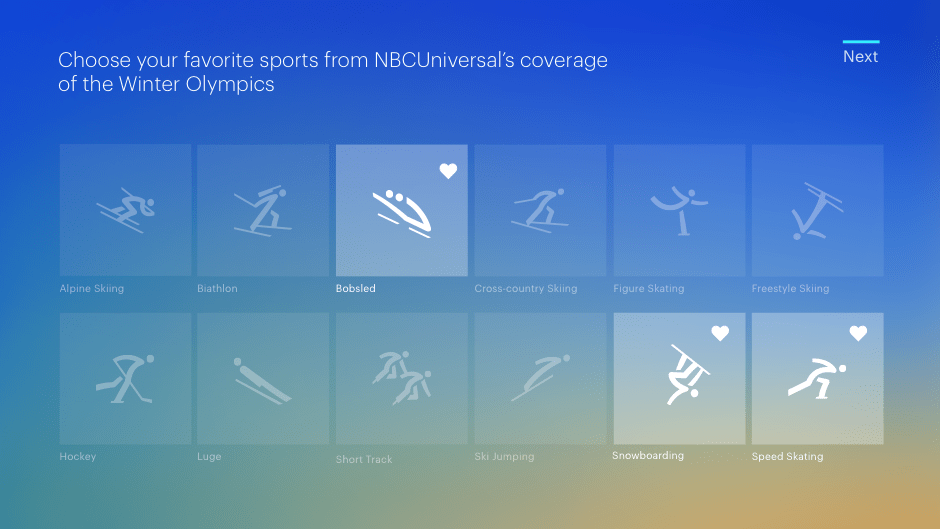 The 2018 Winter Olympics are just around the corner and while anyone with access to NBC channels will be able to watch the competitions and events, those with Hulu Live TV will get to build a personalized viewing experience tailored to their interests. Starting today, Hulu will let those with a Live TV subscription pick which Olympic sports they're most interested in and from there, it will customize users' UIs based on those preferences. For example, users selecting luge and freestyle skiing as their favorites will see coverage of those events appear up top in the Olympic Winter Games section of the Hulu UI. They'll also see replays, highlights and athlete profiles surfaced.

Subscribers will have access to all of NBC's Olympics coverage, but content in their Olympics collection will be ranked based on their preferences. Hulu is also putting together other collections of content that will compile highlights and clips from the Games. 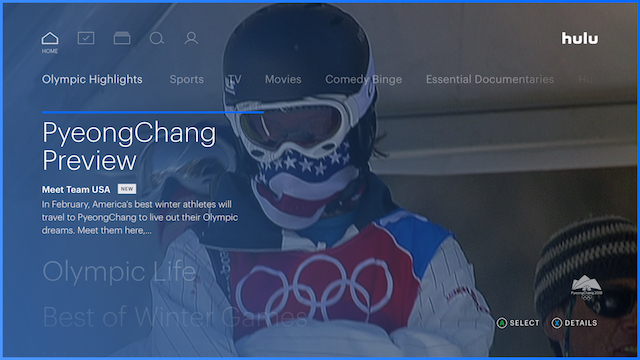 Comcast announced earlier this month that it's also giving Xfinity subscribers some useful and exclusive ways to view Olympic coverage. Its offerings include a feature that will let users jump into a live broadcast at any point and restart it from the beginning as well as "virtual channels" that will be centered on both specific sports and themes like "biggest upsets" and "funniest moments." Additionally, Olympics fans can catch some Olympic preview shows over on Netflix and NBC is releasing VR coverage of the Games that will work on a number of devices.

With so much Olympic coverage available for viewers to watch, Hulu's personalization tools are definitely useful. The Olympic Games kick off on February 8th and run through the 25th.

Source: Hulu
In this article: av, Comcast, entertainment, hulu, HuluLiveTV, NbcUniversal, netflix, services, WinterOlympics, xfinity
All products recommended by Engadget are selected by our editorial team, independent of our parent company. Some of our stories include affiliate links. If you buy something through one of these links, we may earn an affiliate commission.