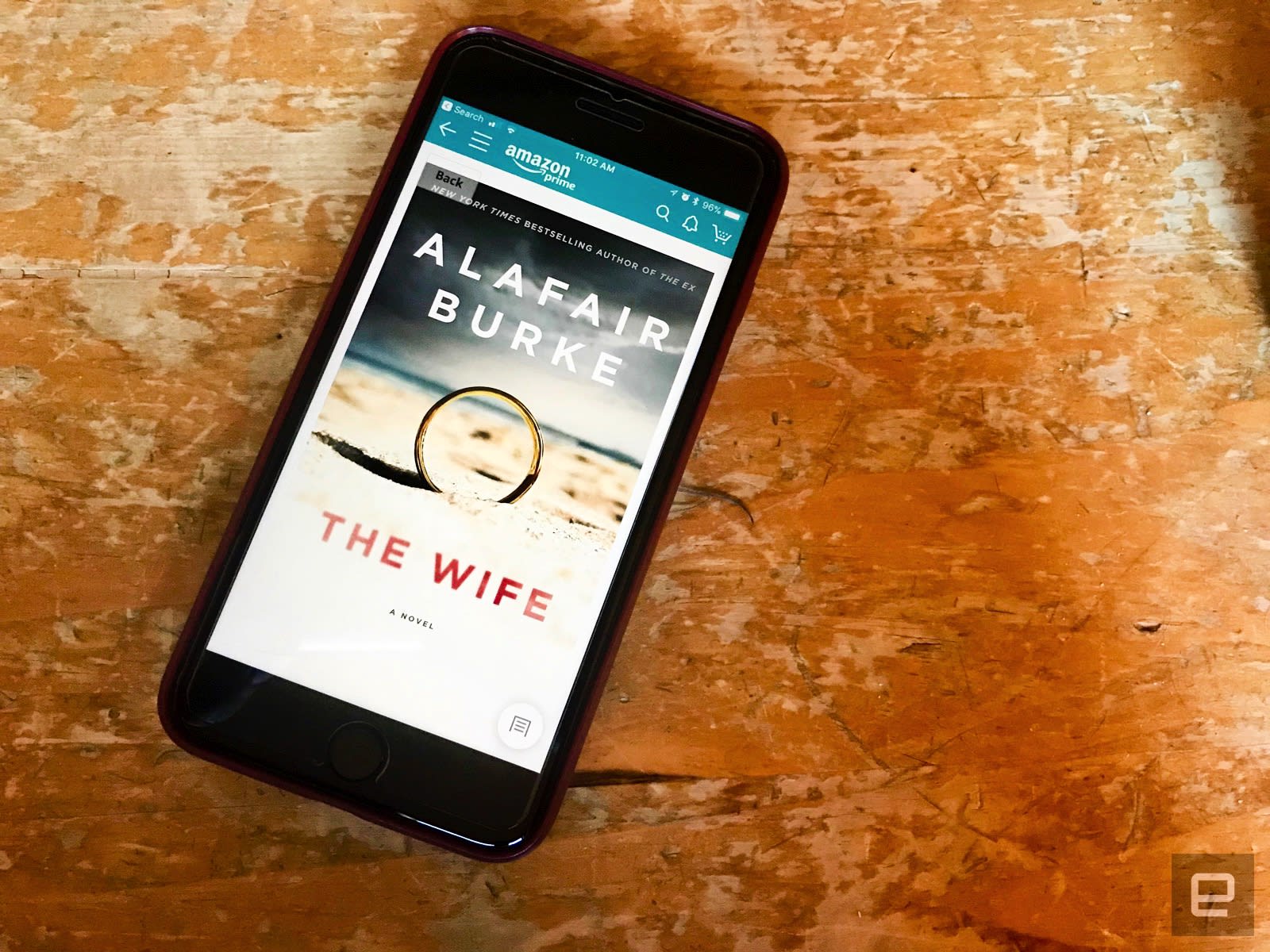 Amazon Studios is ramping up its efforts in the streaming space lately in a push to focus on bigger movies and television shows. The company hired NBC's Jennifer Salke as its new head executive to take the place of the disgraced Roy Price, and has picked up some high-profile content, like Ian M. Banks' well-regarded Culture novels for a television series. Now Amazon won the rights to Alafair Burke's novel The Wife, which is heavily influenced by the current #MeToo zeitgeist.

According to Deadline, Amazon was one of five bidders for the novel, which is Burke's 13th novel. She's also set to write the movie script in a deal that reportedly reached seven figures. Burke is a graduate of Stanford Law, former prosecutor, a professor of criminal law and the daughter of crime novelist James Lee Burke. The Wife came out last month, and revolves around a woman named Angela Powell who finds out that her high-profile celebrity husband has been accused of sexual assault by more than one woman. When one accuser disappears, Powell must decide whether to stand by her man or take a closer look at the truth.

Source: Deadline
In this article: alafairburke, amazon, amazonprime, av, entertainment, metoo, movie, rights, thewife, thriller
All products recommended by Engadget are selected by our editorial team, independent of our parent company. Some of our stories include affiliate links. If you buy something through one of these links, we may earn an affiliate commission.