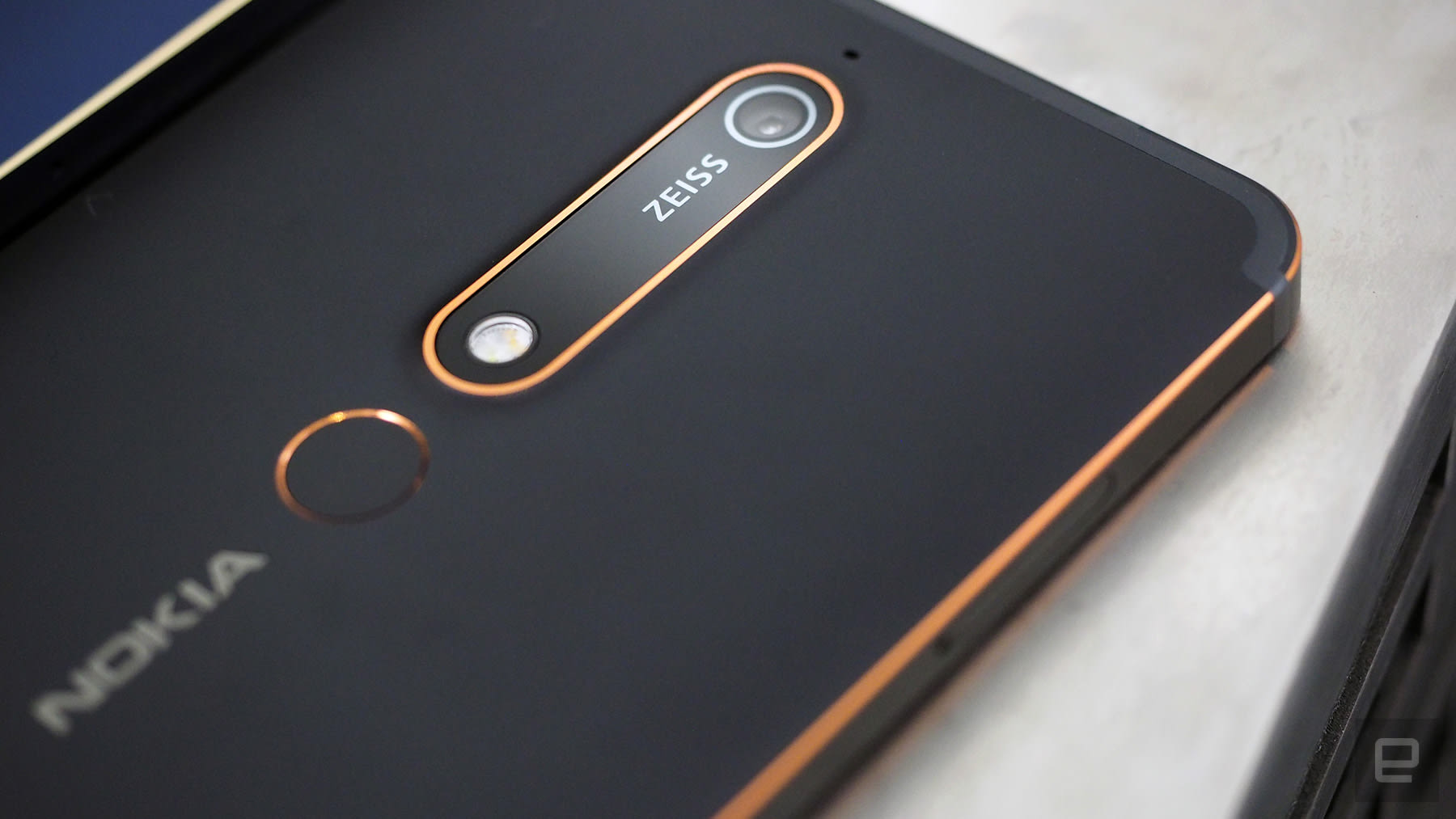 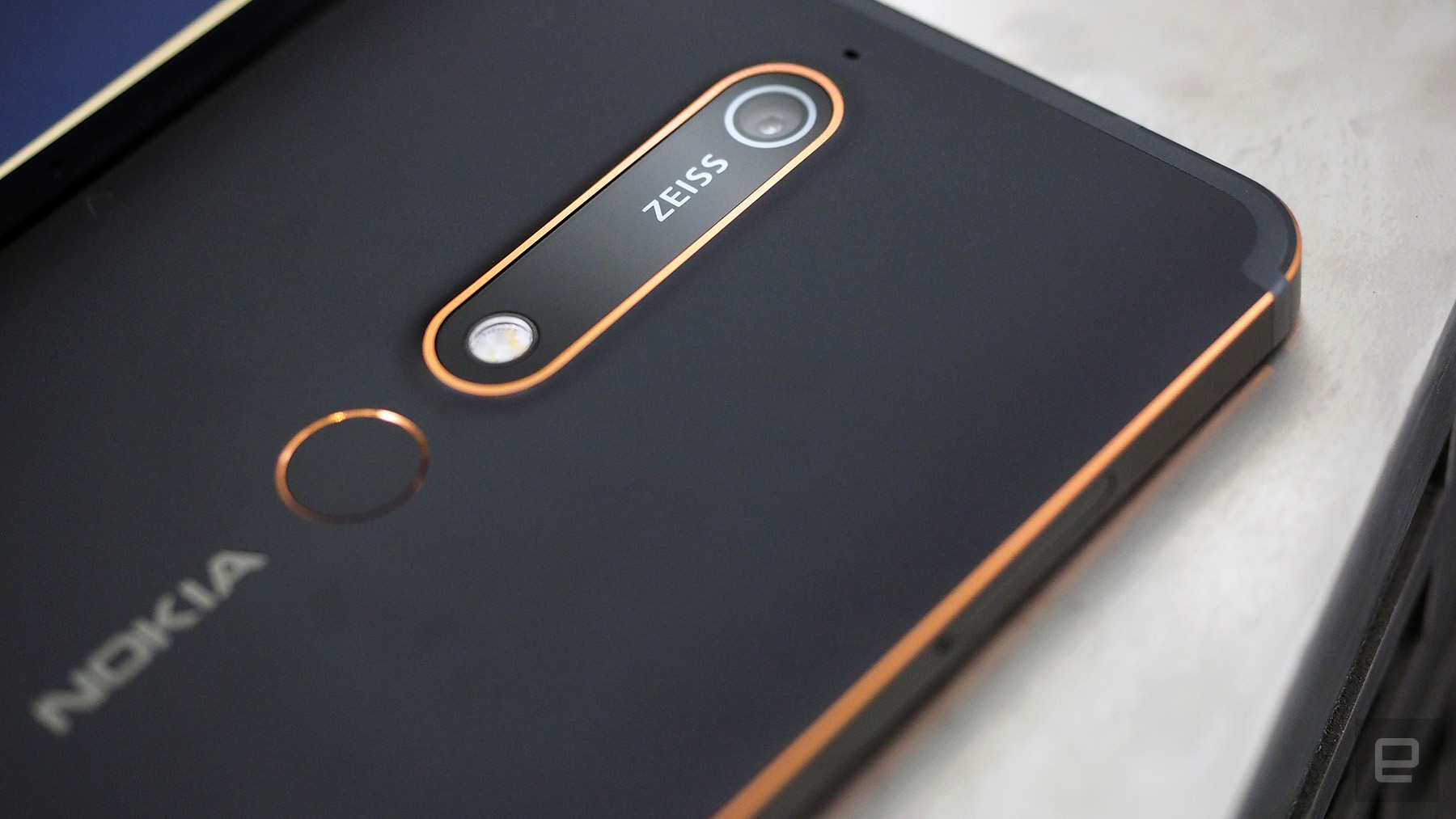 Generating hype around the Nokia brand with retro-inspired feature phones is all well and good, but that doesn't necessarily result in people opening their wallets. And to best cash in on any interest, you need a little something for everyone. To that end, HMD Global has announced a number of new Android smartphones at MWC beyond its pricey flagship. There's the Nokia 1, the company's cheapest entry-level device to date; the second-gen Nokia 6, which is going global after debuting in China last month and the Nokia 7 Plus, a bigger version of the China-exclusive 7, which was released last fall.

I'm not going to dedicate much time to poring over the specs. As you can see from the table, it's all more-or-less par for the course. By the numbers, the Nokia 1 packs the usual specifications you'd expect for an entry-level device at an affordable price. Similarly, the Nokia 6 (a known quantity anyway) hits that mid-range sweet spot, and the Nokia 7 Plus is appropriately beefed up to reflect the added pressure it puts on the purse strings. However, beyond the specs, each of the handsets also has its own distinct design and personality.

The Nokia 1 is by far the cutest of the three, conjuring up memories of some of the old Nokia Lumia Windows Phones (particularly the Lumia 620). It still feels compact despite a wealth of bezel framing its 4.5-inch display, and because the curvature at the top and bottom of the handset flow differently, it's a more interesting shape than a simple square with rounded corners. The Nokia 1 is also unashamedly plastic, with HMD spinning that as a way to further personalize your phone with different Xpress-on covers (a term we haven't heard in quite a while). The affordable device will be one of the first running Android Oreo (Go Edition) when it ships in April. This offshoot of Google's mobile OS includes leaner Go versions of apps like Gmail, Assistant and Maps, which are designed to perform better on entry-level hardware. On a related note, all other Nokia smartphones from MWC onwards will be part of the Android One program, meaning they run stock clean software and are guaranteed to get OS updates for two years and security updates for three.

HMD only launched the Nokia 2 last fall -- an entry-level device itself -- but the Nokia 1 is even cheaper at $85 (circa €69/£61). Like Motorola's bargain bucket Moto C, it won't be for everyone but is aimed squarely at those wanting a cheap smartphone that's more than capable of doing all the basics.

You may have already read about the second-gen Nokia 6 when it was announced for the Chinese market in early January, but at the beginning of April, it makes its global debut. The €279 (around $343 or £246) mid-ranger hasn't picked up any upgrades for 2018, but boasts a more refined design. Much like Nokia phones from many moons ago, this thing is an absolute brick (in a good way), machined out of a single block of aluminum. Of all HMD's smartphones, it's by far the most geometric and industrial. Though it's mostly flat and rectangular, it's softened by thin chamfered edges and lovely, luxurious two-tone color schemes. But if boxy isn't your style, then maybe the mellow curves of the Nokia 7 Plus will be more appealing. This slightly higher-end handset has the same robust build quality as the Nokia 6 but feels altogether different due to its ceramic-esque back -- an effect created by bonding a number of layers of paint to the aluminum frame. You will have two colors to choose from, but I feel the bronze-tinted metal dotted around the device blends better on the black model than the white. It might be called the Nokia 7 Plus, but it's quite different to the China-exclusive Nokia 7 released in October last year. As you've probably guessed, the Plus denotes a bigger screen: a 6-inch LCD display with full HD+ resolution (2,160 x 1,080), an 18:9 aspect ratio and super-slim bezels, to be exact. The camera situation has changed dramatically, too. Instead of a 16-megapixel shooter, the 7 Plus has a 12MP camera with Zeiss optics as well as a 13MP number with 2x optical zoom. The front-facing camera has also been bumped up from five megapixels to 16. The Nokia 7 Plus launches in April like the other two devices and will cost €399 (around $490, or £351), putting it somewhere between a mid-range device and a flagship.

Like many phone manufacturers, HMD is trying to make sure there's a Nokia phone for everyone and every budget. It's not solely concerned with making the spec sheet as attractive as possible, though, ensuring each handset has its own aesthetic appeal.

In this article: androidgo, gear, hands-on, HMD, hmdglobal, mobile, mwc2018, nokia, nokia1, nokia6, nokia7plus, smartphone, TL19NKIA
All products recommended by Engadget are selected by our editorial team, independent of our parent company. Some of our stories include affiliate links. If you buy something through one of these links, we may earn an affiliate commission.