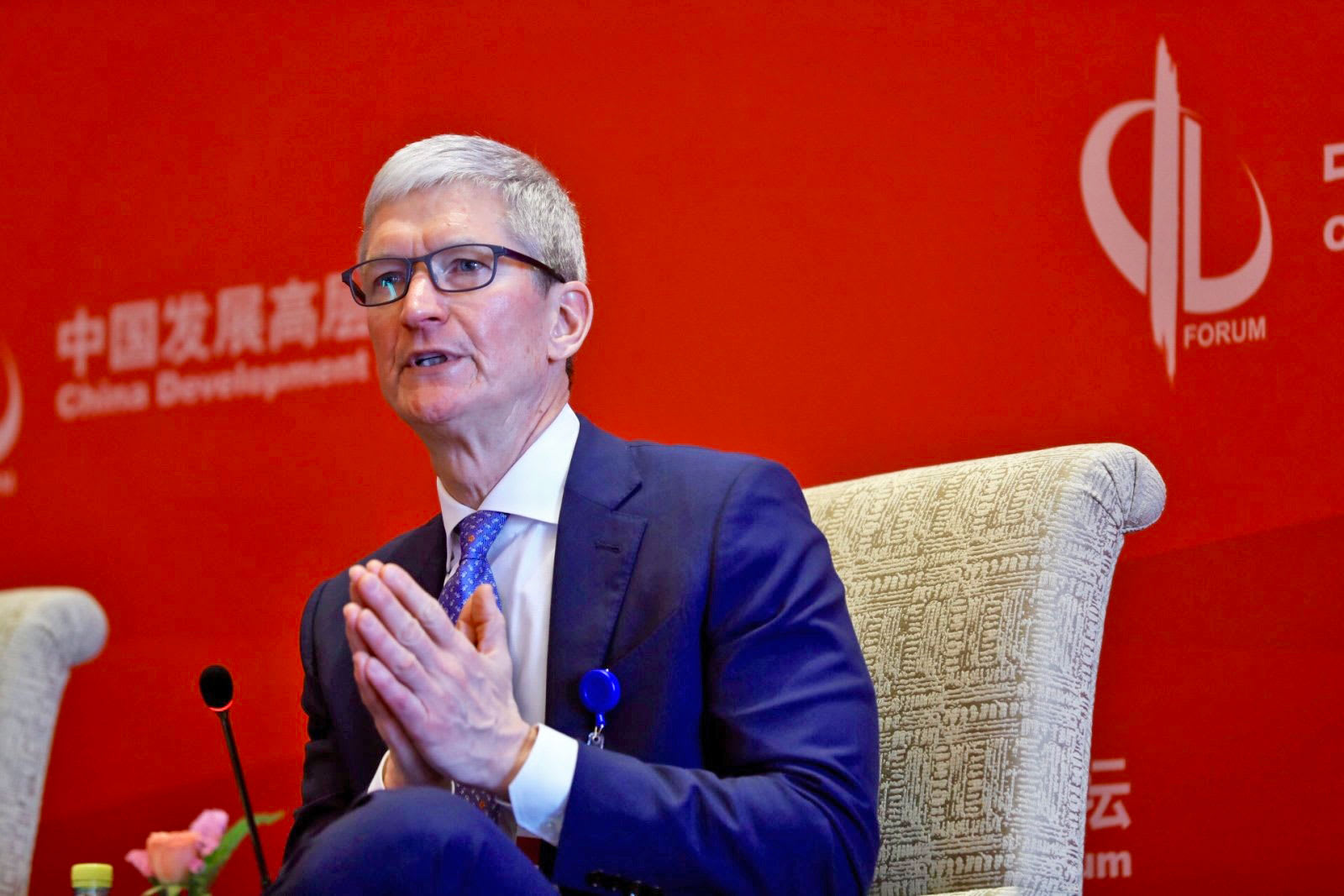 Apple has long positioned itself as a privacy advocate, but it's ramping up that stance in light of Facebook's data sharing with Cambridge Analytica. In a discussion at the China Development Forum, Tim Cook said that tougher, "well-crafted" regulation of personal data is likely "necessary" in the wake of Facebook's crisis. The ability to learn "every intimate detail of your life" through your internet history and contacts "shouldn't exist," Cook said.

He argued that Apple had been concerned about just this sort of privacy breach for a long time. It saw that were giving up info without understanding what they were doing, and that companies were creating profiles that would leave people "incredibly offended" when they learned the truth. This has happened "more than once," Cook added.

Facebook hasn't been free from scrutiny, as it has needed permission to collect and share your data through an FTC consent decree from 2011. That's not the same as all-encompassing regulation, but it's now facing an FTC investigation over the Cambridge Analytica incident for allegedly violating that decree. Officials may decide that decrees like this aren't enough to curb privacy behavior.

There's no certainty that the US government will listen to Cook's message -- China certainly won't. His views carry a lot of weight, though, and it's entirely possible that the CEO's reaction will dictate Apple's privacy strategy in the long run, including its lobbying efforts.

Source: Bloomberg
In this article: apple, cambridgeanalytica, data, facebook, gear, internet, politics, privacy, regulation, timcook
All products recommended by Engadget are selected by our editorial team, independent of our parent company. Some of our stories include affiliate links. If you buy something through one of these links, we may earn an affiliate commission.