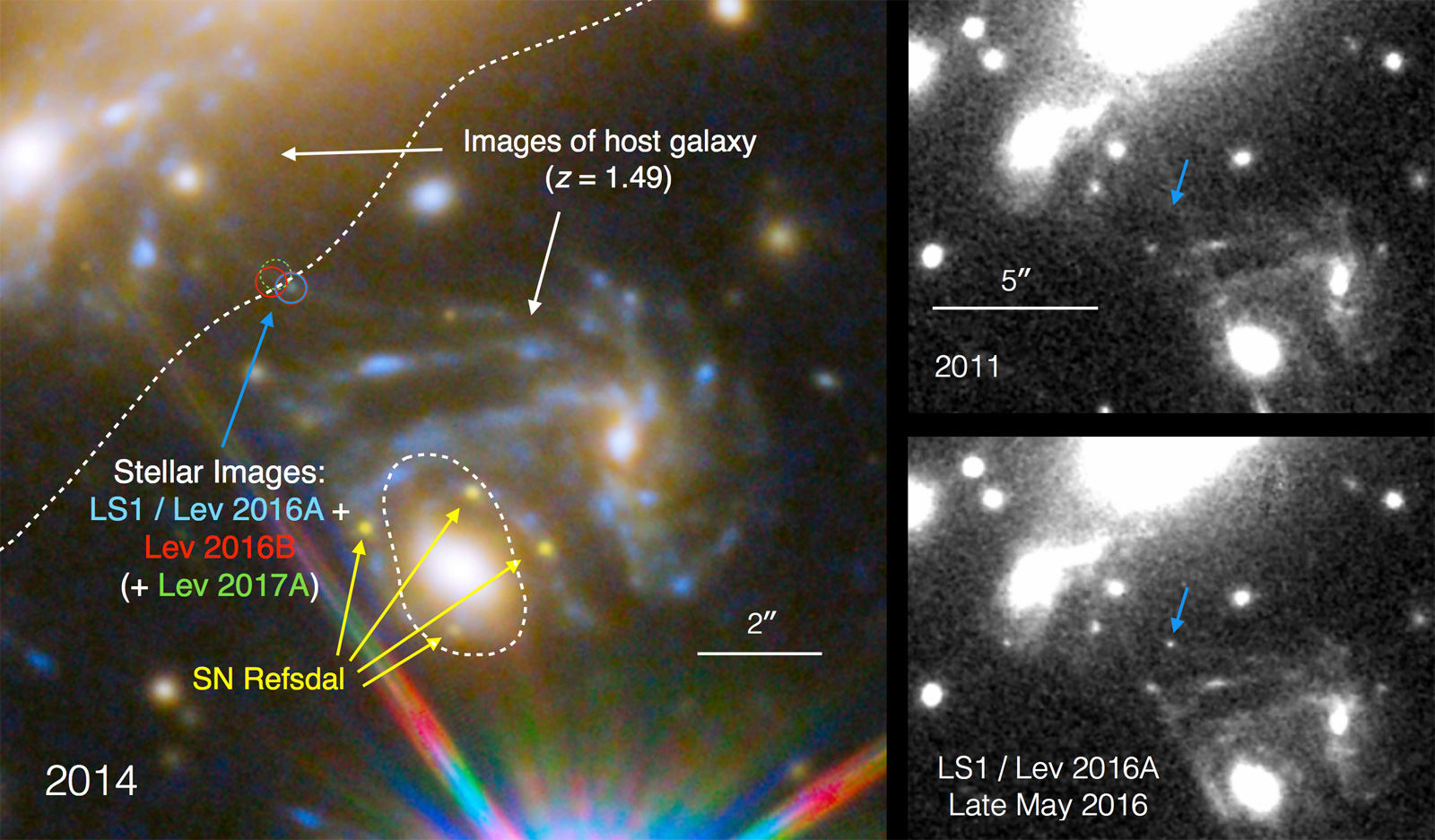 Astronomers have spotted numerous extremely distant galaxies, but spotting individual stars is understandably much more difficult unless they go supernova. Sometimes, though, cosmic alignment works in their favor. Researchers using Hubble space telescope data have spotted Icarus (aka MACS J1149+2223 Lensed Star 1), a blue supergiant whose light was emitted when it was 9 billion light years away from Earth -- over 100 times farther than the previous record-setter. They captured the star thanks to a rare, ideal gravitational lensing effect where the star's light was magnified not only by the gravity of an in-between galaxy cluster 5 billion light years from Earth, but by a star inside that cluster. All told, the lensing magnified Icarus 2,000 times.

Observers had been keeping close watch on the cluster since 2014, when they'd detected a supernova that turned out to be present in a galaxy 9 billion light years away. They realized Icarus was present in April 2016, when a point of light near the supernova seemed to change brightness.

Don't get too attached to this new discovery. With this kind of distance, Icarus has long-since turned into a neutron star or black hole. The findings are still advancing science in ways you might not expect, however. As the Guardian noted, the Icarus study ruled out a theory that dark matter consists of black holes. If that had been the case, they would have brightened Icarus even more. And if nothing else, this proves that humanity can detect more than just the largest and brightest celestial objects at these kinds of distances.

Via: Guardian, Syfy
Source: Nature
In this article: astronomy, astrophysics, gear, gravitationallensing, hubble, hubblespacetelescope, space, star
All products recommended by Engadget are selected by our editorial team, independent of our parent company. Some of our stories include affiliate links. If you buy something through one of these links, we may earn an affiliate commission.