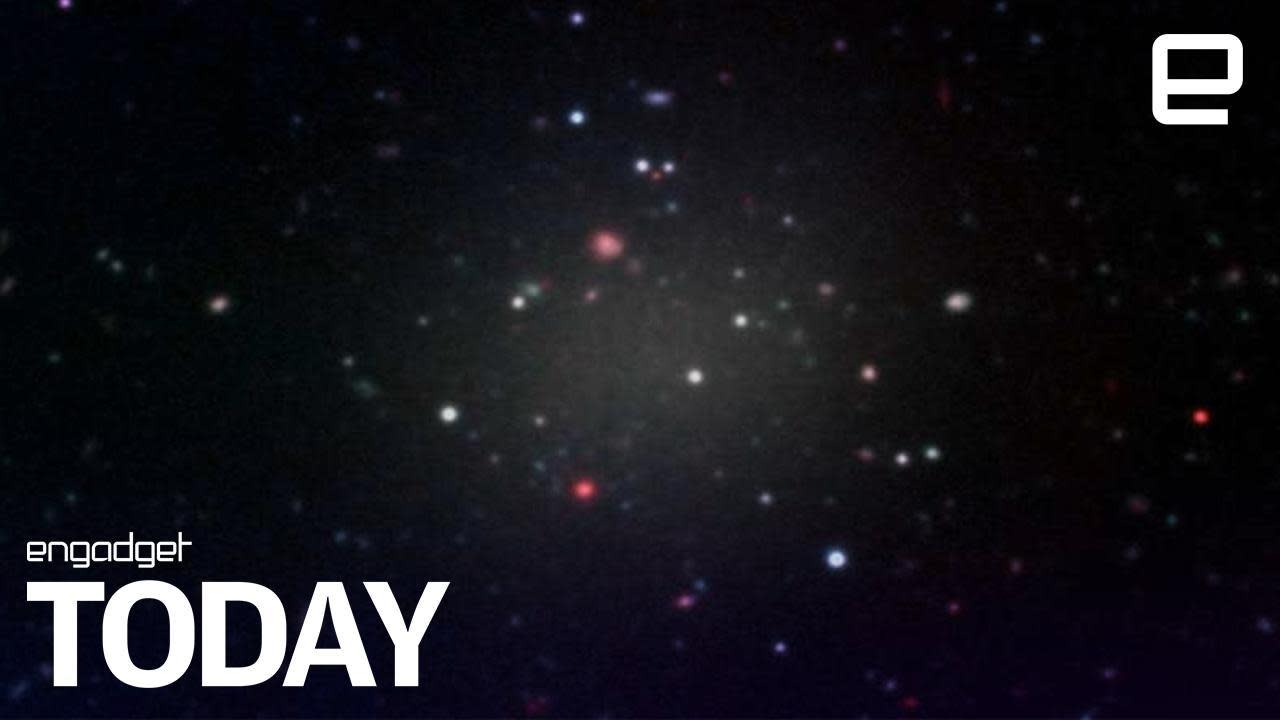 The complexities of space are pretty mind-boggling, but there are a handful of accepted theories on which scientists base their research. Space is a vacuum, for example, while a light-year is about 5.88 trillion miles. So researchers at Yale University were understandably shocked when they discovered that one long-held theory might not be right. For years, science has assumed galaxies and dark matter go hand in hand. Now, a galaxy has been discovered that's almost completely devoid of it.

According to lead author Pieter van Dokkum, dark matter has always been regarded as the most dominant aspect of any galaxy. "For decades, we thought that galaxies start their lives as blobs of dark matter," he explained. "After that everything else happens: gas falls into the dark matter halos, the gas turns into stars, they slowly build up, then you end up with galaxies like the Milky Way." So finding this dark matter-less galaxy, catchily-named NGC1052-DF2, "challenges the standard ideas of how we think galaxies form."

The team made the discovery using a range of equipment, including custom-built telescopes and object spectrographs. Detailed images of NGC1052-DF2 revealed no signs of it interacting with other galaxies, but did show a collection of relatively bright point-like sources, which turned out to be globular clusters. These clusters are large compact groups of stars that orbit the galactic core. Spectral data showed that these clusters were moving significantly slower than you'd expect in a galaxy, and as a rule of thumb, the slower the objects move, the less mass there is in that system. The team's calculations then showed that all of the mass in the galaxy could be attributed to the mass of these stars, which means there is almost no dark matter in NGC1052-DF2.

The team isn't sure how this oddball galaxy came to be. "There is no theory that predicted these types of galaxies," said van Dokkum. "The galaxy is a complete mystery, as everything about it is strange. How you actually go about forming one of these things is completely unknown." However, there are some speculative theories. One suggestion is that some kind of cataclysmic event swept out all the gas and dark matter, halting star formation. Another is that the creation of NGC1052-DF2 was somehow affected by the formation of another nearby dominant galaxy.

The team is now on the hunt for other dark matter-deficient galaxies, with three potential leads set to be explored in the coming months. But NGC1052-DF2 has nonetheless stumped scientists. "Every galaxy we knew about before has dark matter, and they all fall in familiar categories like spiral or elliptical galaxies," van Dokkum said. "But what would you get if there were no dark matter at all? Maybe this is what you would get."