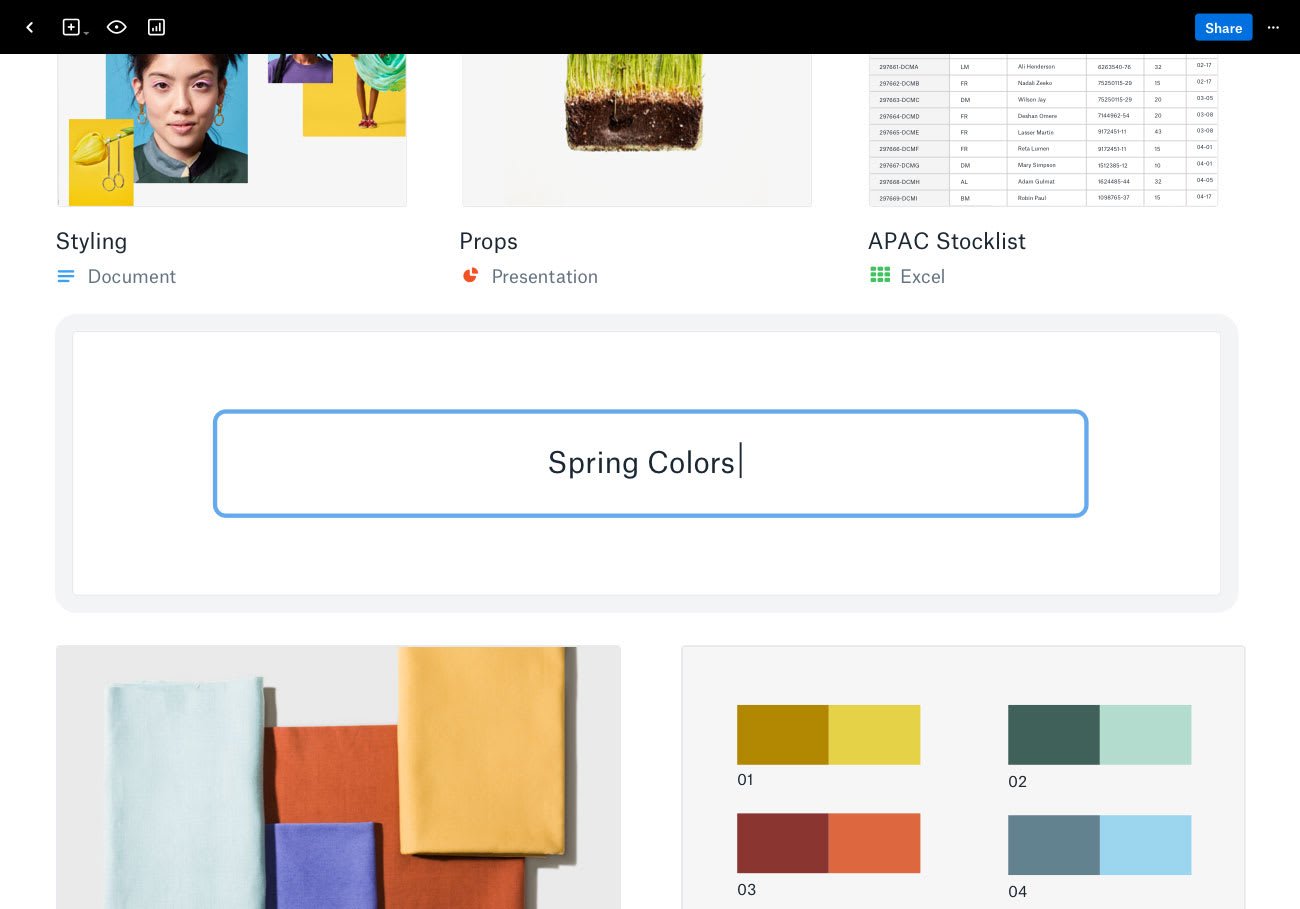 Since going public earlier this year, Dropbox has been steadily rolling out new features to its all-important business customers. Earlier this month, the company's Smart Sync feature had a wide release after several years of testing, and today Dropbox is announcing an expansion of the visual "Showcase" portfolio-sharing tools it introduced last fall. If you haven't seen it, Showcases are meant to be a more distinctive way to share a group of files; instead of just providing links to folders, Showcases feature large images and headers alongside rich previews of the files contained inside.

Dropbox originally rolled out Showcases as part of a $20/month "professional" tier aimed at individual proprietors and small business, but as of today they're available to the company's Business Advanced and Business Enterprise customers. As the names imply, these are typically pretty massive corporations, but Dropbox's Vinod Valloppillil (group project manager for premium products) said that he imagines big companies will use Showcases the same way individuals do.

"One thing we've seen Showcases used for in a large company is any situation where you want your content and presentation to look very professional while still having lots of control over it," Valloppillil said. Since Showcases technically share files in the same fashion as the rest of Dropbox, you can make things read only or revoke access, and the company is adding some new control features today as well. Specifically, admins can decide whether Showcases can be shared externally or not, or whether the files can be downloaded or view-only. But when downloads are allowed, there's a "download all" button so users can grab all the shared files in one go. 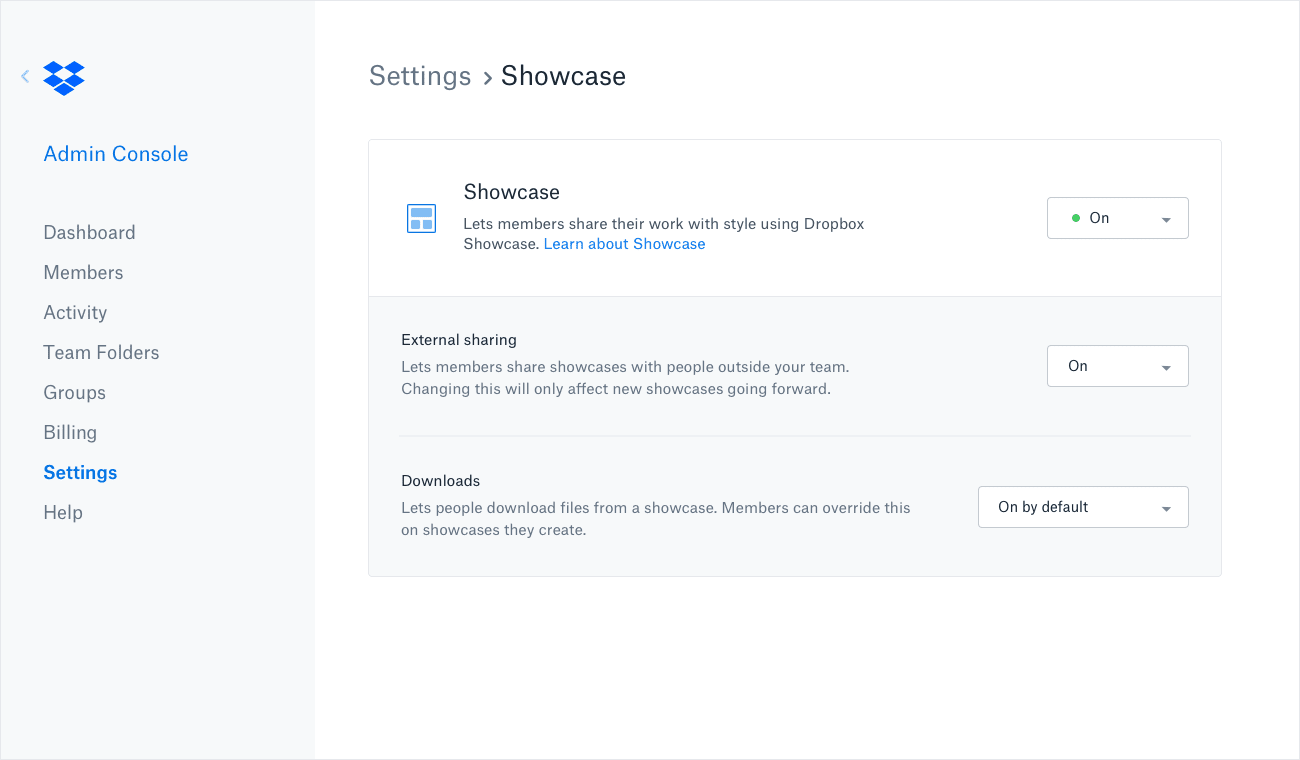 Based on user feedback during the testing period, Dropbox is also adding a handful of new features for Showcase creation. For starters, users can add multiple text headers to better organize their content. "When we started, most use cases involved three or four bits of content," Valloppillil said, "but as Showcases grow to dozens of bits of content, there's need for more narrative control." Dropbox is also making it easier to add things to a Showcase even if the files are stored elsewhere — you can just drag and drop right into the web interface, and files will get uploaded to your Dropbox and added to the Showcase at the same time.

Another set of changes come from users asking Dropbox for tools to make Showcase creation faster. "Something that surprised us was that a bunch of people use Showcases in a high volume environment," Valloppillil said, "so we're making it easier to create and distribute to multiple audiences." A new cloning tool takes an existing Showcase and makes a new copy, so you can share it with a different audience or use it as a template for a new document. This follows a feature added a few months ago that let users create a library of logos and headers to pull from when creating new Showcases in an effort to streamline the process of building the document.

Finally, Dropbox has improved the Showcase preview process -- creators can see how their documents will look on the recipient's end before sharing, and it includes mobile previews as well. The idea here is simply to make sure things look the way that the creator wants, regardless of what device they view on and whether they're logged into Dropbox or not.

All these features are available as of today for Dropbox Showcase users -- that includes the existing Dropbox Professional subscribers as well as the new Business user support that will begin rolling out now.

In this article: business, dropbox, Dropboxbusiness, FileSharing, gear, internet, services, showcase
All products recommended by Engadget are selected by our editorial team, independent of our parent company. Some of our stories include affiliate links. If you buy something through one of these links, we may earn an affiliate commission.