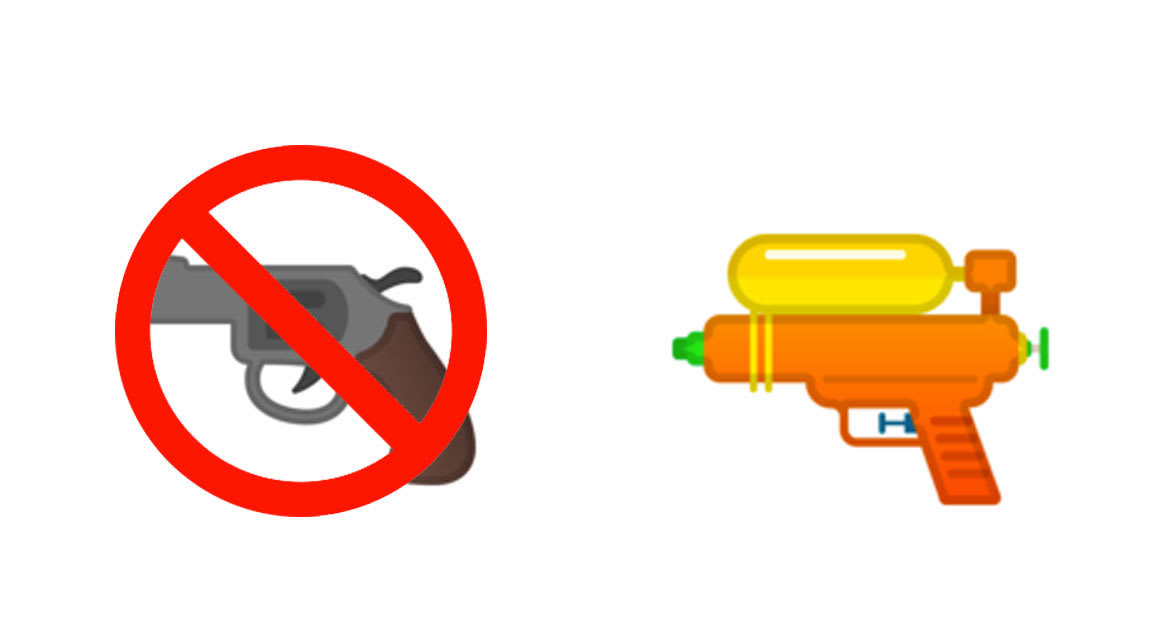 Google is updating its gun emoji to replace the image of a handgun with that of an orange and yellow water pistol. The change is, according to Emojipedia, rolling out to Android users in an update, and will help to make the squirt gun the de-facto symbol. It's a big step towards eliminating images of handguns from the language, which was started by Apple in 2016.

The iPhone maker was the first to swap out a glyph of a real weapon for a toy, and other platforms have since followed suit. WhatsApp, Samsung and Twitter have all chosen to abandon symbols representing real weapons in favor of toys. The two holdouts these days are Microsoft, which controversially changed its symbol from a '50s-style ray-gun to a pistol around the time Apple made its switch, and Facebook.

Microsoft said that it made its switch to ensure that the glyphs it sent were being commonly understood by others. After all, you don't want to be responsible for symbol conflicts as people talk across platforms to one another. But it's likely that, now that the tide has traveled the other way, both remaining outfits will seek to align themselves with the friendlier version of the emoji.

Source: Emojipedia
In this article: Apple, Emoji, gear, Google, Gun, internet, Samsung, Twitter, WaterPistol
All products recommended by Engadget are selected by our editorial team, independent of our parent company. Some of our stories include affiliate links. If you buy something through one of these links, we may earn an affiliate commission.