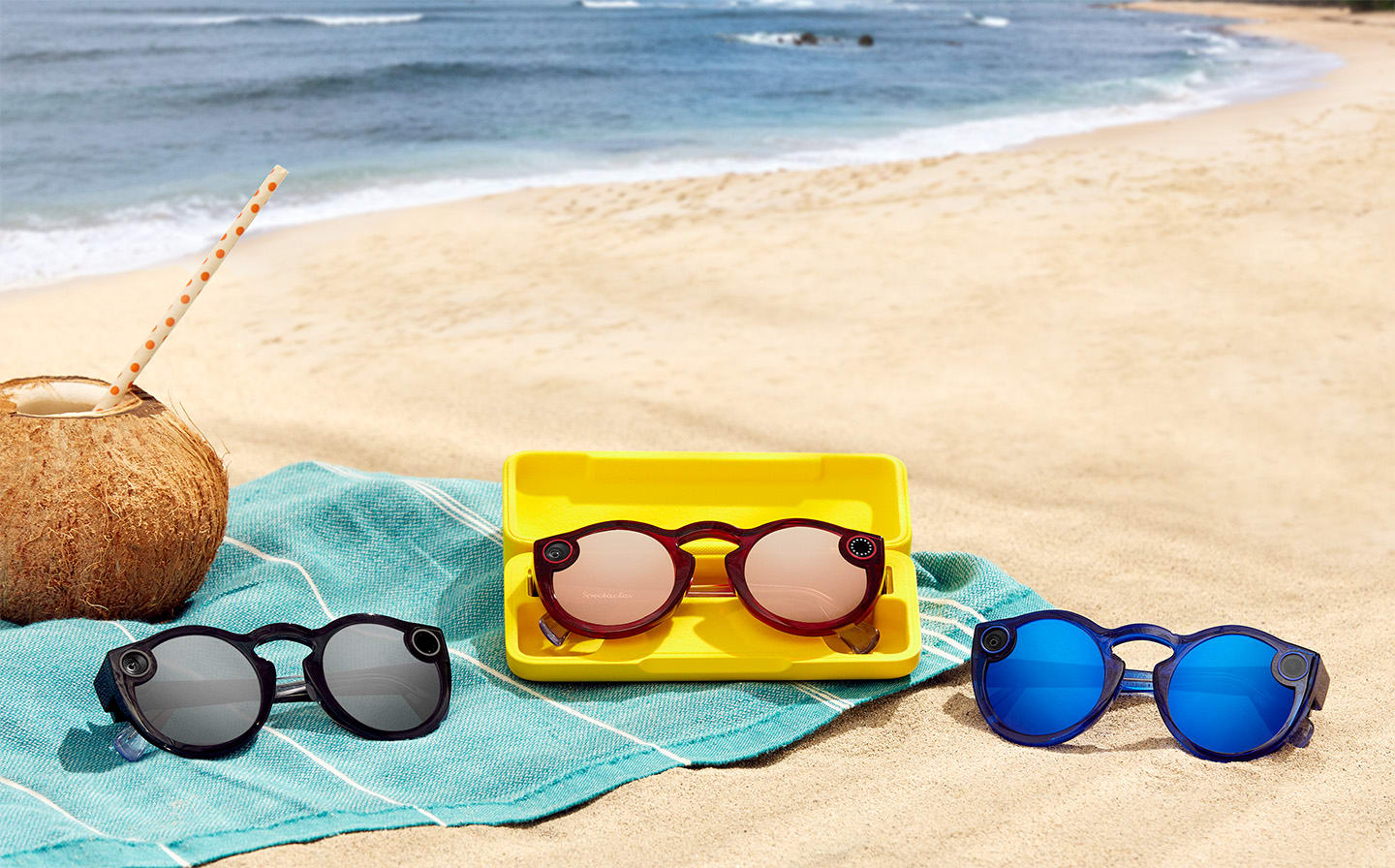 As rumored, Snap has unveiled a new set of Spectacles with new colors and better specs that address user complaints with the first model. To better aid in their spring break beach appeal, the new models are finally water resistant, for one thing. With new electronics, they're also lighter and more sleek while offering better resolution for both photos and video. You can also get them in three colors (Ruby, Onyx and Sapphire) that are a bit more exciting than the Teal, Coral and Black of the last model.

The temple area of the frame is 30 percent smaller than before, and the charging case has dropped in size by 20 percent. Video resolution is now 1,216 x 1,216 instead of 1,088 x 1,088, while the new photo mode (there wasn't one before) grabs Snaps at 1,642 x 1,642. What's more, there's a new WiFi-only import mode that works faster, so images now transfer in HD only, and appear in Memories four times faster. New dual microphones can grab better sound quality, the company adds.

The original $129 version of Spectacles arrived with a lot of buzz, but sales fizzled after less than a year, reportedly leaving hundreds of thousands of units unsold. Nevertheless, CEO Evan Spiegel said Snap sold 150,000 of the original Spectacles, significantly more than the 100,000 units it expected. 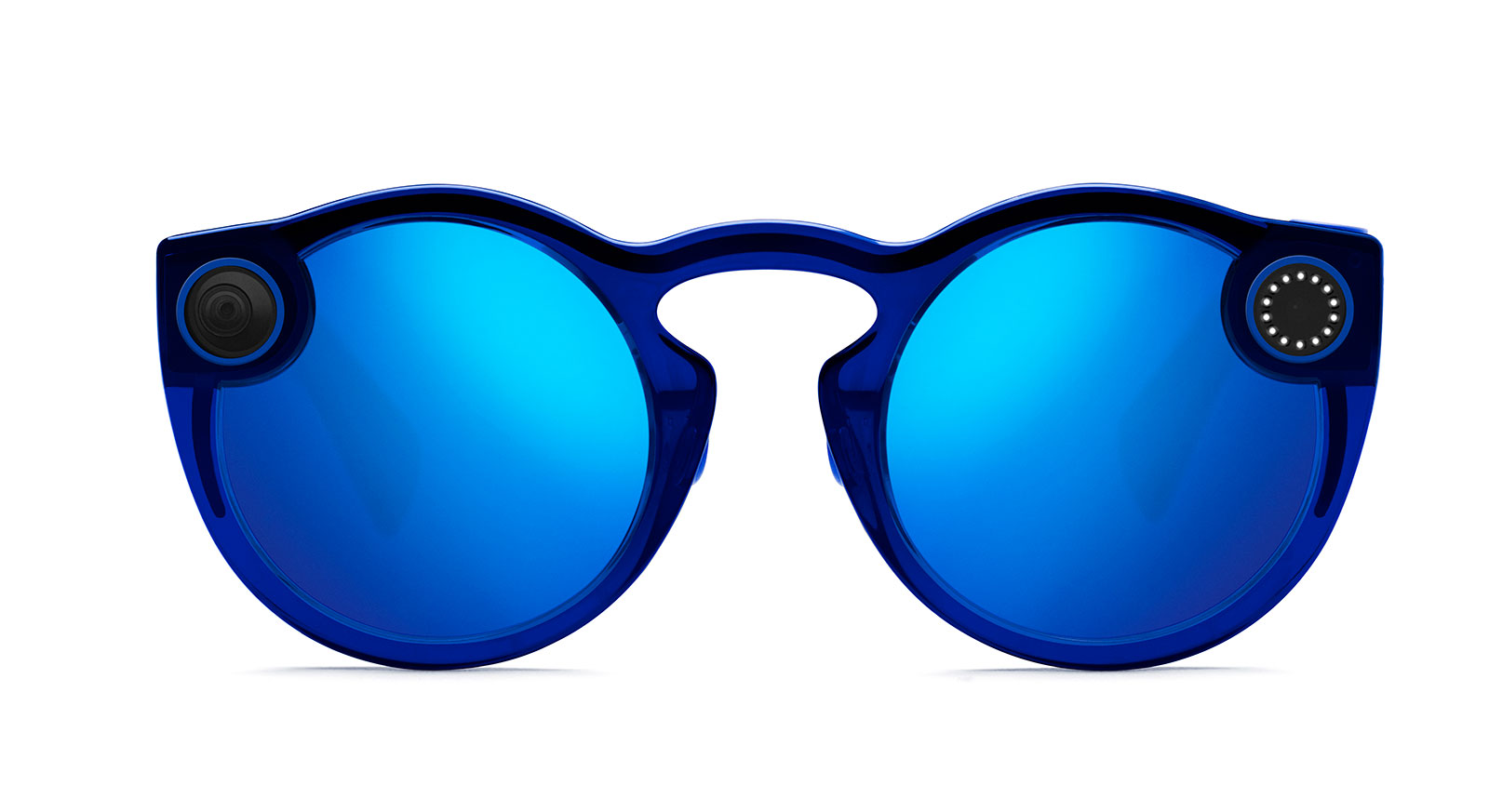 Other features of the new model include storage for 150 videos or 3,000 photos, home WiFi syncing, up to four charges with the charging case, and inward- and outward-facing lights that tell you and other folks you're recording. The new Spectacles are exclusively available at Spectacles.com for $150 (£150 in the UK) in the US, Canada and France, and are coming elsewhere in Europe on May 3rd.

Source: Spectacles
In this article: Colors, gear, PhotoMode, Snapchat, Spectacles, WaterResistant, wearables
All products recommended by Engadget are selected by our editorial team, independent of our parent company. Some of our stories include affiliate links. If you buy something through one of these links, we may earn an affiliate commission.