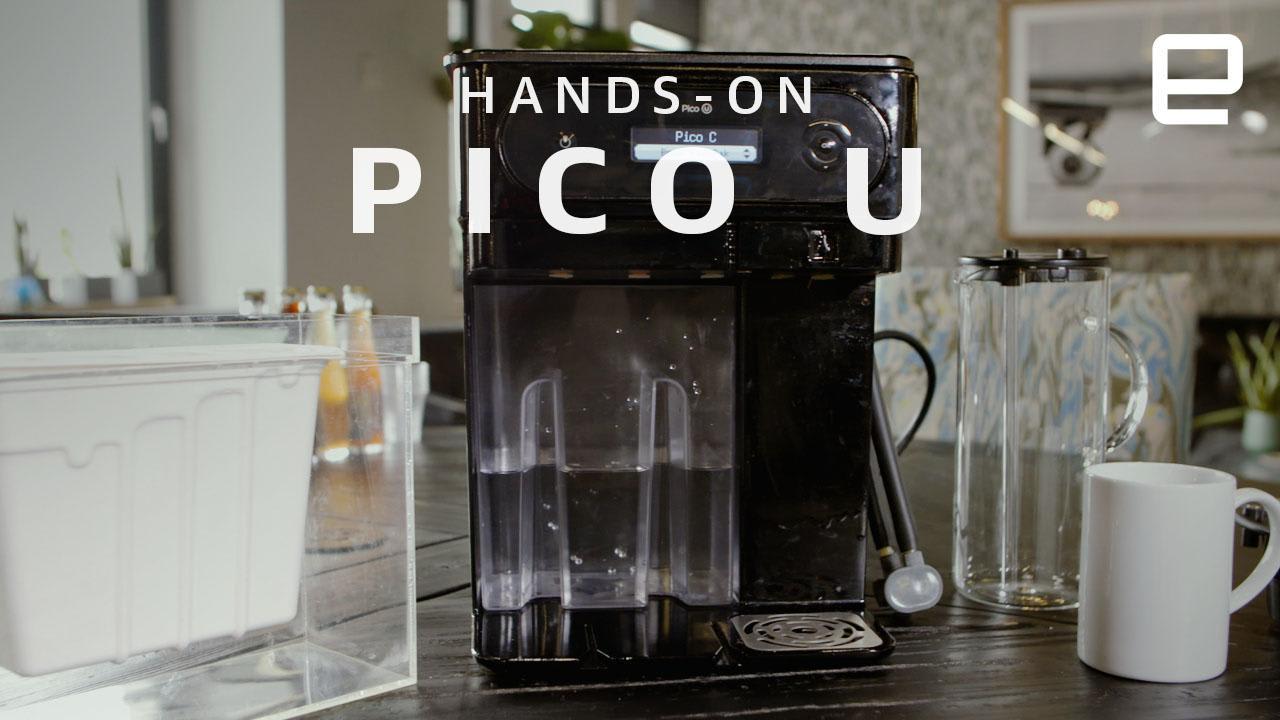 You've got to hand it to PicoBrew: The company is ambitious, if nothing else. After years of trying to perfect an automated, counter-top beer brewing machine, it's branching out to other beverages. In fact, it's basically branching out into all beverages -- at least all the ones you would call "brewed." The Pico U is what the company is calling a "universal" brewing machine, capable of making beer, coffee, tea, kombucha, horchata and a host of other drinks.

To be fair, most of the parts needed to make these other beverages were already in the model C announced last year. At their most basic, making beer, coffee or kombucha is essentially the same. You're really just heating water and pouring it over the appropriate ingredients. In the case of beer and kombucha, there's the added step of fermentation, but you don't need much in the way of specialized equipment for that.

There are parts that you'll need to swap in and out depending on what you're making, like the basket for coffee grounds and various sized filters for beer or other beverages. But at its heart the Pico U isn't terribly different from the Pico C. In fact, you can buy a bundle of accessories for the C that allow it to brew big batches of coffee, horchata and other "fusion beverages" as PicoBrew is calling them, just like the U.

As with the C, though, you'll still need to use PicoPaks if you want to make anything other than coffee. The company is even introducing a new PicoPak Mini format for coffee, tea and those so-called "fusion beverages." That means the machines are somewhat limited in what you can brew, but they do add an incredible amount of simplicity and convenience.

Beyond the new batch of attachments, the real change to the Pico U is in size and price. The Pico C fit on a countertop easily enough, but it was still about the size of an Instant Pot. The U is much smaller. When stripped down to the bare essentials, it's no bigger than a large drip coffee machine. Although, when pared back that much, it's only capable of making a single cup at a time. And in its early prototype stage, that cup of coffee is of questionable quality.

PicoBrew also ditched the metal body for an all plastic construction. It helps keep weight down, but more importantly it let the company push the price to just $169 during the Kickstarter campaign for the basic version, which makes coffee, tea and those "fusion beverages." The Pico U Deluxe, which you'll need to make beer will cost $189 during the crowdfunding campaign. Of course, if you wait until the devices hit shelves, you'll have to cough up slightly more: $249 and $299, respectively.

Source: PicoBrew (Kickstarter)
In this article: beer, brewing, coffee, distiller, exclusive, food and drink, food-and-drink, foodanddrink, gadgetry, gadgets, gear, hands-on, horchata, kombucha, picobrew, picou, spirits, video
All products recommended by Engadget are selected by our editorial team, independent of our parent company. Some of our stories include affiliate links. If you buy something through one of these links, we may earn an affiliate commission.