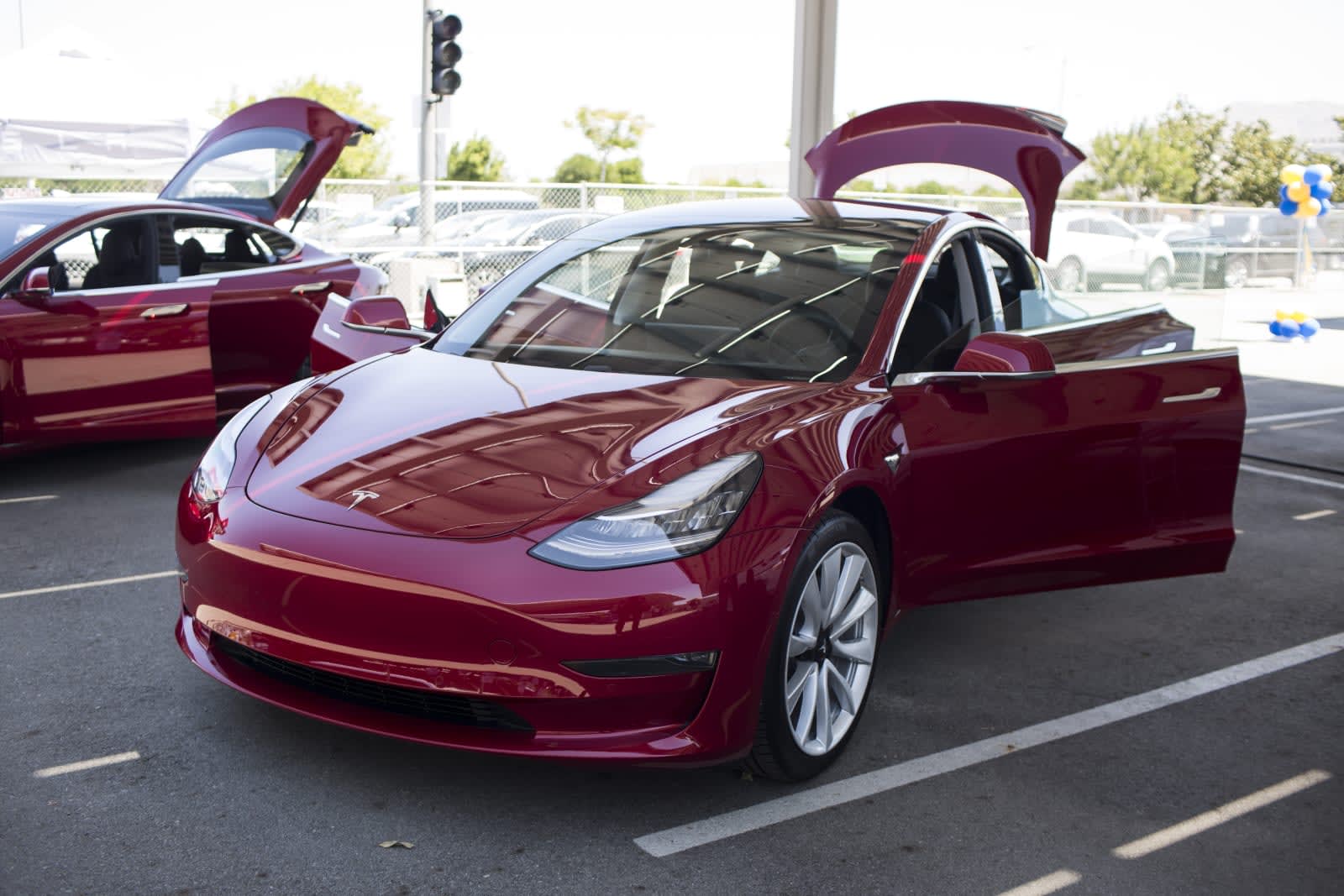 Tesla and Consumer Reports have a sordid history of squabbling over car reviews, and that's not about to stop just because the Model 3 is on the road. CR has stopped short of recommending the Model 3 following a handful of complaints, most notably braking. The publication found that the EV only came close to Tesla's estimated 60-to-0MPH braking distance (about 133 feet) once -- it more typically stopped in 152 feet, which was "far worse" than other modern cars and 7 feet further than a giant Ford F-150. This happened with a privately owned second tester, so it couldn't be chalked up to a fluke.

Not surprisingly, Tesla took issue with the claim. In a statement, a spokesperson maintained that its testing showed a 133-foot braking distance using the 18-inch Michelin all-season tires. The company also claimed that CR's test units may have been affected by a number of factors, including temperatures (both for the tires and the environment), the road surface and even "past driving behavior." And if there were issues, the spokesperson said, Tesla was in a better place to "address more corner cases" through software updates that could improve the stopping distance.

Who's telling the truth? It's not entirely clear. CR noted that other outlets' braking results were all over the map. Car and Driver said it saw a "bizarre amount of variation" in its more aggressive 70-to-0MPH tests, with an average of 176 feet but an "interminable" 196 feet in one case. This wasn't always the case -- Motor Trend saw the car come to a halt from 60MPH in just 119 feet with 19-inch wheels.

As it stands, braking wasn't CR's only objection. It complained about "stiff" ride quality, and was worried that the near-exclusive use of a touchscreen for the interface risked causing a "distraction" for drivers who had to take their eyes off the road to make changes. The publication had plenty of positive compliments for the Model 3, including its "record" EV range (350 miles with heavy regenerative braking) and "agile" performance that made it more exciting to drive than some sports cars. Even so, it's clear that Elon Musk and crew won't warm up to CR unless there's either a change of heart (not very likely) or an update that tackles the braking issue.

Via: Electrek, Reuters
Source: Consumer Reports
In this article: car, consumerreports, electriccar, electricvehicle, ev, gear, model3, safety, tesla, transportation
All products recommended by Engadget are selected by our editorial team, independent of our parent company. Some of our stories include affiliate links. If you buy something through one of these links, we may earn an affiliate commission.