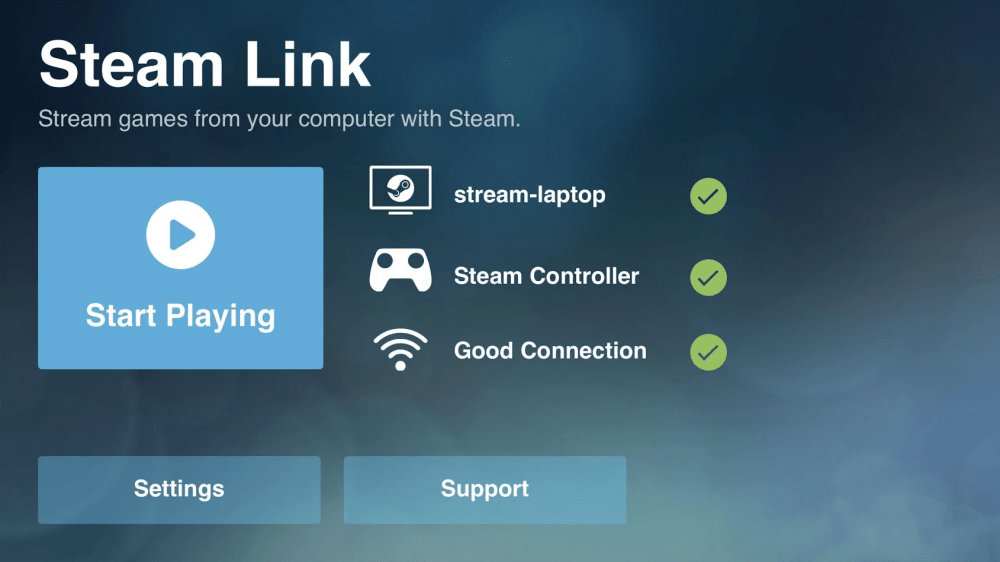 Valve's Steam Link was on course to come to mobile this week. While the beta version arrived on Google Play just fine, the iOS app appears to have hit an unexpected roadblock. Valve said in a statement that Apple approved then withdrew it from the App Store:

"On Monday, May 7th, Apple approved the Steam Link app for release." It continues: "The following morning, Apple revoked its approval citing business conflicts with app guidelines that had allegedly not been realized by the original review team."

Steam Link launched as a way to beam PC games onto TV, allowing players to enjoy their favorite titles from the comfort of their sofa. Valve apparently tried to appeal the ruling, pointing out the abundance of free game-streaming apps already live in the marketplace. However, those pleas went unheeded.

"The team here spent many hours on this project and the approval process, so we're clearly disappointed. But we hope Apple will reconsider in the future."

The strange retraction leaves iOS owners hoping to use Steam Link in limbo. Apple hasn't detailed the reasons behind its rejection, but Moonlight and Remotr are available as alternatives. Rainway is another streaming service that just entered beta, and will eventually support streaming on Xbox One, PlayStation 4 and Nintendo Switch.

Via: Cnet
In this article: apple, av, entertainment, gamestreaming, gaming, ios, mobile, steam, steamlink, streaming
All products recommended by Engadget are selected by our editorial team, independent of our parent company. Some of our stories include affiliate links. If you buy something through one of these links, we may earn an affiliate commission.