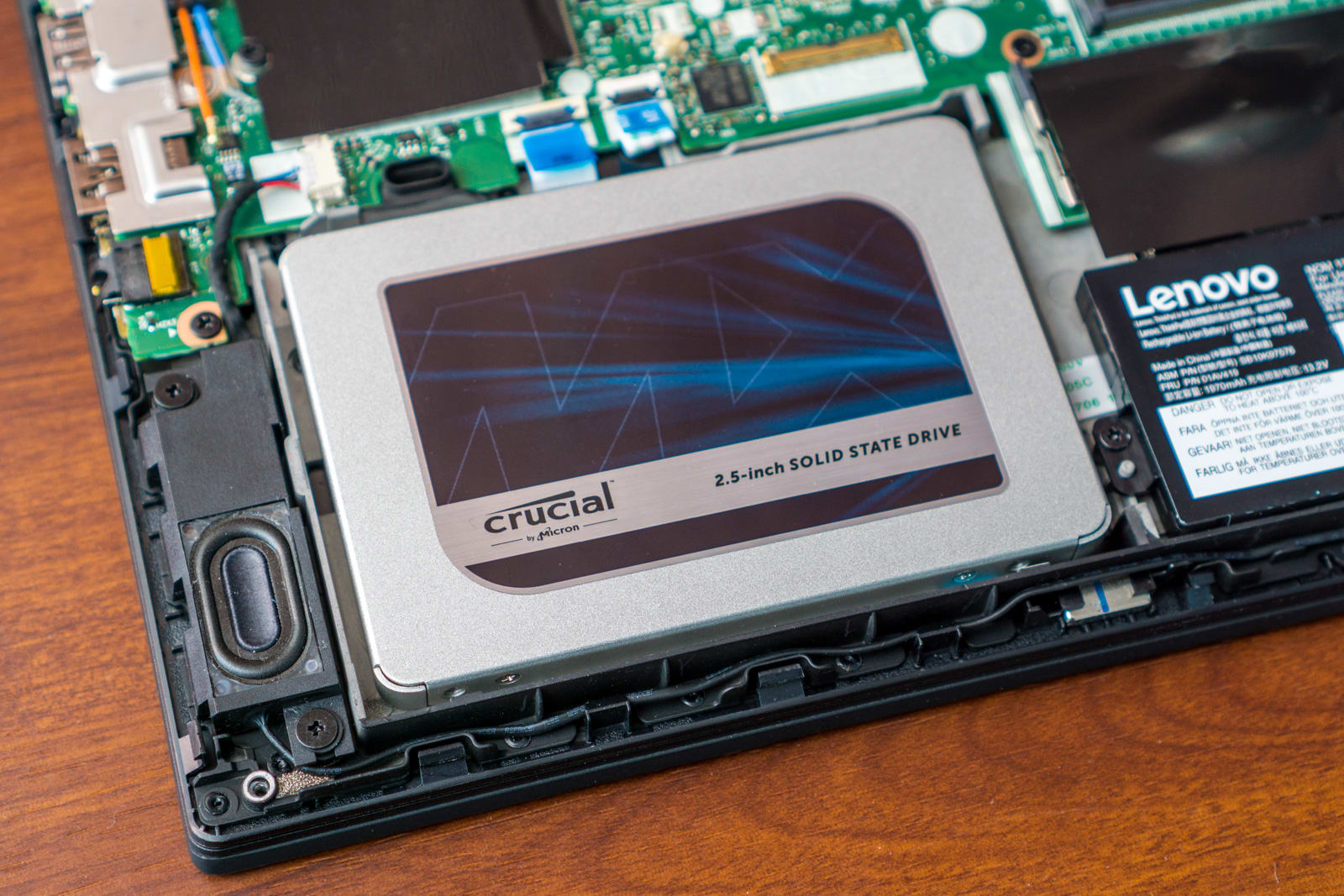 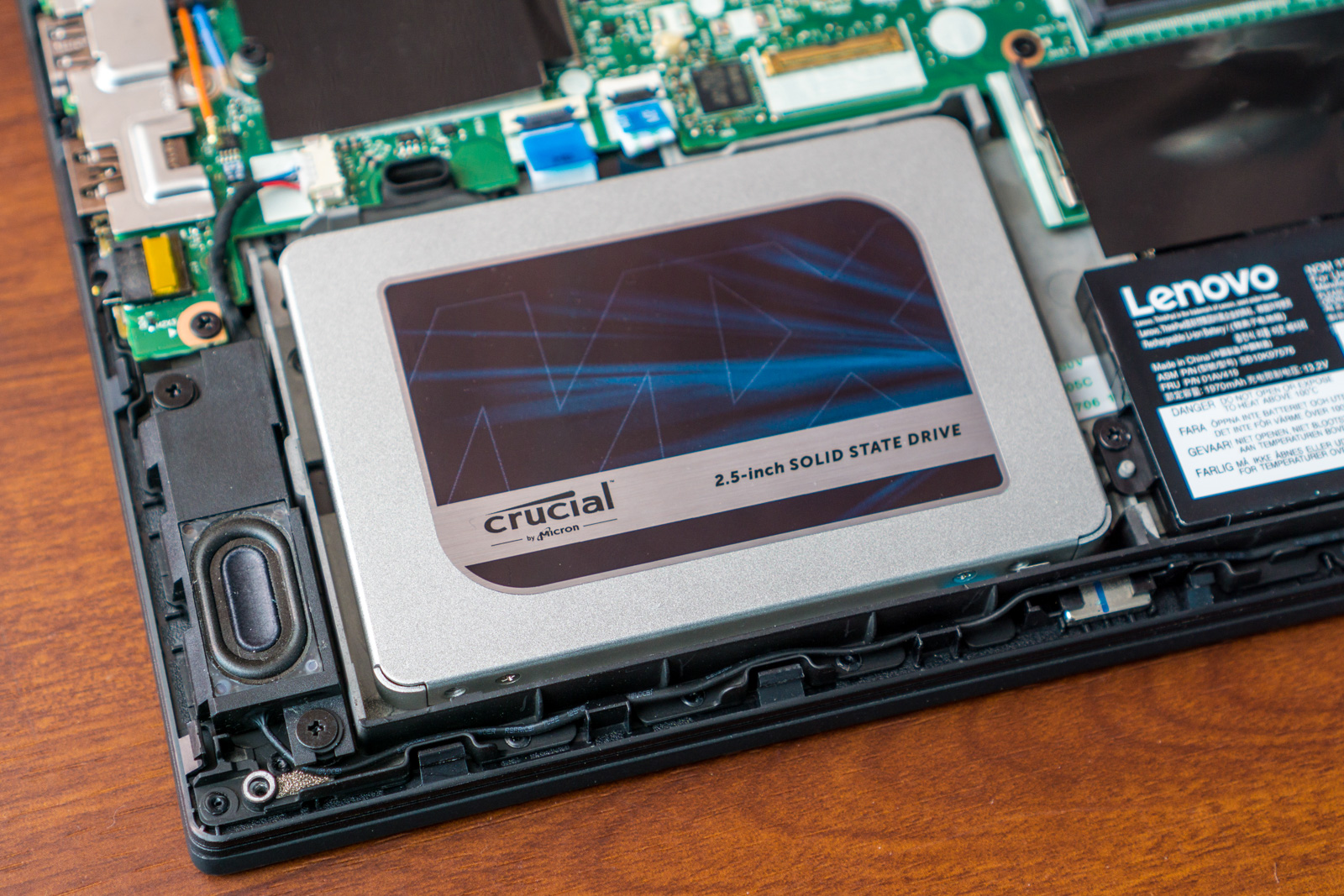 Whether you're replacing an existing solid-state drive or upgrading from a traditional hard drive to get better performance, almost every SSD you can buy today is great. But some are still better than others. If you need to buy a SATA SSD right now, we think the 500 GB Crucial MX500 is the best option for most people. The MX500 isn't the fastest SATA SSD you can get, but it comes close, and it has the best combination of price, performance, and capacity of any drive you can buy.

Buying an SSD is a great way to upgrade almost any one- to five-year-old computer that has a traditional hard drive. SSDs are much faster than hard drives at everything from booting to loading games to opening and switching between apps, and today's SSDs are larger, cheaper, and faster than the SSDs of yesteryear. In general, you should spend the money only if you plan on keeping your computer for at least another year, or if you know you can move your new SSD to your next computer: There's no sense in upgrading a machine that you're about to replace.

If your computer already has an SSD, the only real reason to get a different SSD is if you're running out of room on the first one. If your drive is consistently more than 75 or 80 percent full, upgrading to a larger SSD is worth considering, because full SSDs are slower and wear out faster than drives with plenty of free space.

If you have a desktop PC with room for multiple drives and you need more than 500 GB of storage, consider using our SSD pick for the operating system and programs and adding a traditional hard drive or two for media storage.

Mac owners should think twice about an SSD upgrade. Though you can upgrade some older (mostly pre-2013) MacBooks with standard SATA drives, you can't do the same with the newest MacBooks and MacBook Pros. Laptops from 2013, 2014, or 2015 often support such upgrades, but only with specialized, expensive drives from just a couple of manufacturers. 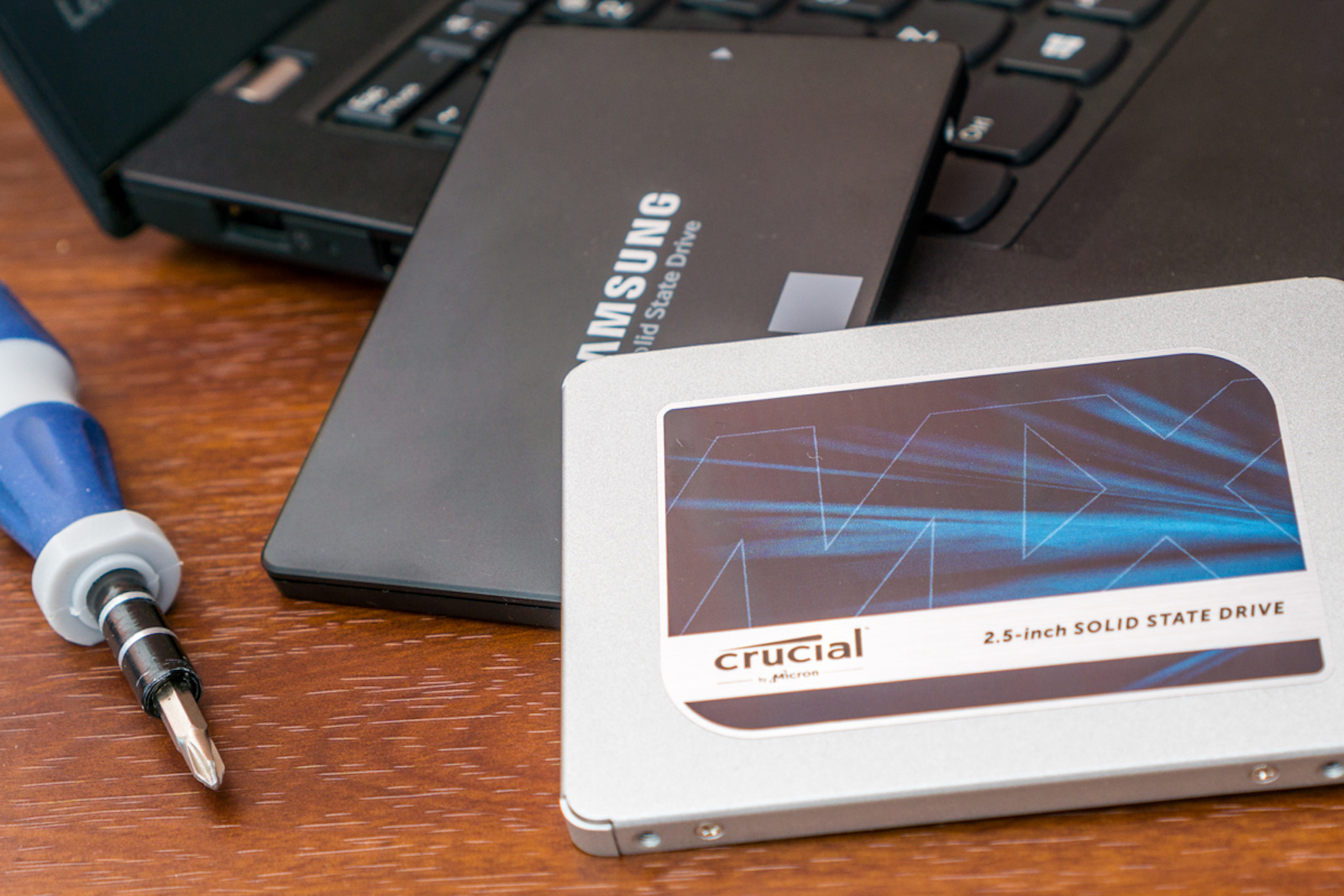 For the latest update to this guide, we spent around four hours researching eight new drives released since our previous update in August 2017. From there, we checked Amazon listings and owner reviews for all of the drives, weeding out some older models, drives lacking 500 GB (or higher) capacities, and models with particularly poor reviews.

For the 12 drives that made the cut, we then used trusted third-party reviews and manufacturer product pages to compare the drives based on these criteria: 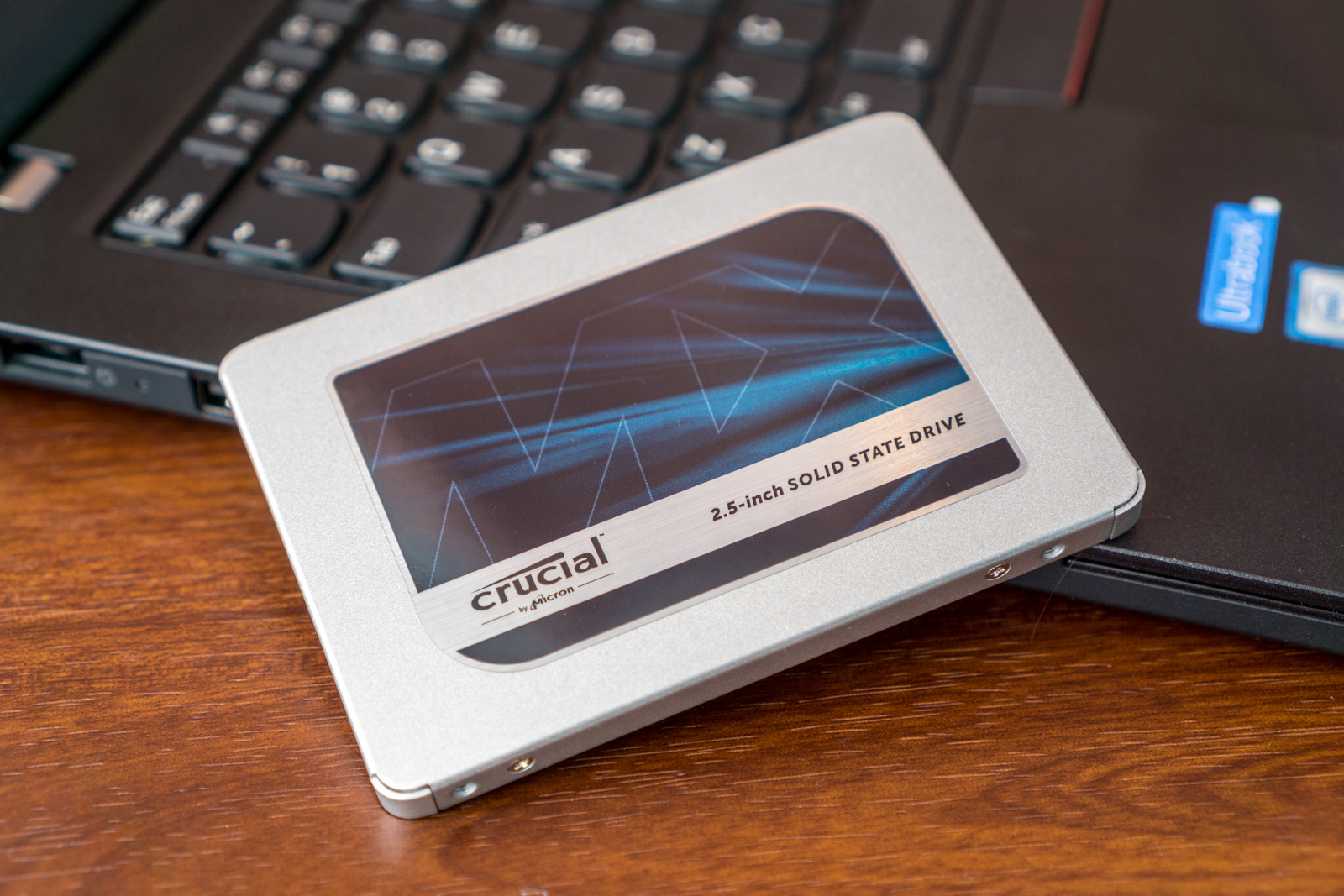 If we were upgrading a laptop or buying the primary drive for a desktop, we'd buy the Crucial 500 GB MX500 (available in both 2.5-inch and M.2 SATA versions). It's one of the cheapest big-name SSDs you can buy, it's fast enough and capacious enough for most people, and it offers useful features like hardware encryption support and a five-year warranty. A handful of SATA drives—including our runner-up pick, Samsung's 860 Evo—are a little faster and use a bit less power than the MX500, but no SSDs currently offer such an excellent combination of speed and features for the price.

You wouldn't notice a speed difference between the MX500 and much more expensive SATA drives in use. Drive benchmarks from reviewers at AnandTech and Tom's Hardware show that the MX500 is occasionally 10 to 20 percent slower in some individual tests than Samsung's 860 Evo drives, but its overall performance is better than that of the rest of the competition and near the limits of the SATA interface. Compared with the previous-generation MX300, the MX500 improves performance when the drive is full or near full, one of the MX300's major shortcomings. 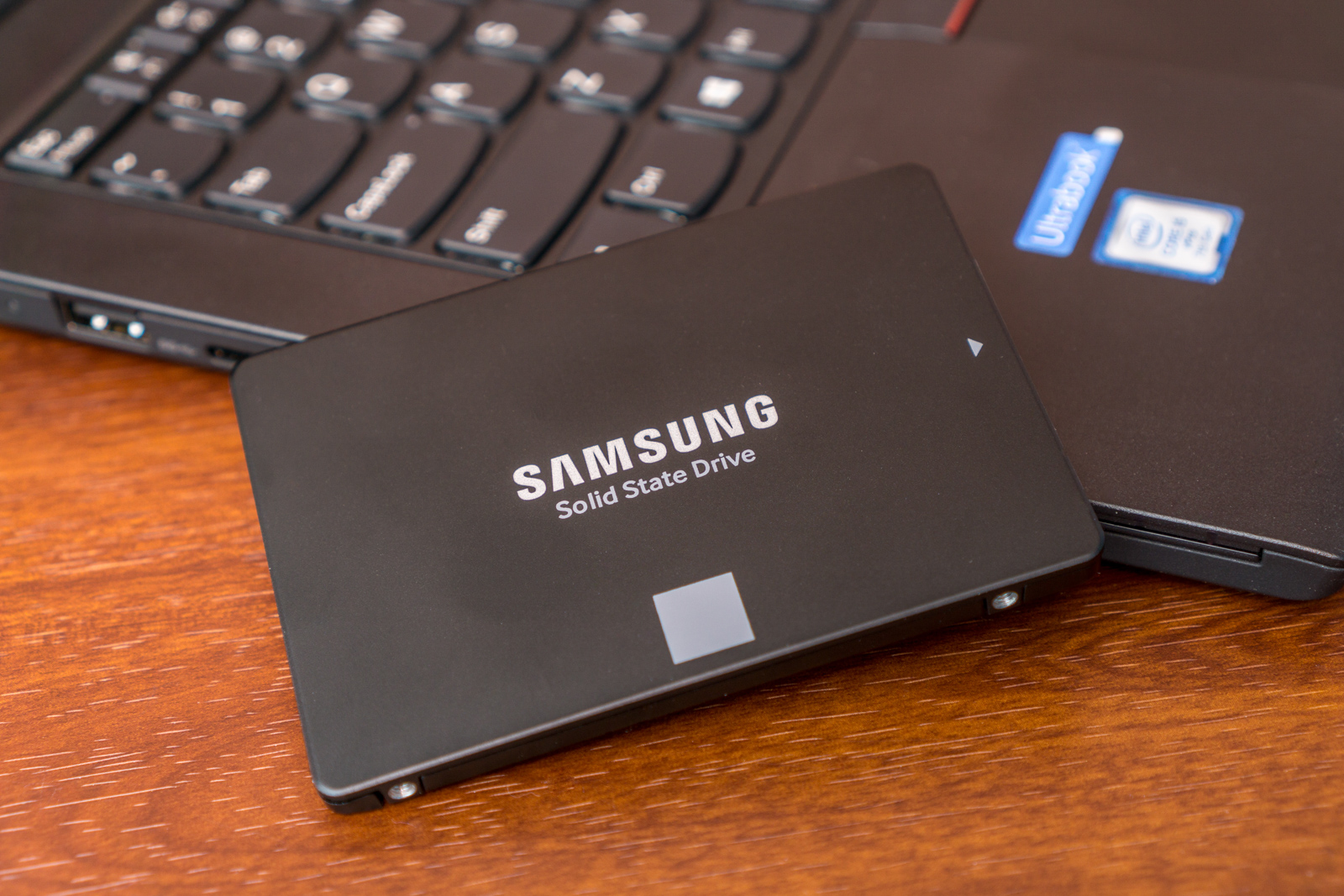 Samsung's 860 Evo is as good as or better than the Crucial MX500 in almost every metric: It's a little faster, it consumes less power, it has much higher endurance, it comes in 2.5-inch, mSATA, and M.2 versions, and it has the same five-year warranty and encryption support. It's also your best option if you need an mSATA SSD. But at this writing, it's more expensive than the MX500 at every capacity, especially 1 TB and 2 TB. If the two drives were the same price or nearly so, the 860 Evo would be our pick, but for now most people shouldn't spend any more money than it takes to get the MX500.

In this article: 860Evo, crucial, crucialmx500, gadgetry, gadgets, gear, mx500, partner, samsung, Samsung860Evo, SSD, ssds, syndicated, thewirecutter, wirecutter
All products recommended by Engadget are selected by our editorial team, independent of our parent company. Some of our stories include affiliate links. If you buy something through one of these links, we may earn an affiliate commission.