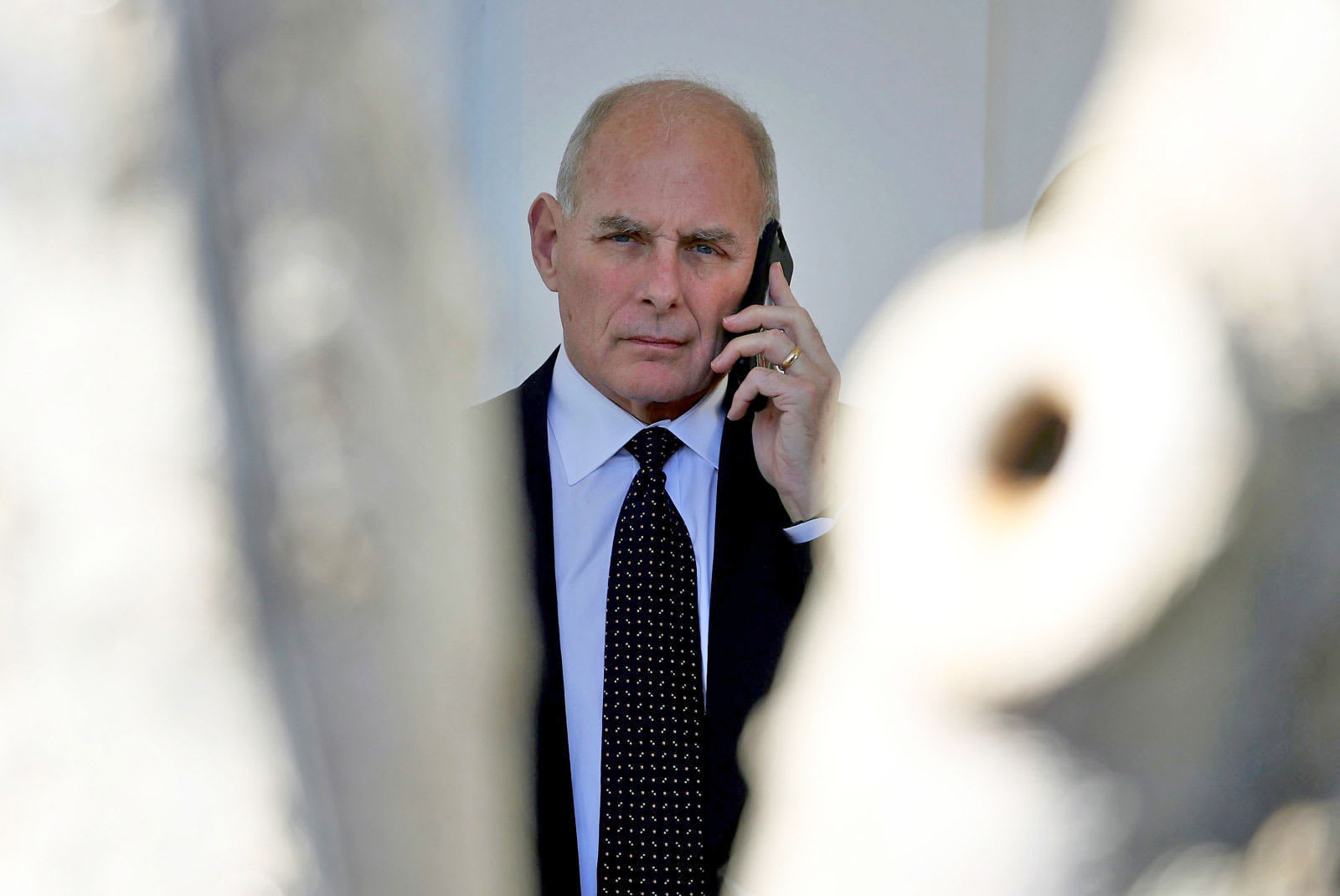 A personal email account of White House Chief of Staff John Kelly was hacked, according to an email obtained by Buzzfeed via a Freedom of Information Act (FOIA) request. "As we discussed ... my folks are nervous about the emails you send and ask that you no longer include them on any postings," Kelly wrote. "Then there is hacking which one of my own personal accounts has suffered recently. I do almost everything now by phone or face-to-face comms."

The FOIA email confirms previous reports from Politico that Kelly used a compromised smartphone for months. If it's the same incident (the White House never confirmed the original reports), the attack happened during Trump's transition in late 2016 while Kelly was secretary of homeland security.

As we discussed in NYC about the toxic atmosphere here in the D.C. cesspool, my folks are nervous about e-mails you send and ask that you no longer include them on any postings. FOIA is real and everyday here in the cesspool, and even federal court action on personal accounts is real. Then there is the hacking which one of my own personal accounts has suffered recently. I do almost everything now by phone or face-to-face comms.

The name of the person who received the email (above) was redacted, and a Depart of Homeland Security (DHS) spokesperson (who wouldn't allow her name to be used), said it was a private citizen who had sent numerous emails to Kelly and the DHS. However, two DHS officials "with direct knowledge of the matter" told Buzzfeed that Kelly sent the email to another DHS official.

It's not clear if Kelly used the email account to conduct government business or if there was anything sensitive on it. Shortly after Trump's inauguration, the NSA reportedly told Trump administration officials to stop using personal cellphones and email accounts, as they could be vulnerable to spying by Russia, China and other US adversaries.

The weakest point in the White House, however, might be Trump himself. The president is reportedly refusing to upgrade his iPhones, issued by White House IT agencies to make them more secure, calling the process "too inconvenient." As of last month, he hadn't had them checked by security experts for at least five months. To make matters worse, lawmakers have concerns about fake cell towers around the White House that could eavesdrop on smartphone calls.

Source: Buzzfeed
In this article: Breach, EmailAccount, FOIA, gear, Hacking, JohnKelly, security, WhiteHouse
All products recommended by Engadget are selected by our editorial team, independent of our parent company. Some of our stories include affiliate links. If you buy something through one of these links, we may earn an affiliate commission.