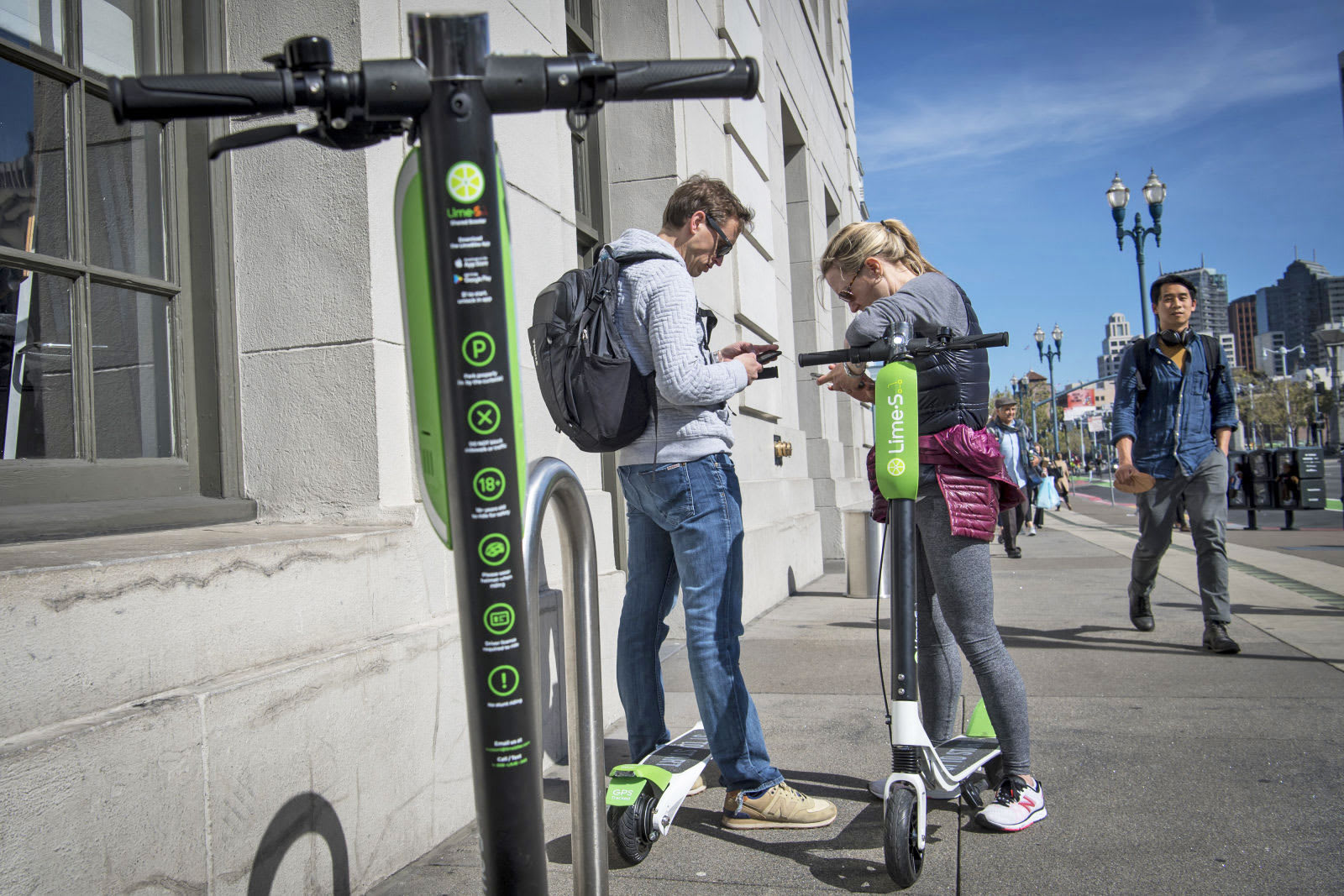 You didn't think Silicon Valley's biggest names would stand on the sidelines while the electric scooter trend continued to grow, did you? The Financial Times sources have learned that Alphabet has invested directly in scooter service Lime as part of a larger $300 million funding round that already included Google Ventures. There's no mention of how much cash was heading Lime's way, but GV was reportedly leading the group, and Alphabet put in a similar amount -- there's a lot of money involved. It's not certain why Alphabet is so heavily involved (all the parties involved have declined to comment). However, it would reflect Alphabet's growing interest in transportation as it moves beyond the internet and mobile businesses that are its lifeblood.

Alphabet has obvious stakes in transportation with Waymo's self-driving cars and Sidewalk Labs' public transit efforts. There are other investments, though, including support for SpinLaunch's space cargo catapult and co-founder Larry Page's backing for Kitty Hawk's flying cars. The company is clearly anticipating a broader shift away from personal car use, not to mention a greater interest in transport at times when ground vehicles just aren't an option.

The investment might be necessary if Google wants to continue its reputation as an ever-growing force in technology. Whether Alphabet likes it or not, its income still revolves around Google's internet ads. A stake in Lime could help reduce that dependency on ads. With that said, there's some risk involved -- there's no guarantees that electric scooter services will continue to thrive, especially not when residents cities like San Francisco can be annoyed by the two-wheelers clogging up their sidewalks and streets.

Source: Financial Times
In this article: alphabet, electricscooter, gear, google, investment, lime, scooter, tomorrow, transportation
All products recommended by Engadget are selected by our editorial team, independent of our parent company. Some of our stories include affiliate links. If you buy something through one of these links, we may earn an affiliate commission.