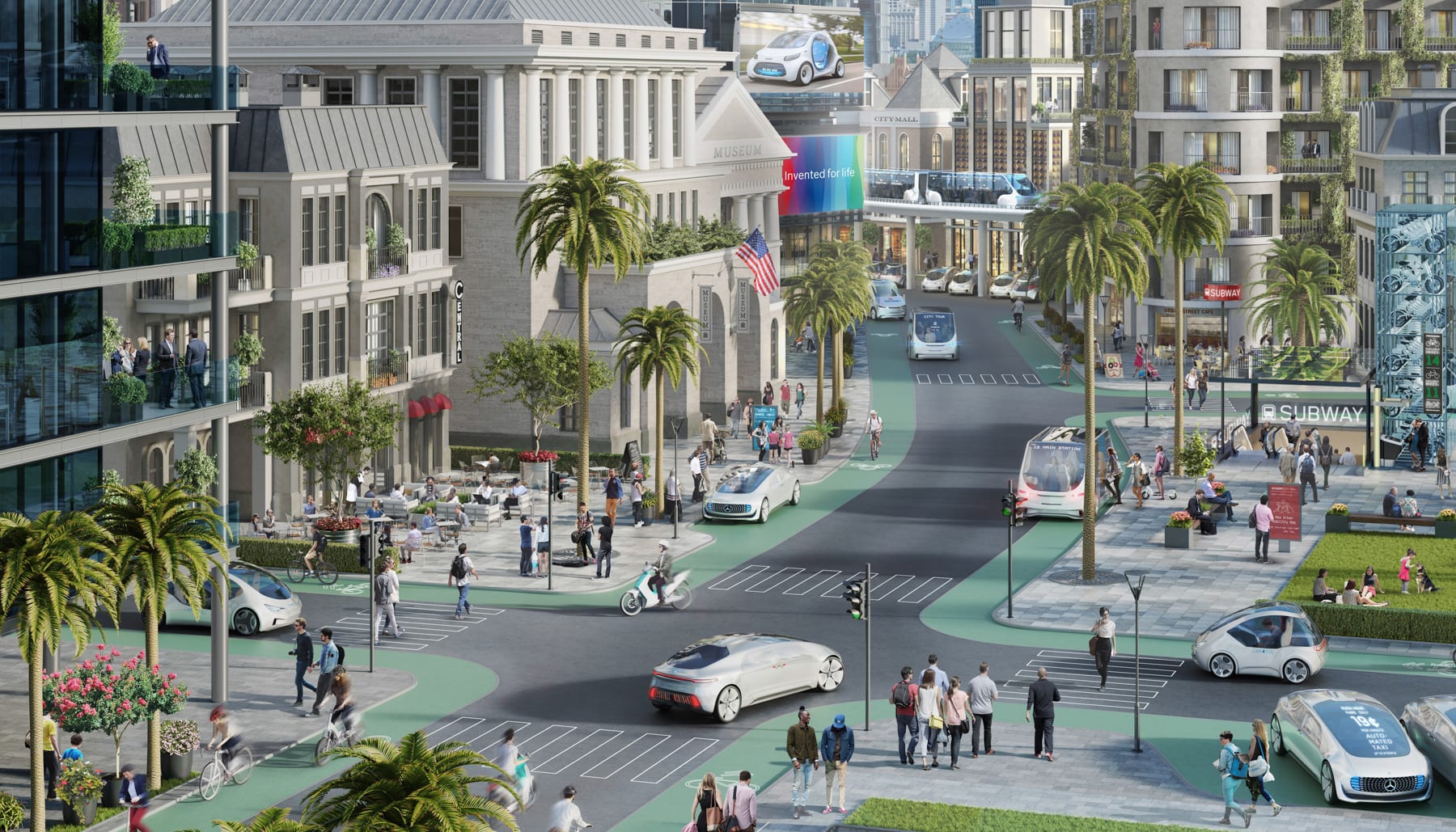 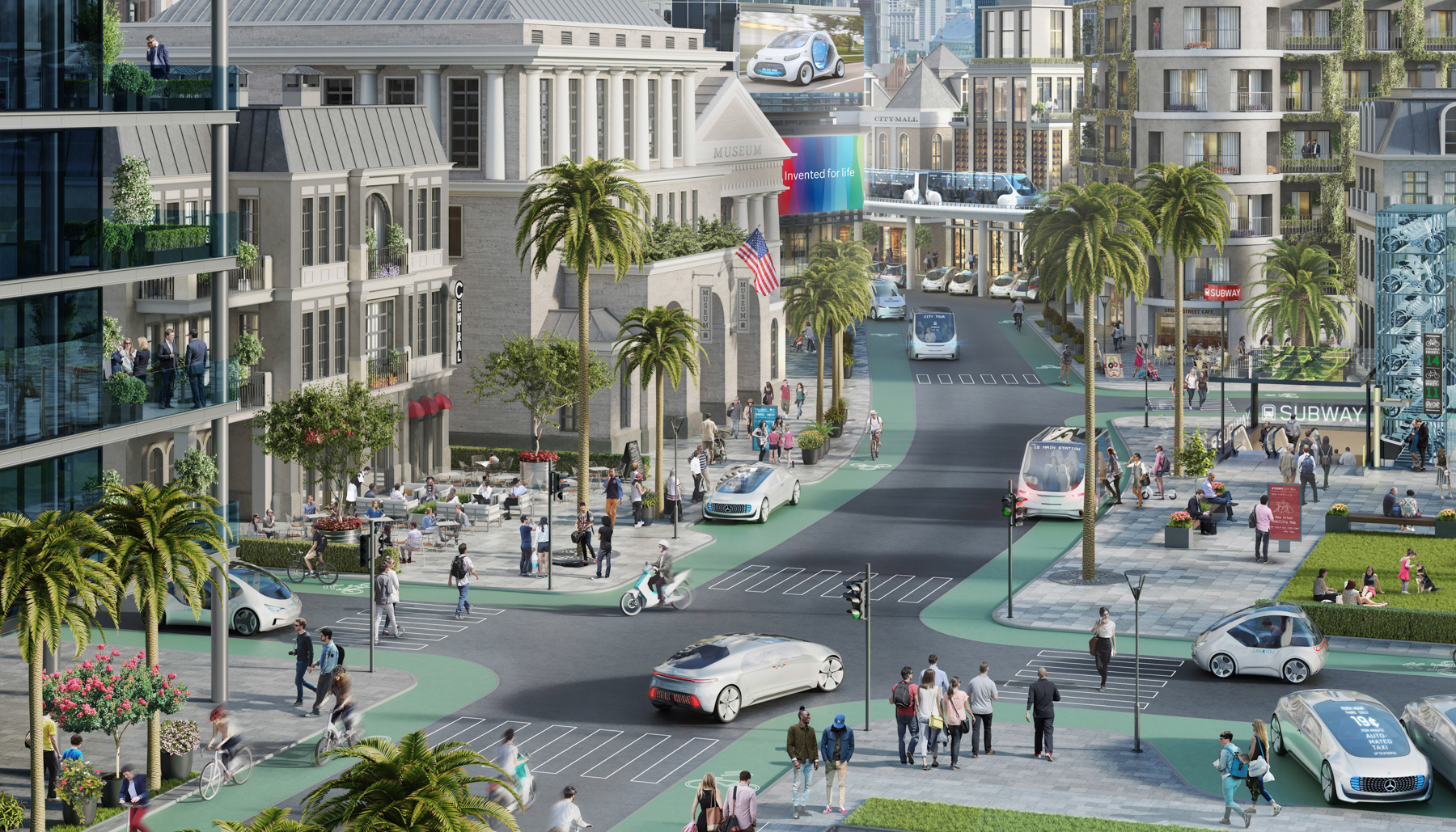 Putting self-driving cars on the streets requires a lot of computing power. Most test cars on the road have PC towers in their trunk that take up space, suck up power and produce a lot of heat. With that in mind Daimler (the parent company of Mercedes-Benz) and Bosch have announced they will be using the NVIDIA Drive Pegasus self-driving AI platform.

The NVIDIA system can tackle an impressive 320 trillion operations per second. All the parties involved in this new venture hope this will be enough to power level 4 and 5 vehicles which will be used as robo-taxis.

Daimler and Bosch announced back in April they would be teaming up to develop self-driving taxis. The two companies had said they wanted to get these vehicles on the road within five years. With today's news, it looks like they're on track with that.

The first of the cars using NVIDIA's AI platform (which the Daimler says will be Mercedes S-Class sedans and V-Class vans) will start road testing in a Silicon Valley city starting in the second half of 2019. The two companies are still negotiating with the city and will announce the location at a later date. The final version (or at least ready for a larger general rollout) should be ready in the first part of the next decade. A bit vague timeline wise, but within the goal already set forth by the two companies.

In addition, to supply the self-driving AI platform, NVIDIA will work with Bosch and Daimler to build the system necessary for the self-driving ride-hailing service. During the pilot phase, the shuttles will stick to a few predetermined routes.

We should start seeing more pilots like this one in the coming years. Waymo already has an Early Rider program up and running in the Phoenix, Arizona area. Uber, Lyft, GM and others are all working towards their own self-driving taxi services. With the initial cost of level 4 and level 5 vehicles being beyond the reach of most consumers (because of the sensors and technology embedded), it makes sense financially to have these cars act as taxis where they'll be able to recoup the tech investment.

Daimler noted that it's Mercedes division has been working on a foundation for autonomous driving for a while. That includes last year's Intelligent World Drive. The data gathered from that event and the subsequent research done in its wake will help the partnership build parameters for cars in each market.

This isn't the first time Bosch and Mercedes have teamed up for an autonomous car. Back in 1986 they were both part of the Prometheus project that included an autonomous car codenamed VITA (Vision Information Technology Application). Except this time they're going to have to move a whole lot faster because if mobility plays out the way automakers think it will, being one of the first to have a ride-hailing system on the road could be very lucrative.

In this article: autonomous, AutonomousVehicles, bosch, business, daimler, gadgetry, gadgets, gear, mercedesbenz, nvidia, pegasus, ridehailing, robots, SelfDrivingCar, services, tomorrow, transportation
All products recommended by Engadget are selected by our editorial team, independent of our parent company. Some of our stories include affiliate links. If you buy something through one of these links, we may earn an affiliate commission.