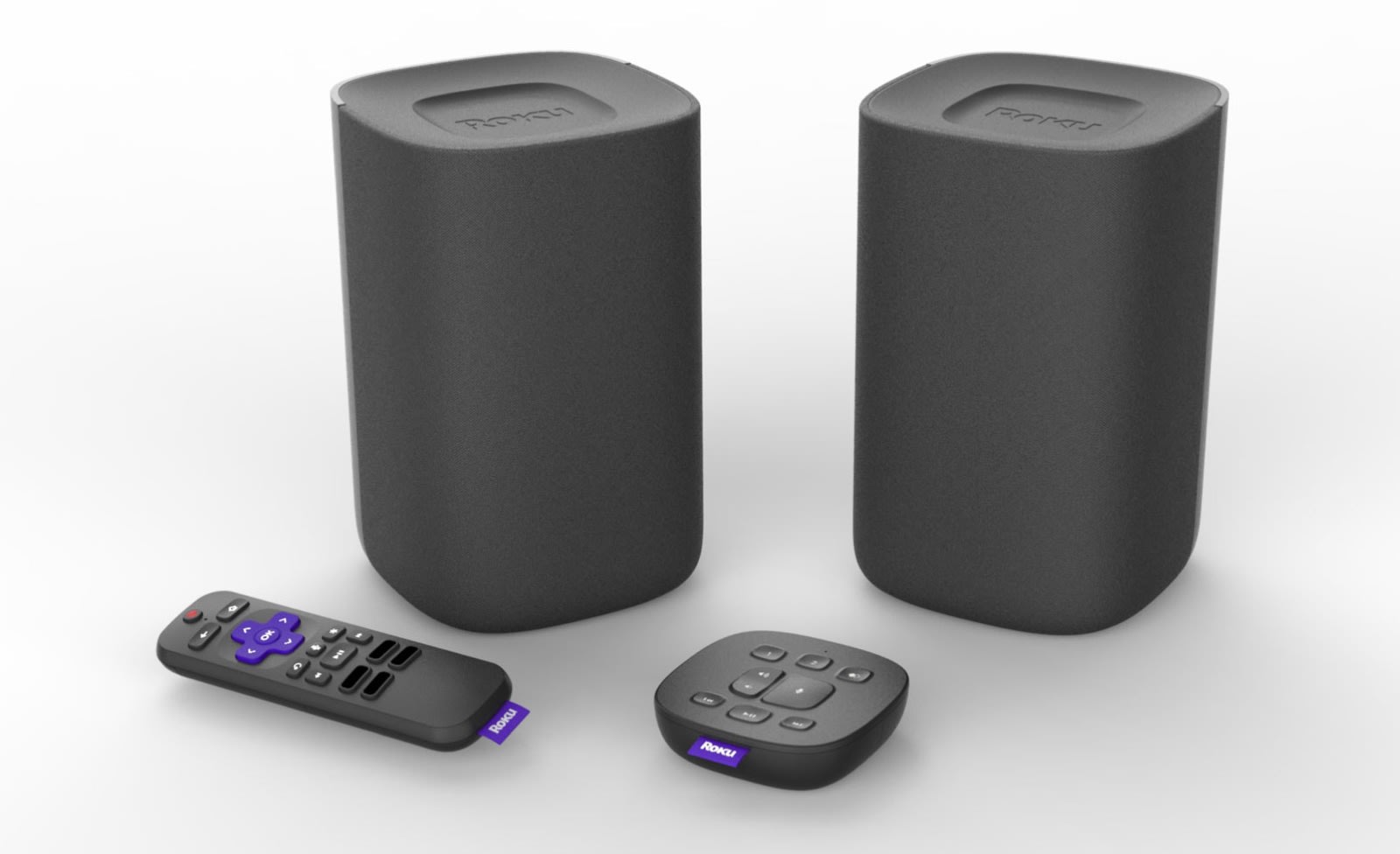 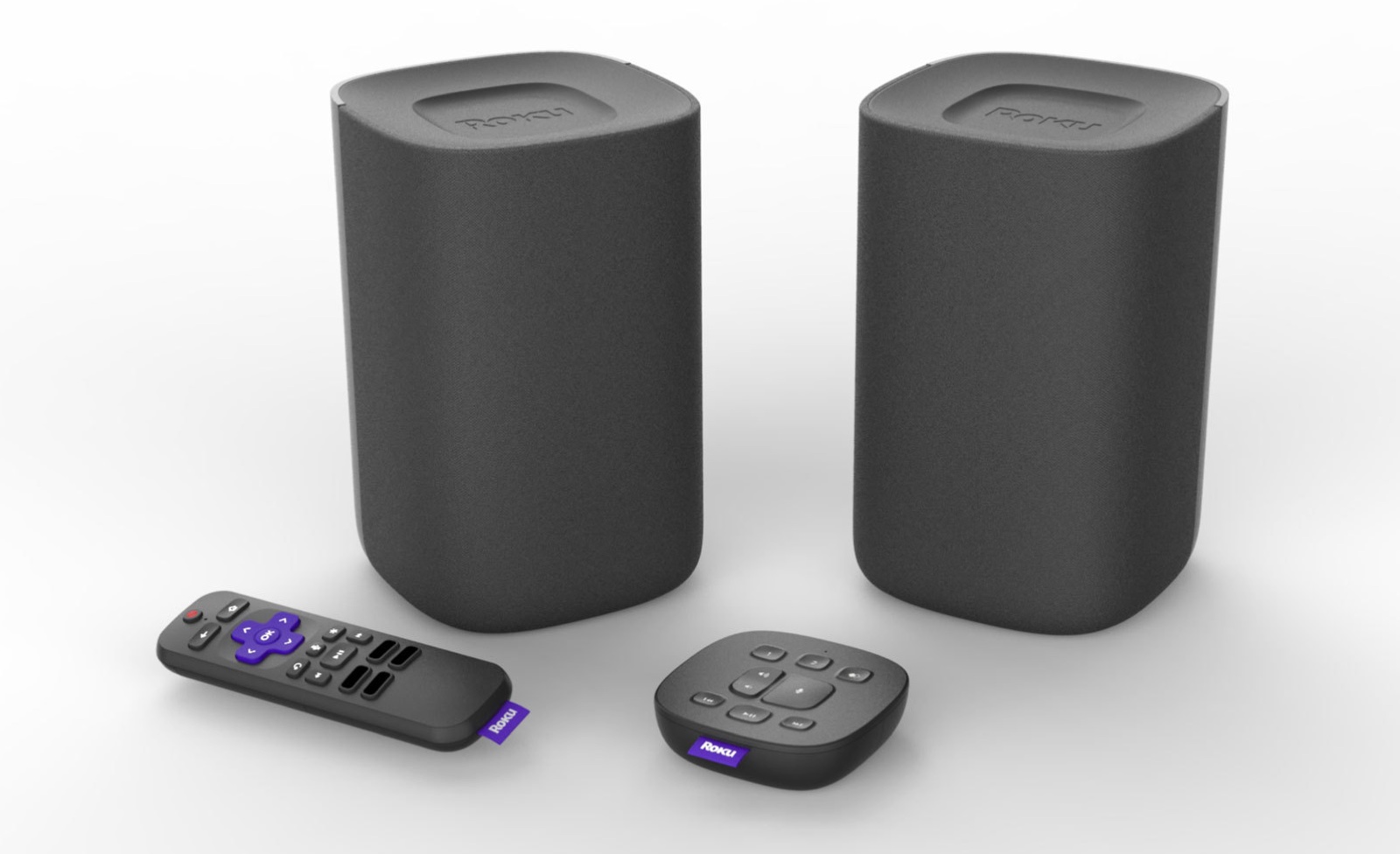 TV speakers stink. As our televisions have gotten ever thinner, there simply isn't any room to stuff in speakers that actually sound good. Roku today unveiled a simple solution for that problem: A pair of wireless speakers, designed to work exclusively with its TVs. The company is aiming for simplicity. All you have to do is plug them into power and pair them with your Roku TV to get started. No major configuration necessary. 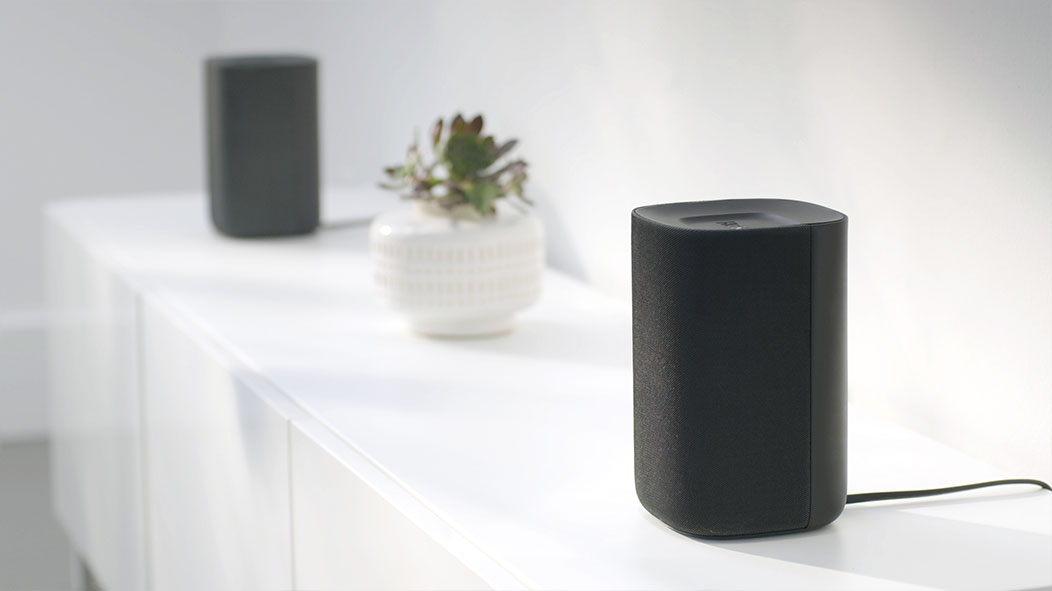 On the surface, Roku's wireless speakers looks like a typical pair of affordable bookshelf units. They're black and fairly nondescript, save for a Roku logo up top. They're meant to disappear beside your TV, not stand out. In a brief demo in New York City, they sound... well, like a pair of bookshelf speakers. They're obviously a huge upgrade over the built-in speakers in one of TCL's Roku TVs. There's a noticeable amount of stereo separation (obviously), and they sound well balanced across the low-end and high-end. The speakers add a healthy dose of bass to action movies, and Roku also designed them to enhance dialog too.

Yes, they're also Bluetooth speakers, though I didn't get to see that feature during my demo. Strangely enough, they're not compatible with standard Roku set-top boxes. Since this is its first foray into home audio, Roku says it wanted to focus on rolling out the speakers to one set of products first. The speakers will ship with a Roku Voice Remote, as well as a new Touch controller, which is meant to sit on your coffee table and offer quick access to common features, like volume controls, video playable and voice commands.

Back at CES, Roku announced a wireless speaker platform that would let it broadcast audio throughout your home. This pair is the first part of that initiative, and it leaves room for the company to fill out its hardware down the line. A soundbar could eventually take the place of a center channel, and it could introduce a cheaper pair of speakers to serve as rear surrounds. Unfortunately, the proposed soundbar project with TCL isn't happening, according to Roku.

The Roku TV Wireless Speakers will be available for an introductory price of $150 starting today from Roku.com. After next week, they'll be available until October 15th for $180, and afterwards they'll go for $200.

Source: Roku
In this article: av, entertainment, gadgetry, gadgets, gear, Roku, RokuTVWirelessSpeakers
All products recommended by Engadget are selected by our editorial team, independent of our parent company. Some of our stories include affiliate links. If you buy something through one of these links, we may earn an affiliate commission.