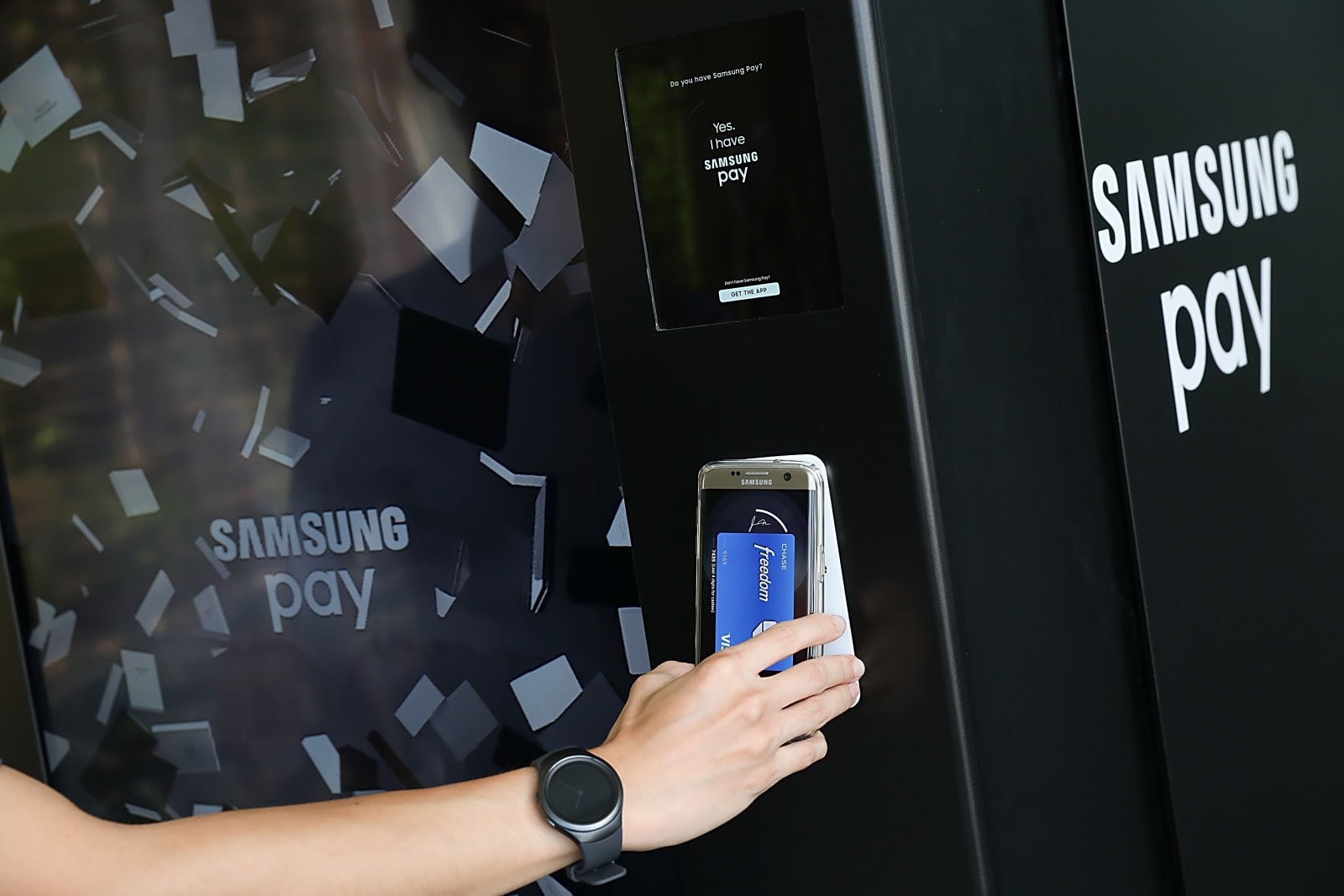 Do you use Chase Pay for your retail shopping? No? We won't blame you -- its insistence on using QR codes for purchases makes it far less convenient than tap-to-pay services, not to mention less common. Now, however, it's admitting that it needs to get with the times. Chase has introduced an option to link its payment app to Samsung Pay, letting you use either NFC or stripe-simulating MST tech to clinch the deal. It's much easier when you're in a hurry, of course, and makes the Chase Pay app useful in millions more places. Moreover, there's strong financial incentive -- linking the two will help you earn both Chase Ultimate and Samsung reward points, and it should be easier to redeem your Chase points in the process.

The feature is available today so long as you have a supporting Samsung Galaxy smartphone.

In some ways, Chase didn't have much choice. It based its QR code system on CurrentC, the payment platform crafted by retailers hoping to take greater control of the purchasing process (such as lowering transaction costs and harvesting more customer data). The approach ultimately fell flat as easier to use, less intrusive services like Apple Pay, Samsung Pay and Google Pay took off. JPMorgan Chase bought the technology in March 2017 in a bid to expand Chase Pay, but by then it was arguably too late -- tap-to-pay was so well-entrenched that people weren't about to change their habits. The Samsung Pay addition might be vital to keeping Chase's app relevant at a time when CurrentC is little more than a bad memory.

Source: Samsung Newsroom
In this article: android, app, chase, chasepay, currentc, gear, internet, mobile, mst, nfc, payment, payments, samsung, samsungpay, services, shopping
All products recommended by Engadget are selected by our editorial team, independent of our parent company. Some of our stories include affiliate links. If you buy something through one of these links, we may earn an affiliate commission.