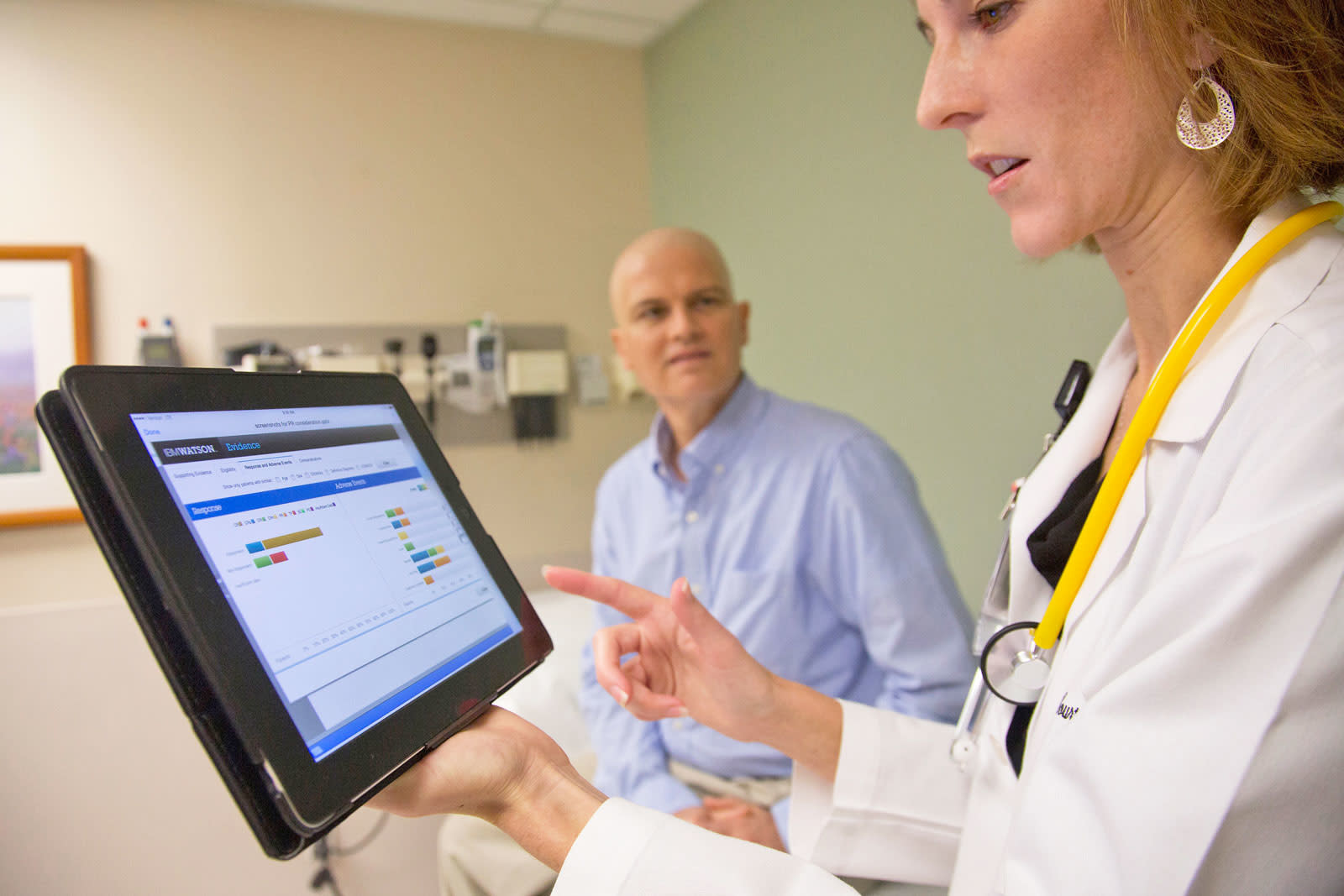 Last year, studies presented at the American Society of Clinical Oncology's annual meeting showed that IBM Watson was pretty darn good at creating treatment plans for cancer patients. Turns out, however, that the AI is still far from perfect: according to internal documents reviewed by health-oriented news publication Stat, some medical experts working with IBM on its Watson for Oncology system found "multiple examples of unsafe and incorrect treatment recommendations." In one particular case, a 65-year-old man was prescribed a drug that could lead to "severe or fatal hemorrhage" even though he was already suffering from severe bleeding.

The report puts the blame on the IBM engineers and the Memorial Sloan Kettering (MSK) Cancer Center doctors who helped train the AI. They reportedly fed Watson hypothetical patients' data and treatment recommendations by MSK doctors instead of real patients' information. The approach apparently didn't work as well as they'd hoped, with one Florida Jupiter Hospital doctor telling IBM upon testing the system that the product is "a piece of shit." It's worth noting, however, that MSK believes the example involving the 65-year-old patient was merely part of a system testing and not an actual recommendation.

Despite that Jupiter doctor's less-than-stellar review, a spokesperson told Gizmodo that the hospital still uses Watson's recommendations. Its doctors don't completely rely on the plans it cooks up, though, and see them as an extra opinion when they can't agree on a treatment. As for IBM, it knows that Watson for Oncology still needs work and has taken feedback from clients into consideration to roll out multiple software updates with updated features over the past year.

The company told the publication:

"...we have learned and improved Watson Health based on continuous feedback from clients, new scientific evidence, and new cancers and treatment alternatives. This includes 11 software releases for even better functionality during the past year, including national guidelines for cancers ranging from colon to liver cancer."

Via: Gizmodo
Source: Stat
In this article: gear, ibm, ibmwatsonforoncology, medicine, TL18WRX, tomorrow, watson
All products recommended by Engadget are selected by our editorial team, independent of our parent company. Some of our stories include affiliate links. If you buy something through one of these links, we may earn an affiliate commission.