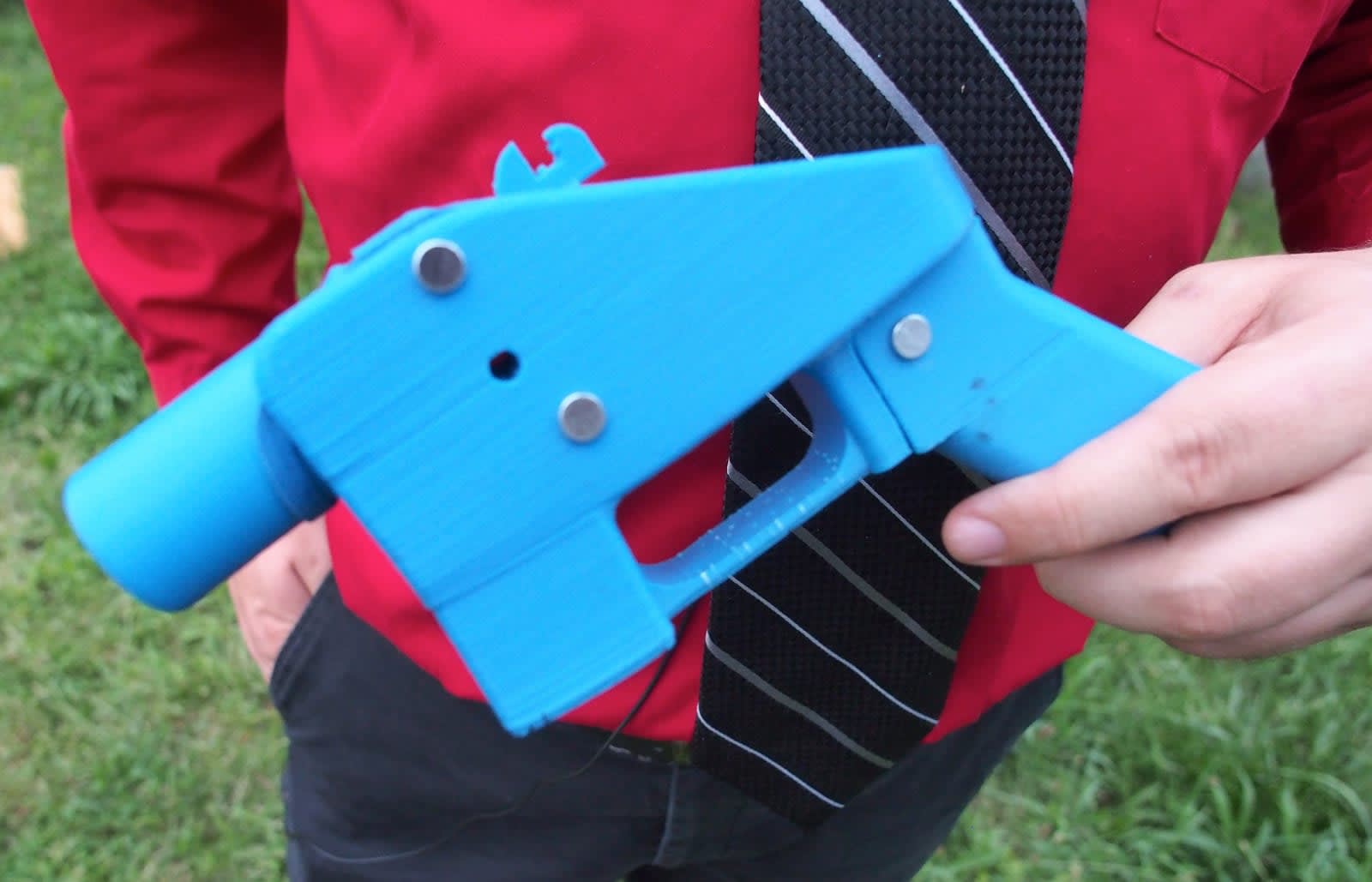 The fight to keep 3D-printed gun designs off of the web continues as a number of states said on Monday that they would be jointly suing the Trump administration, Reuters reports. In a press release, Washington State Attorney General Bob Ferguson said today that the states have requested an injunction to block online publication of the designs and have filed a lawsuit. Joining Washington in the endeavor are New York, New Jersey, Pennsylvania, Connecticut, Oregon, Maryland and Washington, DC.

The controversy centers on Defense Distributed, a firm that began publishing gun designs in 2013, but was told to stop soon thereafter by the US State Department. The agency said that the company's 3D-printed pistol designs were a violation of the International Traffic in Arms Regulations. But in 2015, Defense Distributed, along with Second Amendment Foundation, filed a lawsuit against the State Department's Directorate of Defense Trade Controls, claiming that its gun designs were a matter of free speech and not subject to a law that regulates the exportation of firearms.

A Texas district court denied Defense Distributed's injunction request against the State Department, as did a US Court of Appeals. Then in January of this year, the Supreme Court declined to hear the case. That in theory could have been the end of it, and the federal government moved to dismiss the lawsuit in April. But surprisingly, in June, the Department of Justice settled with Defense Distributed and the Second Amendment Foundation. It agreed to waive the 2013 restraint and allow the company to publish its 3D printable gun designs, which Defense Distributed said it would begin doing on August 1st.

"Our Congress has carefully crafted laws to protect us and, in one moment, without any consultation with experts, the administration undoes it," said Ferguson, who also called the settlement "arbitrary and capricious." Ferguson went on to say that the decision was a violation of states' rights to regulate guns.

The states challenging the Department of Justice's settlement claim that not only is it a violation of their Tenth Amendment rights, but it also violates the Administrative Procedure Act since certain required administrative steps haven't yet been taken. "I have a question for the Trump Administration: Why are you allowing dangerous criminals easy access to weapons?" Ferguson said in a statement. "These downloadable guns are unregistered and very difficult to detect, even with metal detectors, and will be available to anyone regardless of age, mental health or criminal history. If the Trump Administration won't keep us safe, we will."

Via: Reuters
Source: Washington Attorney General
In this article: 3dPrinting, AttorneyGeneral, defensedistributed, DepartmentOfJustice, design, DonaldTrump, FireArms, gadgetry, gadgets, lawsuit, politics, StateDepartment
All products recommended by Engadget are selected by our editorial team, independent of our parent company. Some of our stories include affiliate links. If you buy something through one of these links, we may earn an affiliate commission.