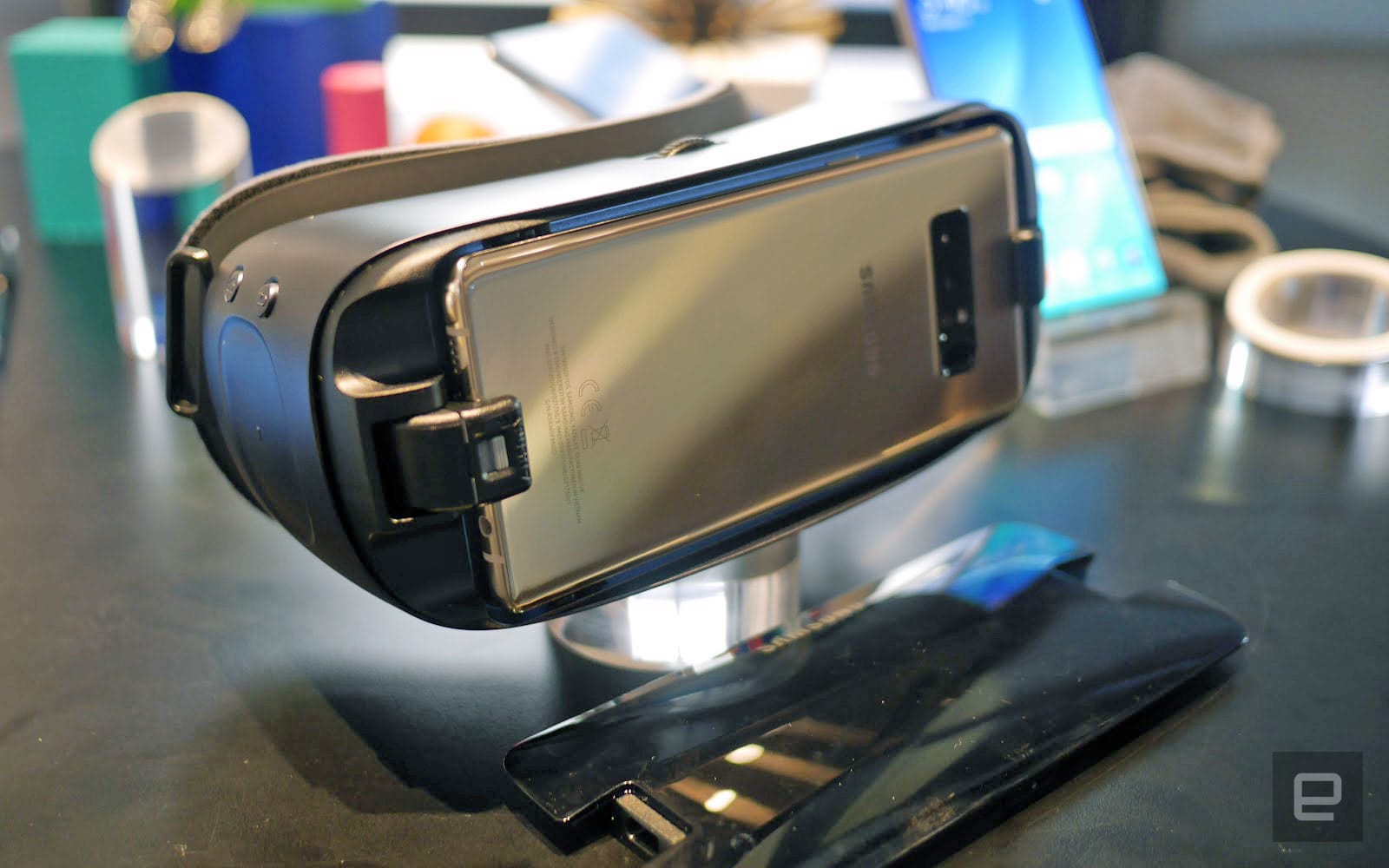 When Samsung unveiled the Galaxy Note 9, there was no sign of an accompanying Gear VR headset, but virtual reality fans need not fear. You'll be able to use the last model designed for the Galaxy Note 8 via a free adapter. "The Note9 is compatible with your existing Gear VR, but a new Type-C adapter is required," Samsung states in its troubleshooting guide. "Current owners of the Gear VR with Controller (model SM-R325) can obtain the new adapter at no cost by contacting 1-800-Samsung."

So in other words, no need to take a sander to your Galaxy Note 9 as some apparently did. And, at the moment, there seems only to be one way to get the adapter, and that's directly via Samsung. Bear in mind that it could take up to two weeks for the adapter to ship, as Sam Mobile points out.

On one hand, it's easy to see why Samsung did this, as the last headset was already good and had actually changed little from the model before. It would seem kind of a waste, then, to release another new headset when there's already a perfectly good one out there. On the other, it's not a great sign that Samsung is de-emphasizing the Gear VR compared to before. That could point to waning interest in a product that, not long ago, was a key selling point of the Galaxy S and Note linup.

Via: Sam Mobile
Source: Samsung
In this article: GalaxyNote8Edition, GalaxyNote9, gear, GearVR, Headset, mobile, samsung, VirtualReality, VR, wearables
All products recommended by Engadget are selected by our editorial team, independent of our parent company. Some of our stories include affiliate links. If you buy something through one of these links, we may earn an affiliate commission.