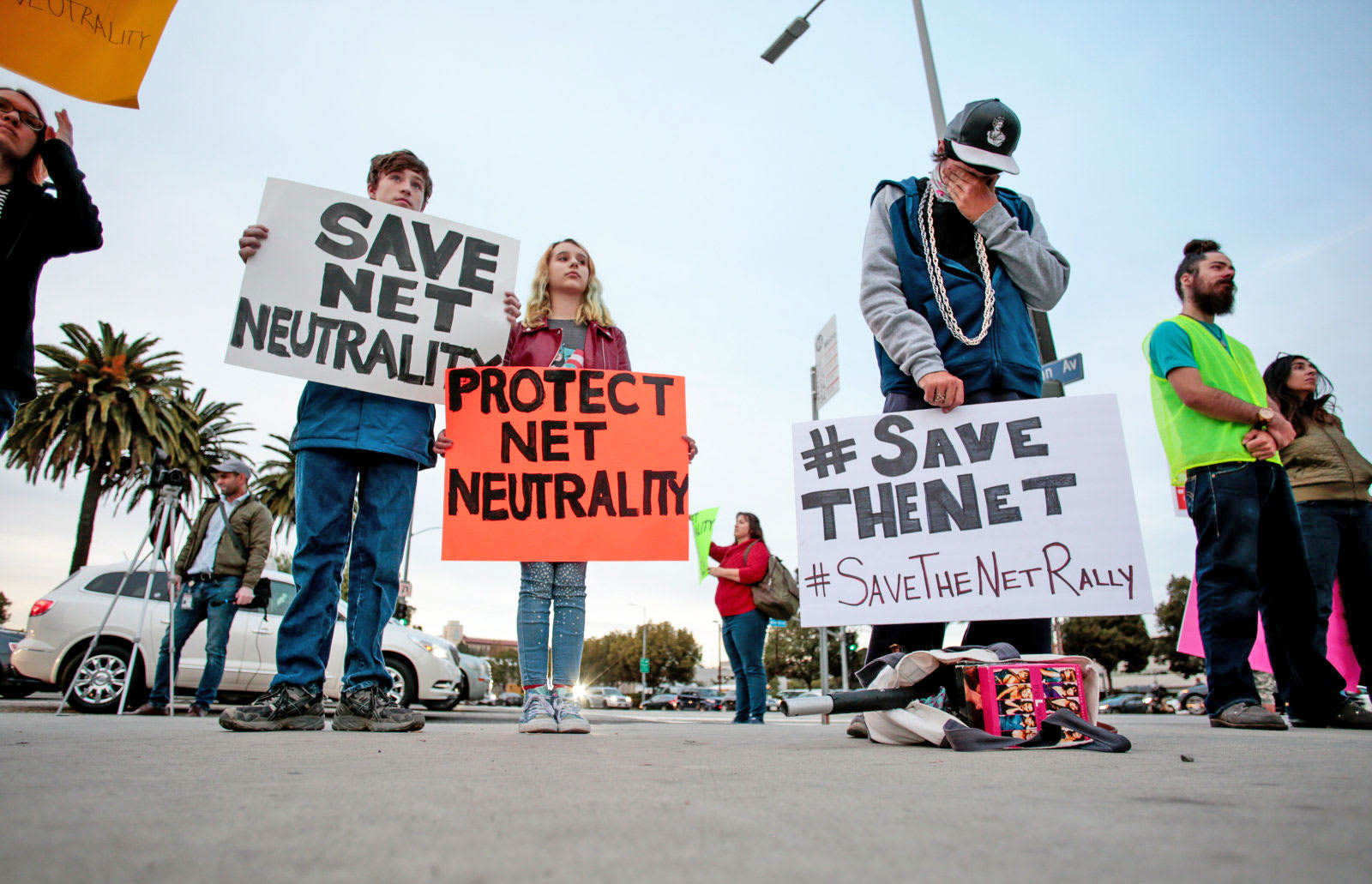 Now that the FCC has undone net neutrality protections implemented under the Obama Administration, one response has been to implement tight regulation at the state level. Tonight in California's State Assembly lawmakers passed SB 822 by a vote of 61 - 18, sending it back to the state Senate complete with amendments to bolster some of the protections that keep internet providers from establishing fast/slow lanes or zero-rating certain content.

The Senate already passed an earlier version of the bill missing those amendments, and the Mercury News reports that body is expected to pass this one again on Friday, sending it to the desk of governor Jerry Brown.

The CTIA, which represents wireless companies including Engadget parent company Verizon, and the California Cable & Telecommunications Association (CCTA) which represents ISPs including Comcast, Charter and Cox released a joint statement claiming "this legislation contains extreme provisions rejected by the Obama FCC in 2015." Their stance is that national legislation is what is needed, but the statement did not specify what that should include.

So far, the US Congress has been unable to pass new legislation addressing net neutrality, and supporters of the bill hope this will push more states to implement similar rules.

Source: California Legislative Information
Coverage: EFF, Fight for the Future, Mercury News, CCTA
In this article: california, gear, internet, NetNeutrality, sb822
All products recommended by Engadget are selected by our editorial team, independent of our parent company. Some of our stories include affiliate links. If you buy something through one of these links, we may earn an affiliate commission.