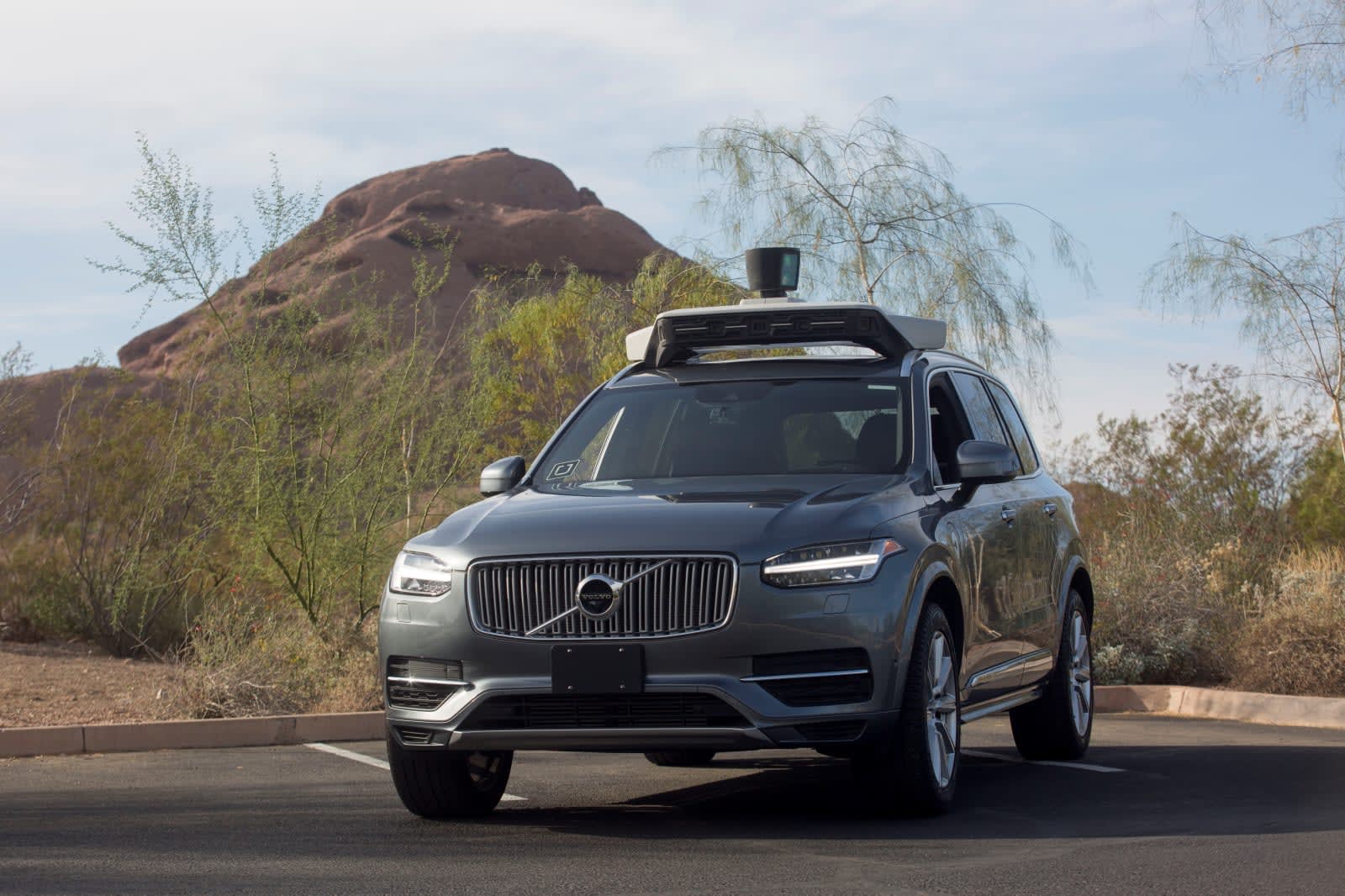 Uber isn't in a rush to sell its self-driving car unit despite the fatal Arizona crash and its aftermath. Company chief Dara Khosrowshahi told Reuters in an interview that there aren't any plans to sell the autonomous driving wing "at this time." The team is a "big asset" to the company, the executive said, pointing to Toyota's $500 million investment as an example. He added that Uber was "quite optimistic" about resuming self-driving tests before the end of 2018.

Khosrowshahi added that Uber was still poised to become a public company sometime in 2019, and that the self-driving group was certain to be part of the company when that happened.

The remarks aren't coincidental. The Information reported in August that investors were pressuring Uber to sell the driverless car division due to losses that could range as high as $200 million per quarter. Khosrowshahi's statement would shoot down that rumor, at least for the time being. And it's not shocking that Uber would want to hold on. Self-driving vehicles are important for Uber's long-term plans some of its human drivers replaced with robotic cars that could operate around the clock at a lower price. If Uber ditched its own research, it might have to depend on someone else's technology to fulfill that vision.

Source: Reuters
Coverage: The Information
In this article: autonomous, gear, internet, ridesharing, self-driving, self-drivingcar, services, transportation, uber
All products recommended by Engadget are selected by our editorial team, independent of our parent company. Some of our stories include affiliate links. If you buy something through one of these links, we may earn an affiliate commission.