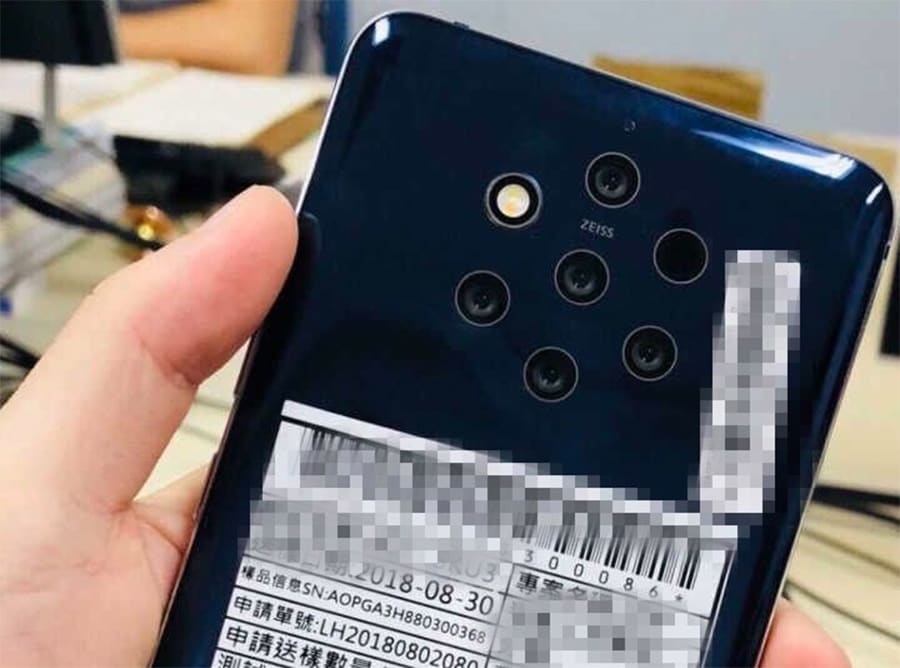 In a world overtaken by dual-camera monstrosities, one company wanted more. Much more. All the more. If this leaked image of a new Nokia phone from HMD is to believed, the company will attempt to push the envelope in smartphone imaging with a penta-lens camera array that looks equal parts Matrix, Ghost In The Shell, Evangelion and the rest. To HMD's credit, it certainly looks like no other smartphone -- at least from the back.

As The Verge has noted, this five-lens setup has also been spotted in earlier design sketches and even a patent from Zeiss -- which recently reunited with the Nokia brand. This adds some weight to this fantastically bizarre-looking leak. I thought Huawei's three-lens phone was overkill, but the results speak for themselves.

Nokia is not the only one musing on a cornucopia of lenses in future smartphones: Light, which already launched a 16-lens camera that was roughly the size of a very chunky point-and-shoot, is reportedly working on bringing similar technology to a smartphone.

The question is whether HMD, having also picked up the PureView branding from Microsoft, can create something pervasive from it. The company's attempts to make the 'bothie' (simultaneous front and rear photos and video) happen fizzled out. The old Nokia pushed the envelope when it came to phone photography -- even if results were mixed -- with big imaging sensors and huge accompanying camera bumps. Features like optical zoom and stabilization a mainstay for a lot of its premium devices back when Windows Phone was a thing.

In 2018, HMD is looking to repeat the magic -- hopefully with more commercial success this time.

Source: ITHome, The Verge
In this article: cameras, fivecamera, gadgetry, gadgets, gear, hmd, leak, mobile, nokia, pentalens, zeiss
All products recommended by Engadget are selected by our editorial team, independent of our parent company. Some of our stories include affiliate links. If you buy something through one of these links, we may earn an affiliate commission.