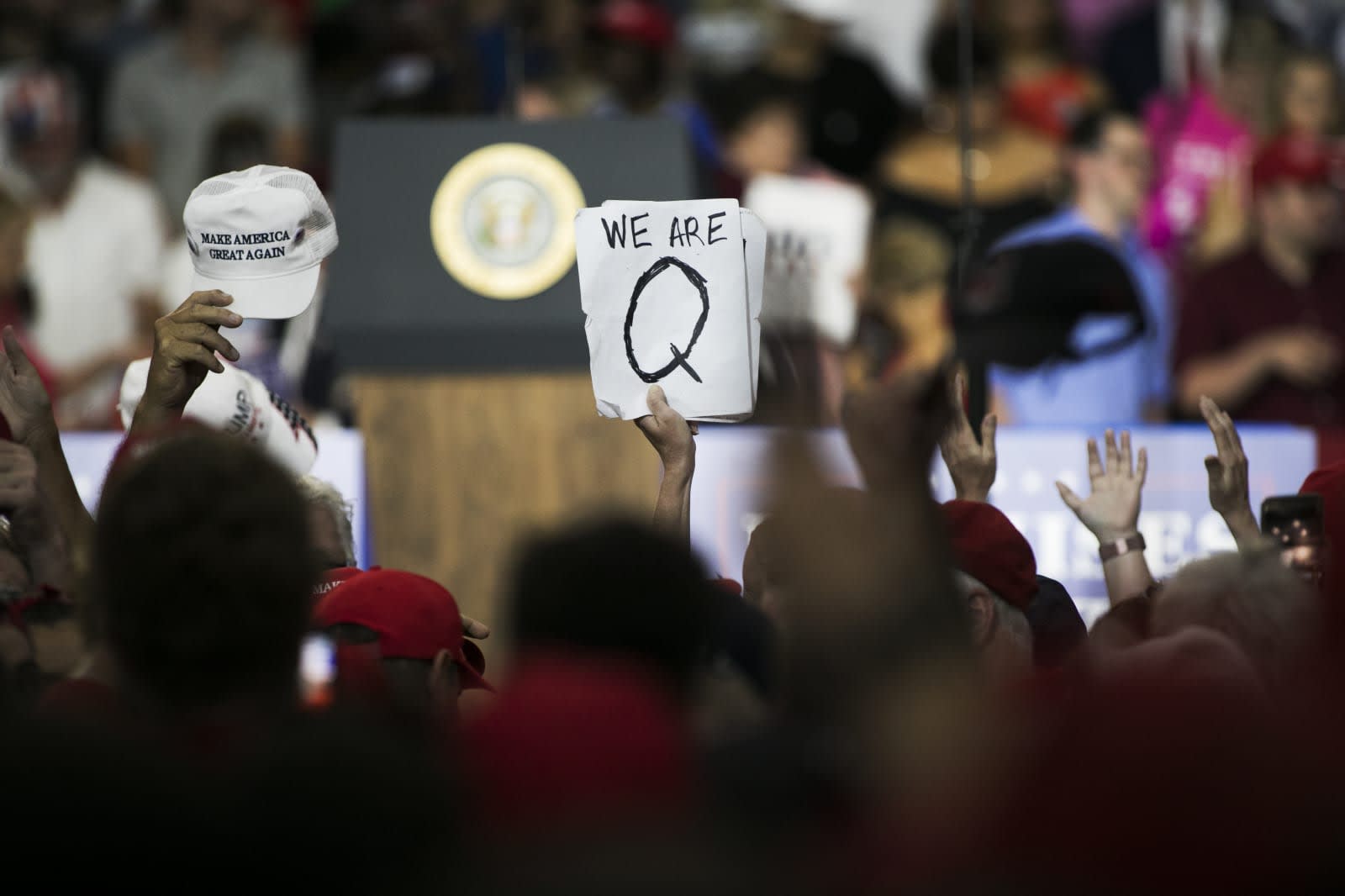 Reddit's tougher policies just led to more community bans, albeit not for typical reasons. The site has confirmed to Slate that it shut down subreddits associated with the QAnon conspiracy theory, including GreatAwakening, QProofs and thestorm, among others. While the company didn't say exactly what had prompted the bans, it noted that its rules bar activity that "incites violence, disseminates personal information, or harasses." It had banned a related board in March, but it hadn't conducted such a sweeping response until now.

The theory revolves around a cult-like devotion to Q, an anonymous 4chan poster who has posted cryptic messages claiming Special Counsel lead Robert Mueller is really working on behalf of Donald Trump to expose a conspiracy inside the Democratic Party. Despite a lack of tangible evidence or even clues as to Q's origins, the group has amassed thousands of followers, some of whom have made a point of demonstrating at Trump rallies. They're both completely convinced the theory is real and willing to go to significant lengths to defend it -- it's easy to see how that could lead to harassment or other policy violations.

This probably won't stop QAnon's most loyal supporters, who could head to Facebook and other social networks. They won't always have the anonymity that Reddit affords, though, and that could lead to some of them going quiet worried that friends and family will ostracize them. This certainly isn't the first time Reddit has cracked down on multiple subreddits. It's certainly one of the more unusual, however, and it may have a tangible effect when many of QAnon's members can't congregate in person.

Source: Slate
In this article: ban, conpiracytheories, conspiracy, ConspiracyTheories, gear, internet, myth, qanon, reddit, socialnetwork, socialnetworking
All products recommended by Engadget are selected by our editorial team, independent of our parent company. Some of our stories include affiliate links. If you buy something through one of these links, we may earn an affiliate commission.