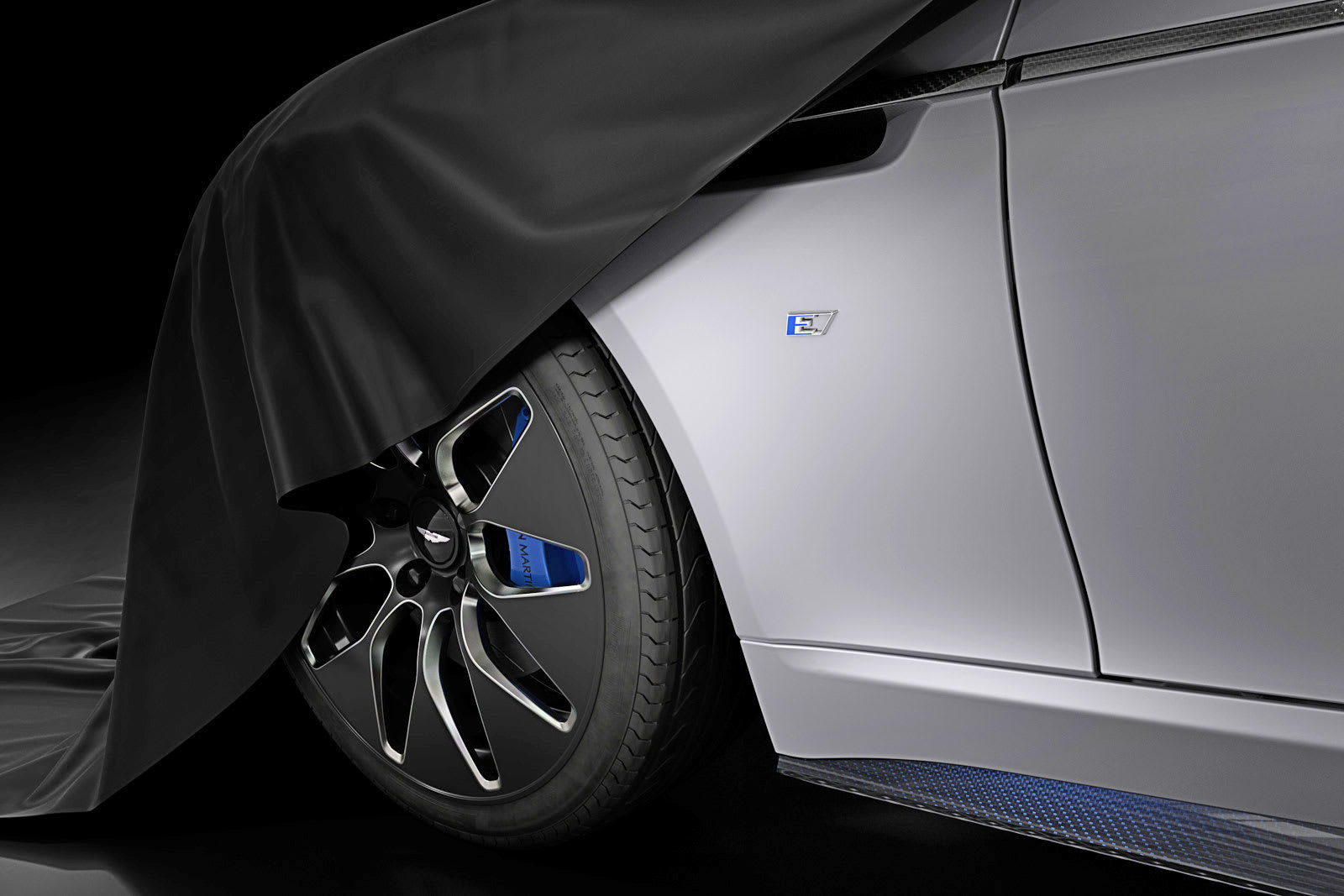 Aston Martin is nearly ready to unveil its first purely electric road car after years of work. The company has provided an early look at the Rapide E, an EV edition of its high-performance luxury sedan. It's not providing complete visuals (just the powertrain and a peek at one of the wheel areas), but it is promising a machine that's both speedy and practical. Its dual motors will deliver the equivalent of 602HP and 701ft/lb of torque, translating to a 155MPH top speed, a sub-4.0-second 0-60MPH time and a 50-70MPH time of 1.5 seconds -- quick given that the Rapide isn't exactly a diminutive car. Its 65kWh battery should deliver a range over 200 miles (on the WLTP testing standard), and its support for 100kW "or higher" charging should top you up in less than an hour.

And yes, the car can maintain its performance for extended periods. The company promises that the Rapide E can handle a full lap of Germany's famed Nürburgring circuit with "absolutely no derating" of the battery, and that it shouldn't suffer with frequent hard acceleration and braking. That's a shot across the bow of Tesla's Model S (which can only sustain performance for short bursts), although future EVs like the new Roadster shouldn't have that problem.

There are some design changes to accommodate the new powerplant. Aston is keeping the weight down through alloys and carbon composites, while it's refining the aerodynamics right down to the wheels (which wear low-resistance Pirelli P-Zero tires). This may still seem familiar to enthusiasts who've driven the V12-powered Rapide S, though. Aston has tuned the handling and powertrain to feel more like the gas-powered model, so it shouldn't feel like you're giving up driving dynamics while you're saving the planet.

The problem: it'll be difficult to get a Rapide E, even when you compare it to the brand's usual exclusivity. Aston is making just 155 examples of this vehicle when production starts in the fourth quarter of 2019, and history suggests that they'll all be sold before a single unit hits the streets. Even so, this is a major milestone. Aston is one of those brands virtually synonymous with giant gas-powered engines, so this is as much a shift in philosophy (albeit a partial one) as it is a different product strategy.

Via: The Verge
Source: Aston Martin
In this article: astonmartin, electriccar, electricvehicle, ev, gear, rapide, rapidee, teaser, transportation
All products recommended by Engadget are selected by our editorial team, independent of our parent company. Some of our stories include affiliate links. If you buy something through one of these links, we may earn an affiliate commission.