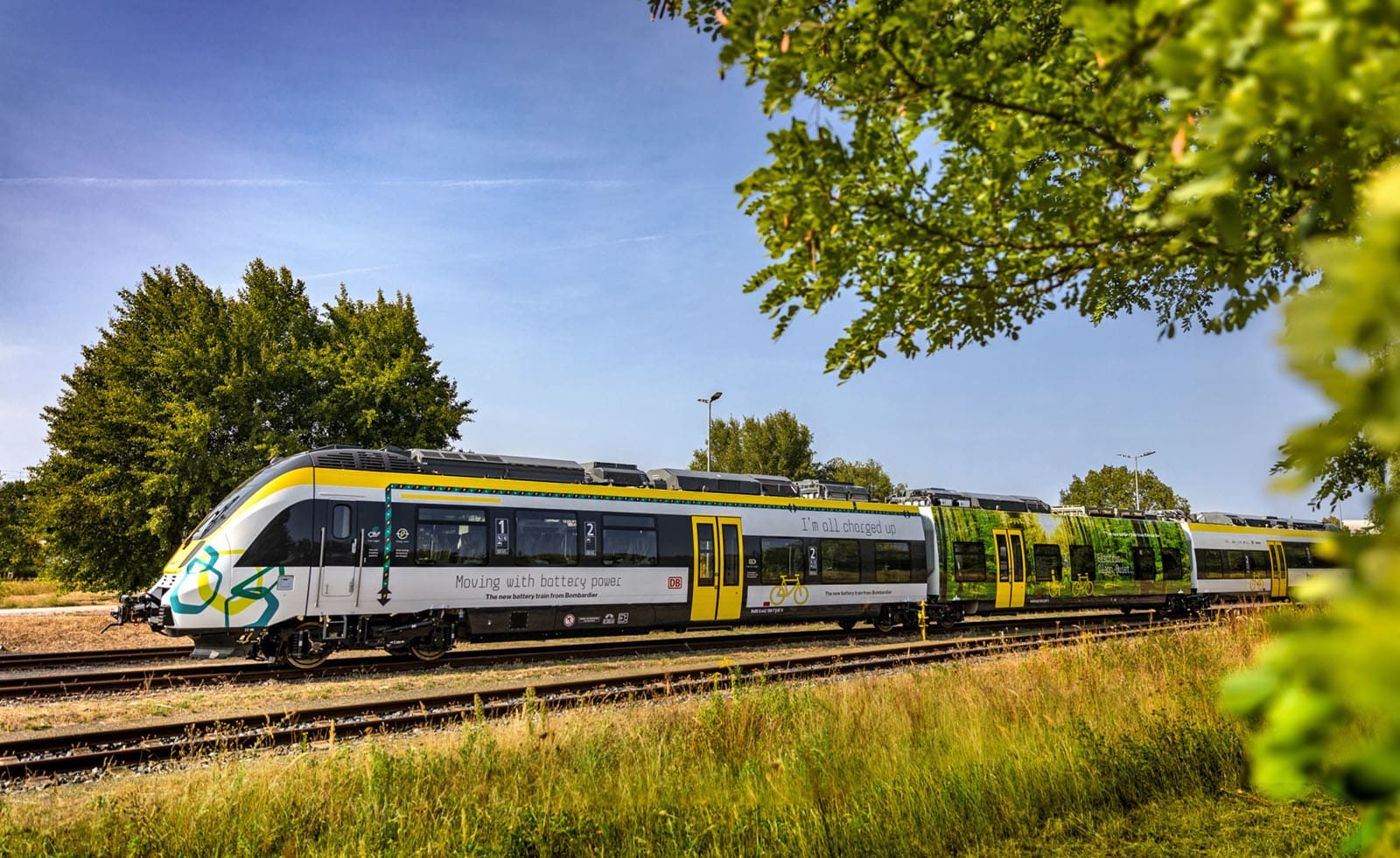 Diesel trains are noisy and polluting, but on stretches of non-electrified rail, what else are you going to do? Hydrogen trains are one option, but now there's another: Canadian transportation firm Bombardier has (re-)introduced the battery powered train. In Berlin, it launched the Bombardier Talent 3 electro-hybrid train, the first of its kind in Europe in over 60 years, the company said. The train took its maiden voyage with local luminaries including the federal commissioner for rail transport and the Brandenburg transport minister.

"Around 40 percent of the German rail network is not electrified," said Bombardier German transportation chief, Michael Fohrer. "The Bombardier battery-operated train is an attractive option to counter that, both economically and ecologically speaking." Developed with $4 million worth of support from the German government, the train uses Bombardier's MITRAC powertrain (below) that allows for different combinations of motors and batteries.

The train that ran on the weekend can go about 40 km (25 miles) on a charge, but future version will be able to run for up to 100 km (62 miles). It generates no exhaust and is 90 percent efficient in terms of efficiency and recyclability, Bombardier said.

Germany is trying hard to reduce its dependence on diesel trains. Earlier this year, Alstom unveiled the Coradia iLint, a hydrogen-powered train that will one day run for about 1,000 km (620 miles) on a tank of hydrogen. "On non-electrified or only partially electrified routes, the motto is: move away from diesel on the tracks and toward cleaner and more environmentally-friendly mobility," said Germany's state secretary for rail transport Enak Ferlemann.

Germany has a ways to go to catch up with Holland, which runs 100 percent of its trains on wind power. It's trying, though: In 2019, operator Deutsche Bahn (DB) will start a twelve-month trial run with passengers on Bombardier's 40 km-range prototype train near Lake Constance in Germany's southwest.

Via: Electrek
Source: Bombardier
In this article: AirPollution, Battery-powered, Berlin, Bombardier, Diesel, gear, Green, Hybrid, third-rail, Train, transportation
All products recommended by Engadget are selected by our editorial team, independent of our parent company. Some of our stories include affiliate links. If you buy something through one of these links, we may earn an affiliate commission.