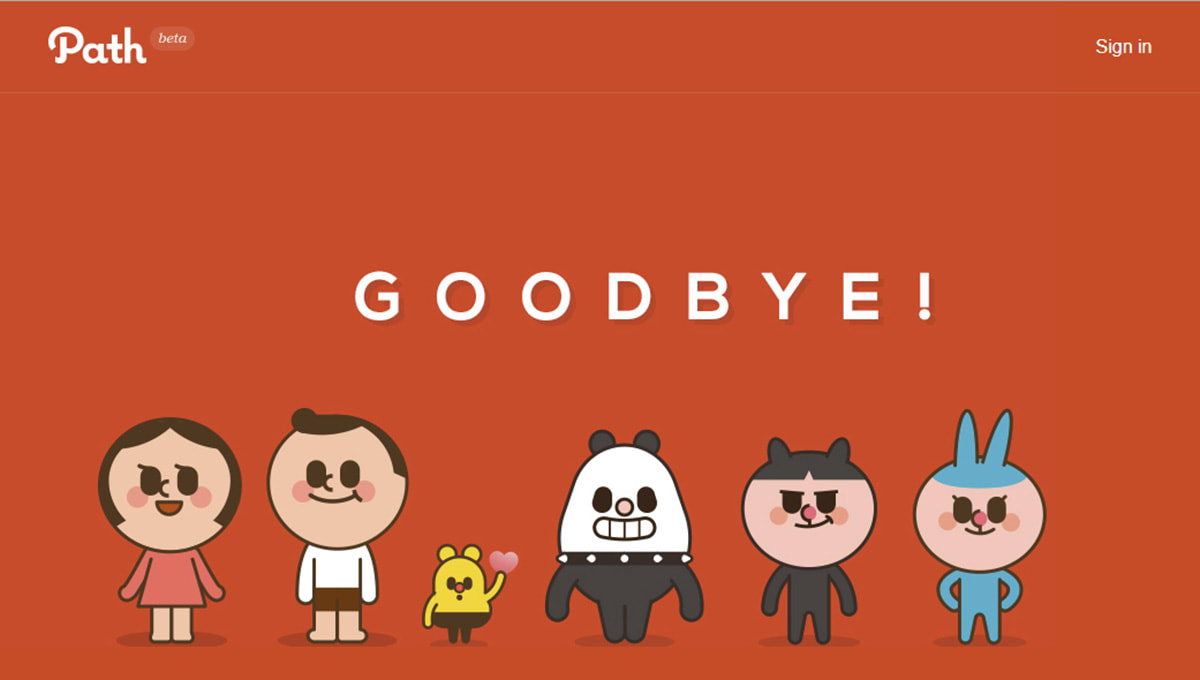 Path, the Facebook rival and sticker pioneer that gained a million users a week at its peak, is officially dead. "It is with deep regret that we announce that we will stop providing our beloved service," the site announced. Founded by ex-Facebooker Dave Morin, along with Dustin Mierau and Shawn Fanning from Napster, the site is probably best known for its more private nature and helping to pioneer "sticker"-style emojis.

Path started out in 2010 as a private networking app that let users keep just 50 friends, but that was boosted to 150 friends and eventually lifted. It boasted 15 million users at one point, but like most other social media apps, was smothered by the 800-pound-gorilla of social media, Facebook. As it did with other social networks (oh, Snap), Facebook allegedly borrowed several innovations from Path, notably the aforementioned stickers and reactions, which replaced the "like" button in 2015.

Path's star began to fade not long after its apex, and an effort to split off its private messaging app into the business-oriented Path Talk didn't help. It was purchased by Korea's Kakao in 2015, which hoped to profit from the app's popularity in Indonesia (Path had four million users there at one point). That clearly didn't pan out, however, and Kaoko elected to abandon the app altogether.

Overwhelmed by requests to rebuild a better @Path. Considering doing it. If you are interested in working on such an idea, DM me. Let's see if a passionate team forms. If so, we'll do it.

Morin recently mused about the possibility of rebuilding Path, but that clearly came to nothing. It will be pulled from the App Store and Google Play on October 1st, but users have until October 18th to download their data. After that, Path will officially join the app graveyard, so if you were ever attached to it, now's the time to mourn.

Via: Techcrunch
Source: Path
In this article: gear, internet, Kakao, Path, ProductGraveyard, RIP, ShawnFanning, Stickers
All products recommended by Engadget are selected by our editorial team, independent of our parent company. Some of our stories include affiliate links. If you buy something through one of these links, we may earn an affiliate commission.