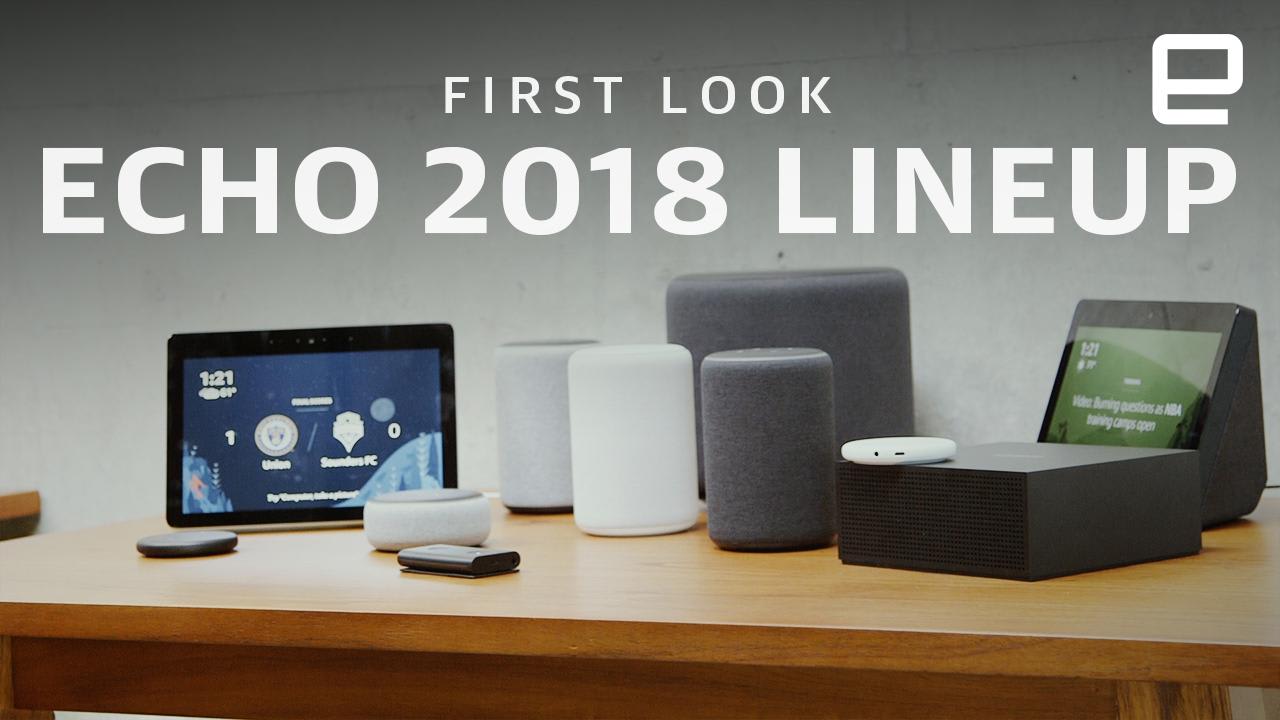 It wouldn't be an Amazon event without a slew of new Echo devices, and this time is no different. The company announced not one, not two, but seven new Echo products at an event today in Seattle. Not only are there now new versions of the Echo Dot, the Echo Plus and the Echo Show, Amazon also introduced several new Echo companions that you can use to bring Alexa to every room in your house -- and even your car.

Like the new Echo Show, the new Echo Dot and Echo Plus look a lot better this year than last. The Dot, for example, no longer looks like an oversized hockey puck. Instead, it now has a curved shape wrapped in fabric -- charcoal, heather gray or sandstone color -- which would certainly blend in a lot more nicely with your home decor. And it's probably no coincidence that it bears more than a passing resemblance to the Google Home Mini. More than looks, the Dot is also now much louder -- over 70 percent louder, according to Amazon. I had a brief demo following the event, and I have to say the volume is more robust than the previous Dot, which sounds positively tinny in comparison.

The same improvements go for the new Echo Plus. While last year's model had the look of a first-gen Echo, this year's iteration looks a lot more like the second-generation Echos we saw in 2017 (which are incidentally still on sale for $100). It's shrunk in size and also sports the same fabric design. Just as before, the new Echo Plus has built-in smart home hub functions, so you can say things like "Alexa, discover my devices" for it to work well in your smart home. Just like the Dot, the Plus sounds a lot better this year than last. I was impressed by just how booming the bass sounded, and I thought the highs sounded much clearer as well. Combine that with an upcoming feature that'll let you pair any two Echo speakers into a stereo setup, and you can see why better sound from the Echo is a compelling proposition.

I didn't get to test this, but the Plus also comes with an embedded temperature sensor for temperature-based routines. So if the room gets warmer than 80 degrees, for example, that'll trigger a switch to a connected fan. Another useful feature that I didn't get to try out is local voice control, so you can control your Echo even if the internet is down.

The rest of the Echo products announced today are all designed, to some extent, to add Alexa to even more devices in your life. There's the Echo Sub, which you can add to the aforementioned stereo setup for a 2.1 sound system, and the Echo Input, which turns any speaker into an Alexa-powered one. Amazon also announced the Echo Link and Echo Link Amp, which lets you stream music to your existing premium stereo equipment. All of which effectively negates the need for dedicated multi-room audio speakers like Sonos, and might even nix the need for a high-end speaker like Google's Home Max or Apple's HomePod. Why spend hundreds on a whole new WiFi sound system when you can just upgrade the one you already have?

It's the same philosophy used in the new Echo Auto, which adds Alexa to any vehicle. Now there's no need to splash tens of thousands of dollars on a whole new car just to get Alexa. Plug the Auto dongle into your existing car, and you'll get to make calls, listen to music or your Audible audiobooks and ask for directions, all without having to install a new head unit. It also provides viable competition to Android Auto and Apple's CarPlay. 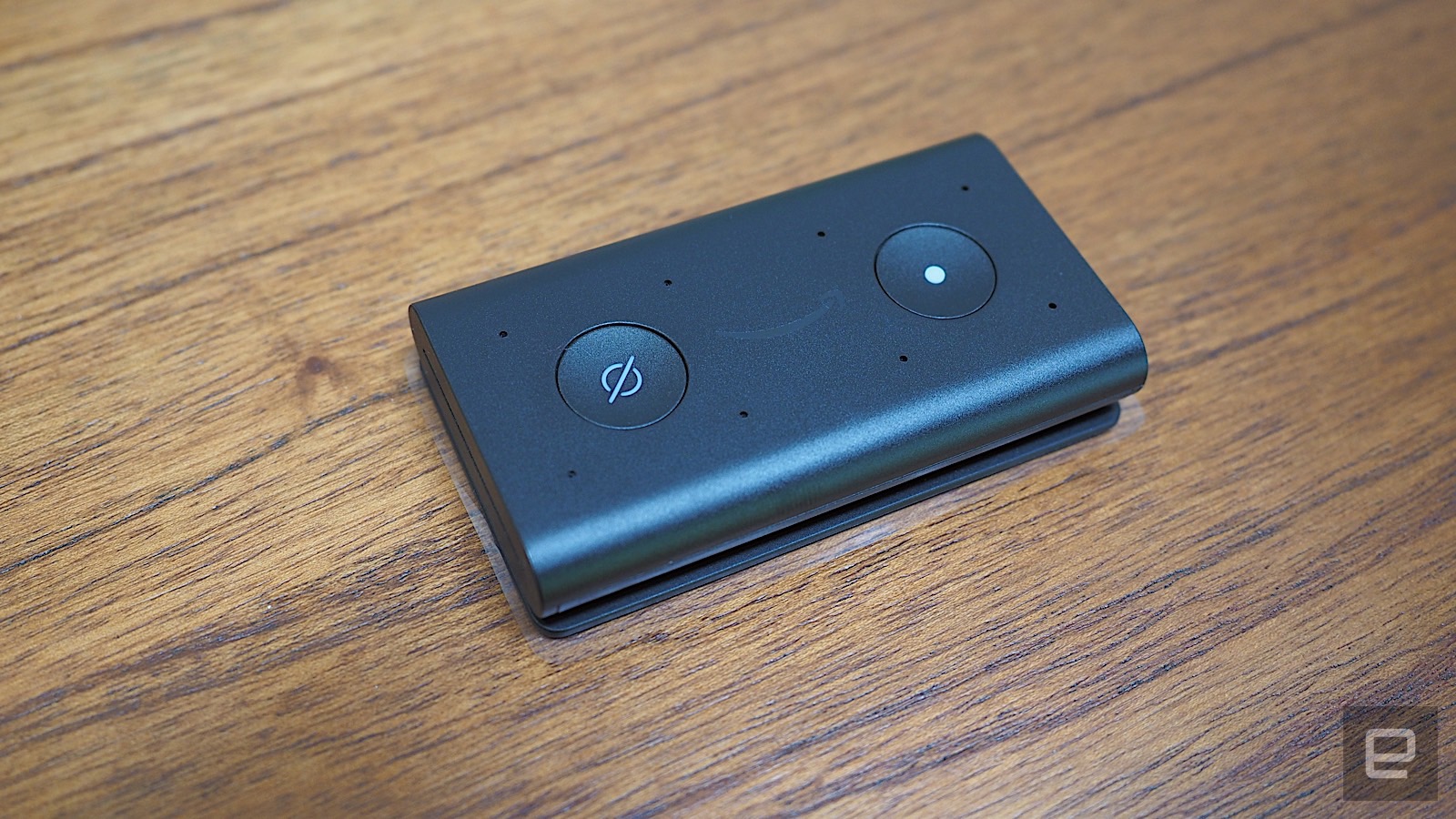 With so many new Echo speakers and companion products, Amazon is clearly flexing its dominance in the personal assistant space, as if thumbing its figurative nose at the likes of Google and Apple, both of whom arrived relatively late in the smart speaker category. To drill the point in further, Amazon is even making it easier for you to transform everything else in your home -- be it a microwave oven or a clock -- into an Alexa-powered device. Pretty soon, everything in your life will be powered by Alexa, and you might not even realize it.

In this article: alexa, alexa2018, amazon, echoauto, echodot, echoinput, echolink, echolinkamp, echolnk, echoplus, echosub, editorial, gear, home, personal computing, personalcomputing
All products recommended by Engadget are selected by our editorial team, independent of our parent company. Some of our stories include affiliate links. If you buy something through one of these links, we may earn an affiliate commission.