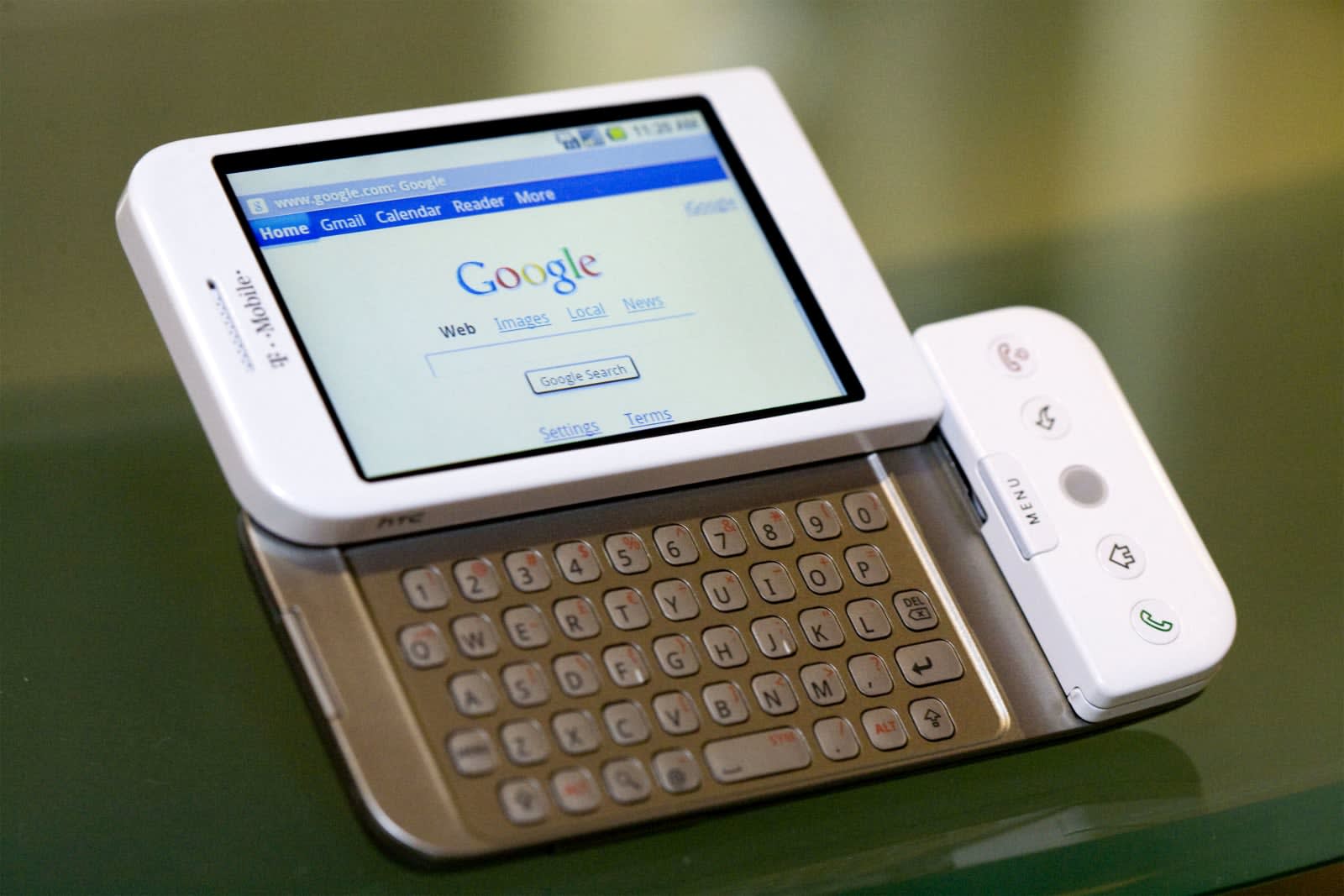 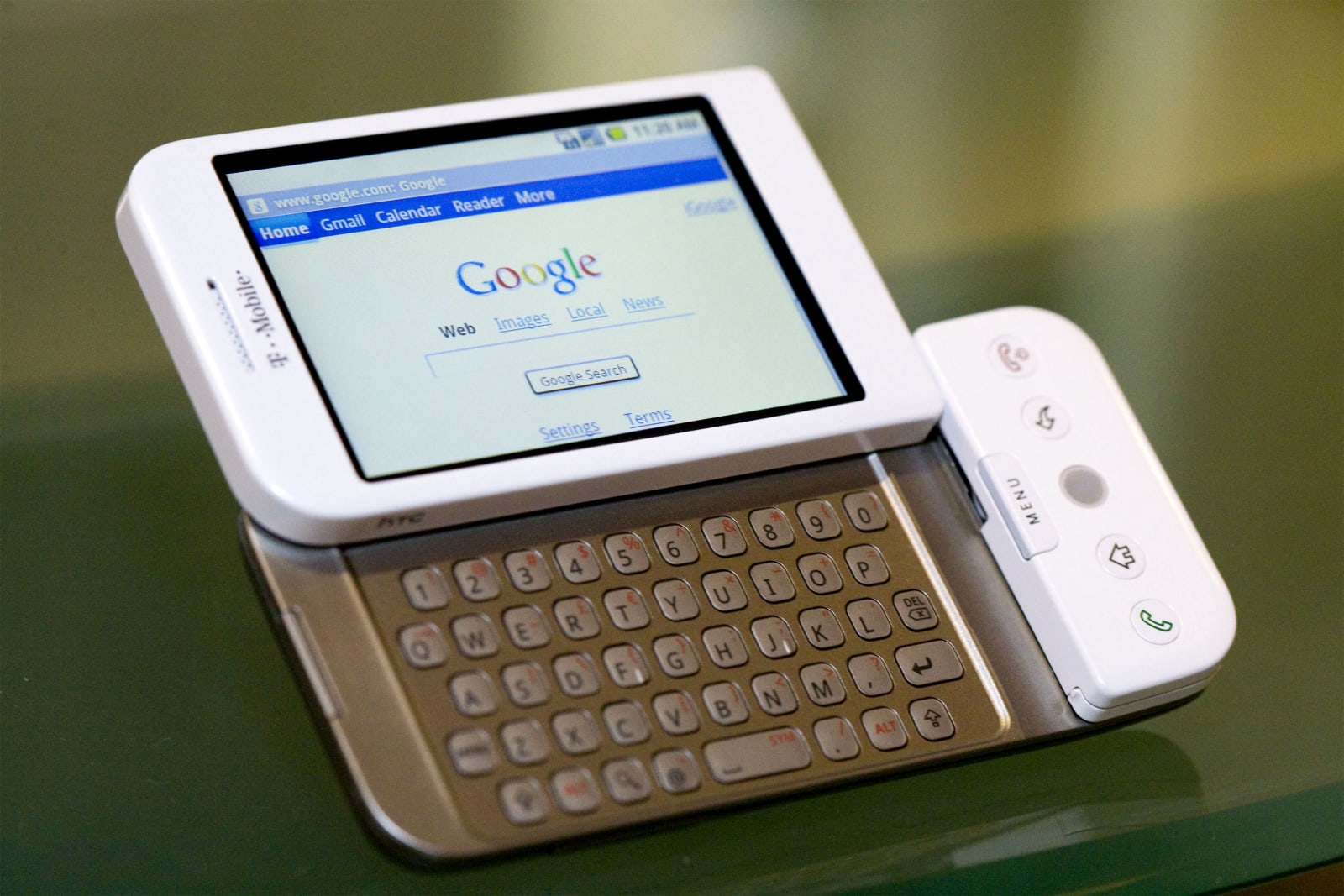 The mobile world is celebrating a momentous anniversary today: Android is ten years old. The T-Mobile G1 (and Android 1.0) made its debut on September 23rd, 2008, launching both a new operating system and a new era. It didn't look like much in those early days, but it eventually became the dominant mobile platform and set the baseline for what many people expect in a smartphone. It also helped topple more than a few giants -- the story of Android is as much about a sea change in the industry as Google's own development.

On its premiere, Android was particularly rough around the edges. By default, it couldn't play video outside of YouTube. Android Market, the precursor to Google Play, had just a handful of apps. There wasn't even a virtual keyboard. Andy Rubin and crew initially designed Android as a BlackBerry-like experience, before Apple's iPhone made touchscreens all the rage, and that keyboard focus persisted long after the G1 arrived. However, the basic formula was already there. Google intended Android as an open, internet-centric OS that would bring its services to your pocket, and it was easy to see the potential when most 2008-era phones were locked down and treated the internet almost as an afterthought... even if some rivals dismissed it at first.

Yet Google managed to seize on that potential. Android adoption exploded thanks to both rapid software upgrades as well as flagships like the Motorola Droid and Samsung Galaxy S. It was already the most popular mobile OS by the end of 2010, and competitors that once seemed unassailable quickly fell by the wayside. If the iPhone knocked BlackBerry, Symbian and Windows Mobile off their respective perches, it was Android that put them in the ground. It's telling that the companies behind those competing platforms had to either use Android or embrace it to remain relevant. They were slow to recognize the shift toward touch interfaces, built-in app stores and the mobile internet, and they paid a stiff price for that sluggish response. 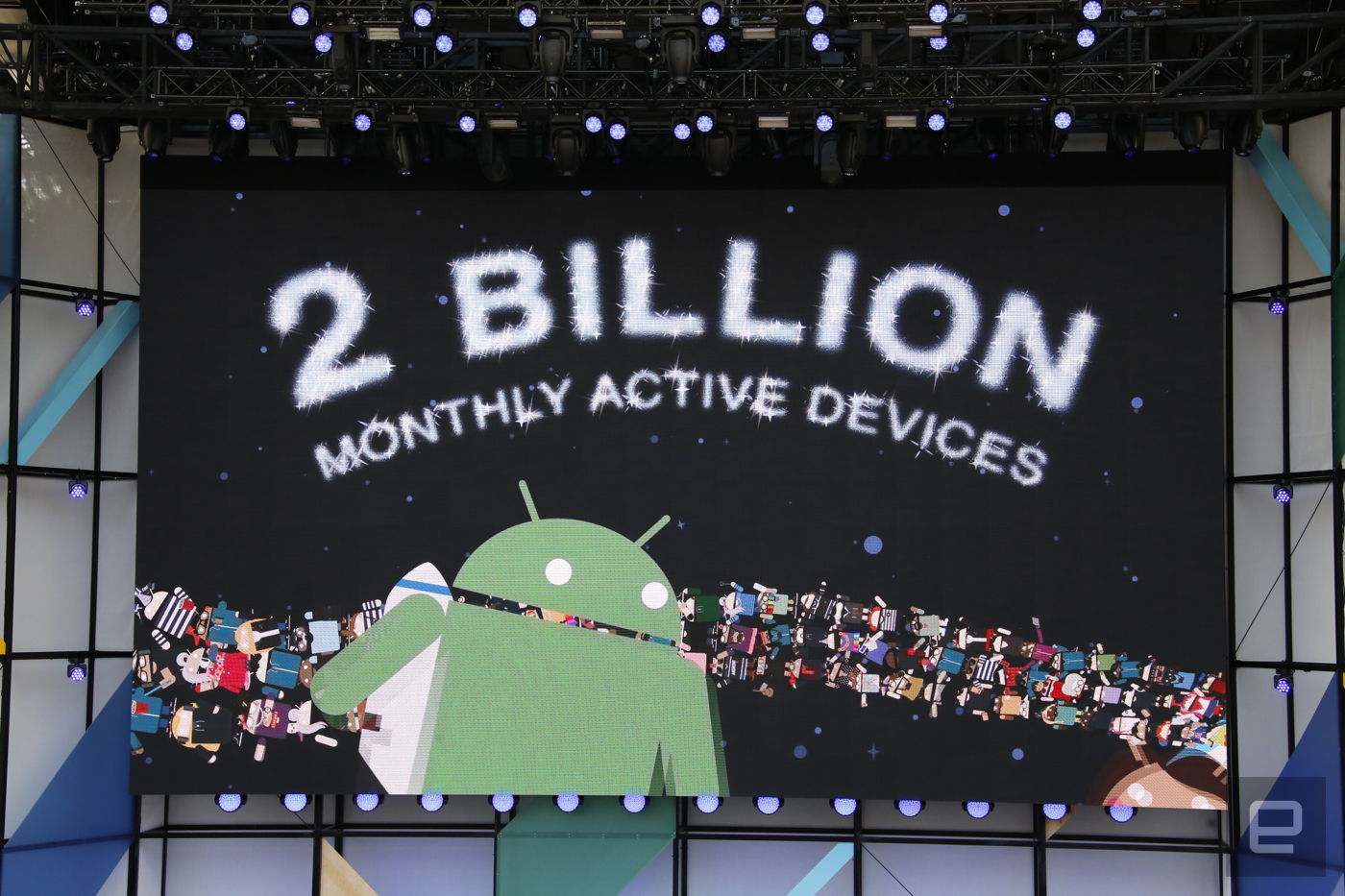 Today, Android is the de facto software on virtually every smartphone that doesn't come from Apple, and it was present on more than 2 billion active devices as of 2017. More importantly, it has expanded well beyond phones in the past decade. You can find Android on a myriad of tablets, smartwatches and TVs, not to mention unusual places like ovens and VR headsets. It's even present on PCs -- thanks to Chrome OS, you can run Android apps on your laptop. While Android hasn't enjoyed nearly as much success outside of handsets (Apple still rules the smartwatch market, for example), it's effectively ubiquitous.

There's one looming question, though: what happens to Android in the next ten years? For now, it's more of the same. Google may not be updating Android quite as aggressively as it did early on, but it's still focused on constant iteration and boosting adoption across a wide variety of device types. If there's any clear challenge on the horizon, it's from Google itself. The company is working on long-term projects like Fuchsia that could eventually replace Android. Simply put, Google built an OS designed to go the distance, and it's likely to have a healthy future.

In this article: android, anniversary, editorial, gear, google, GoogleAt20, mobile, operatingsystem, smartphone, t-mobileg1, wearos
All products recommended by Engadget are selected by our editorial team, independent of our parent company. Some of our stories include affiliate links. If you buy something through one of these links, we may earn an affiliate commission.