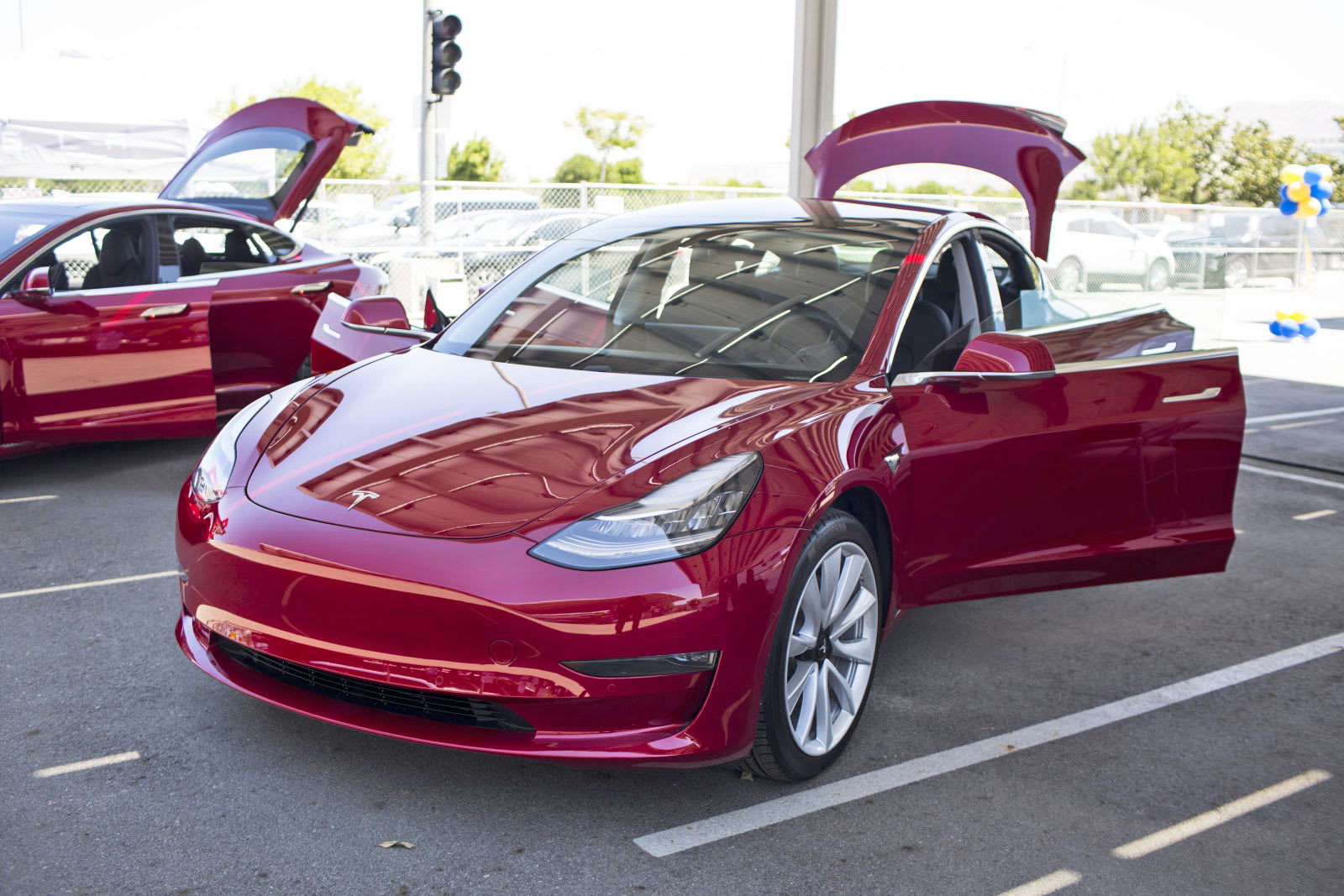 Tesla is determined to move as many EVs as it can before its summer quarter is over, and that includes saving you from even a short trip to get your vehicle. Electrek has learned that the company just launched a "door-to-door" Tesla Direct service bringing the Model 3 directly to customers, and not just those near the automaker's Fremont factory. Customers in Los Angeles (and possibly other areas) are receiving emails offering to deliver cars directly to their homes and offices for free -- helpful if you'd rather not take time off or plan a trip to get your new ride.

The service is billed as operating on a "first come, first serve basis." While emails talk about the service running through the weekend, it's poised to stay through at least the next week. Whether or not it continues beyond that isn't certain, although Elon Musk reportedly approved of a factory delivery program after testing it himself in July.

This follows after Tesla temporarily brought back its free Supercharging offer for referred purchases of Model 3 Performance, Model S and Model X inventory cars (that is, ones that aren't tied to specific orders) before the end of September.

It may seem odd to task staff with driving cars when they could be making sales pitches or staying put at delivery centers, but it makes sense in light of the "delivery logistics hell" (as Elon Musk put it) Tesla is facing. The sheer volume of customer deliveries is already creating a glut at Tesla's locations -- it may be more efficient to bring EVs to people instead of making them jockey for attention with other soon-to-be owners.

Source: Electrek
In this article: electriccar, electricvehicle, ev, gear, model3, tesla, transportation
All products recommended by Engadget are selected by our editorial team, independent of our parent company. Some of our stories include affiliate links. If you buy something through one of these links, we may earn an affiliate commission.