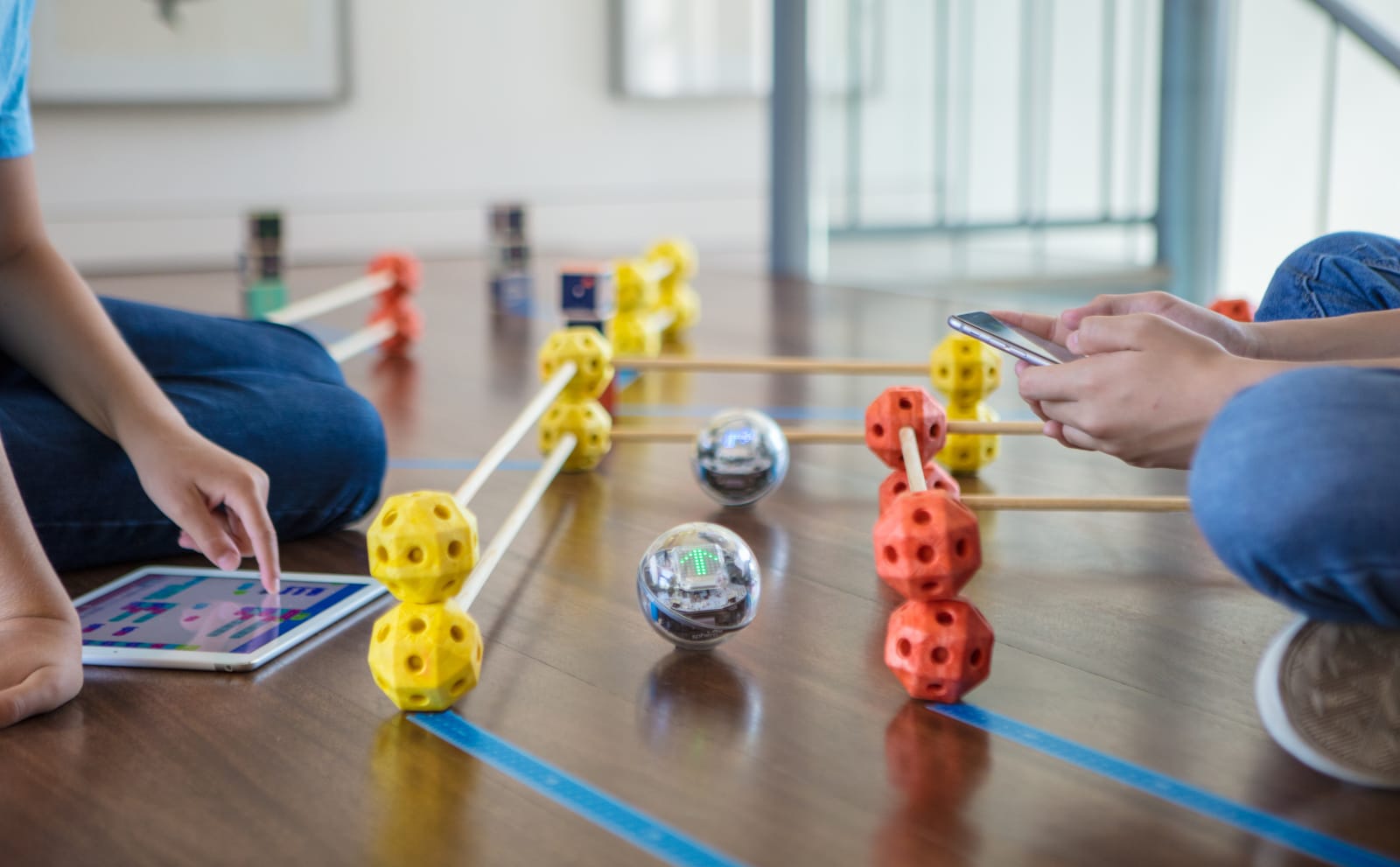 Facebook has announced a new initiative that aims to teach coding skills to more school kids. Targeting primarily underrepresented student groups — such as Black, Latino/Hispanic, Native American and female demographics — CodeFWD will allow teachers to apply for a free set of 15 Sphero Bolt robots upon completion of a series of curricula.

Designed for English and Spanish speakers, CodeFWD is a three-step online program for 4th through 8th-grade students that doesn't require prior knowledge from them or their teachers. The first module, "I do," prepares educators to introduce programming to their classrooms. The second one, "We do," is for the teachers and students to learn together. During the final step, "You do," the teacher's role is to support kids while they're practising the newly acquired skills.

After all three steps are finished, educators are eligible to apply for a free Sphero Bolt Power Pack that contains 15 robots and a charging station. The pack is valued by Sphero at a total of $2,500; one Sphero Bolt robot currently retails for $150. Facebook and Sphero didn't mention how many "power packs" they're planning to distribute.

The Bolt robots look like transparent balls with an 8×8 LED matrix inside them. They display data, directions or animations depending on what the user has programmed. They can be controlled and programmed through the Sphero Edu app for iOS, Android, Kindle, Mac, Windows and Chrome, as well as the new Sphero Play app for unique drive modes and games on iOS and Android.

Facebook also noted that it "will have access to aggregate, anonymous usage data from Sphero," TechCrunch reports.

Via: TechCrunch
Source: Business Wire, Facebook Newsroom
In this article: CodeFWD, coding skills, education, facebook, gadgetry, gadgets, gear, robots, schools, Sphero, tomorrow
All products recommended by Engadget are selected by our editorial team, independent of our parent company. Some of our stories include affiliate links. If you buy something through one of these links, we may earn an affiliate commission.