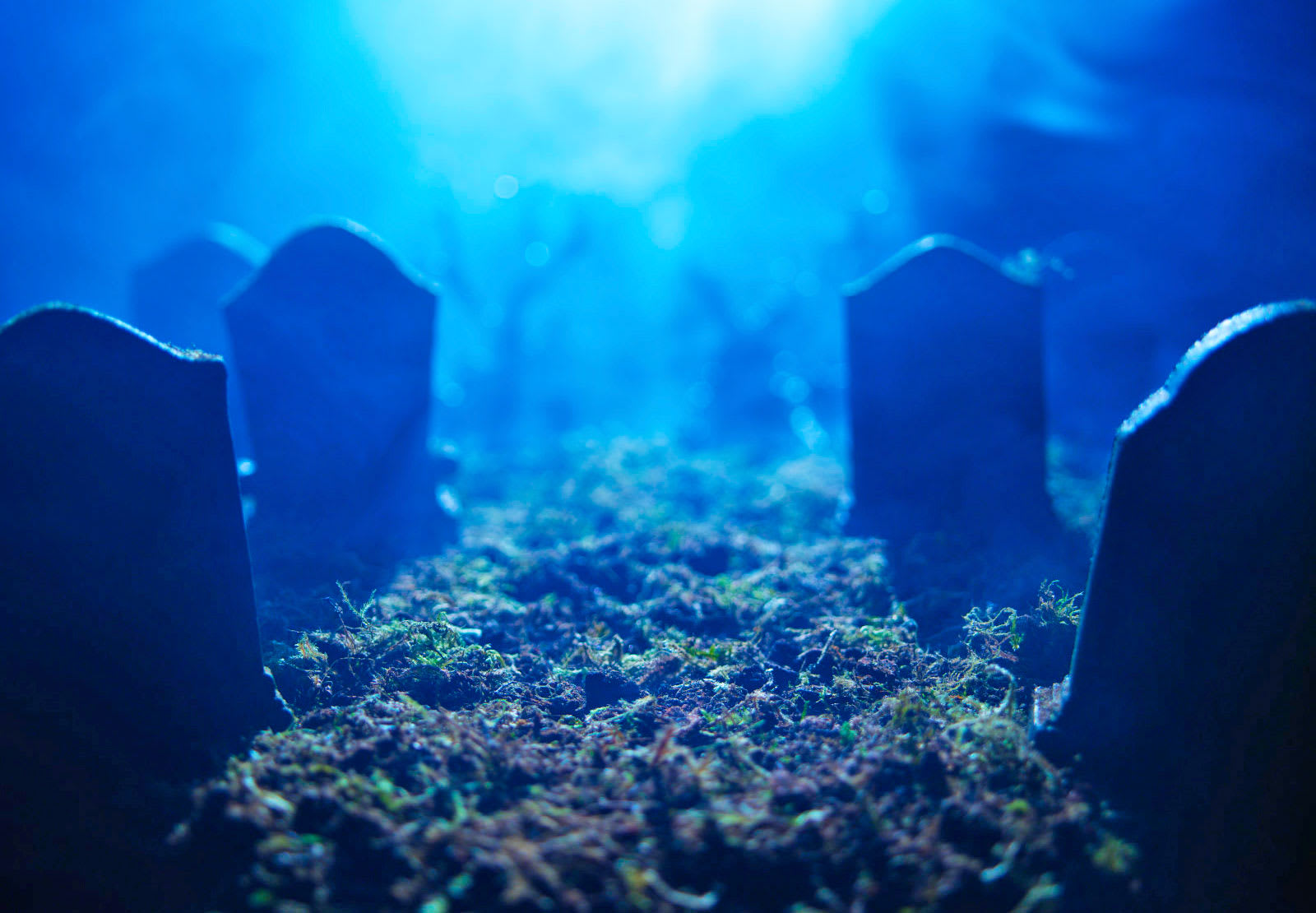 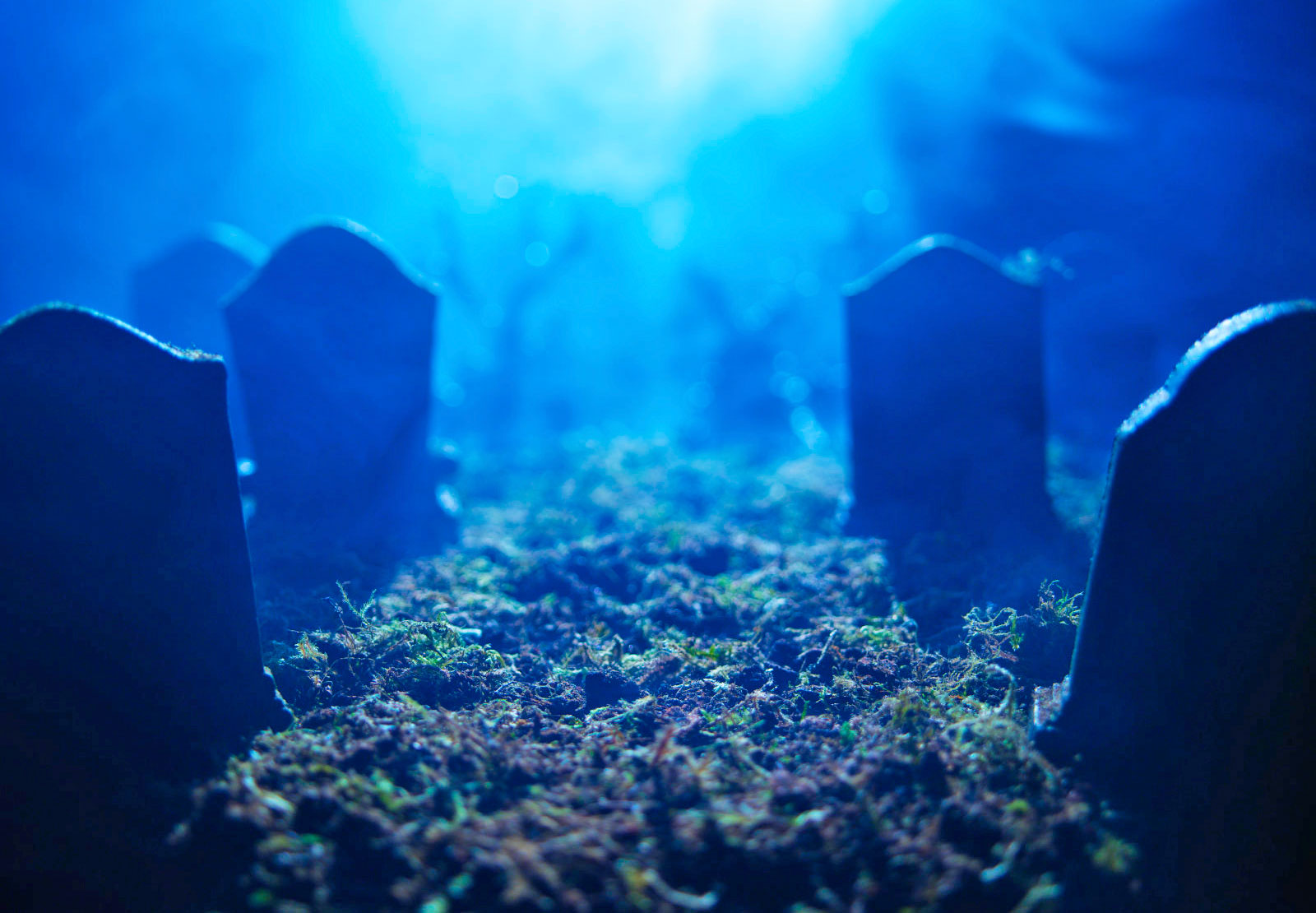 In its 20-year history, Google has given, and Google has taken away. Companies of its size often dabble with new projects to see if the public will take them to their hearts. Sadly, for every Gmail and Maps, there are ten projects that felt the swing of the Mountain View ax. Sometimes these doomed projects have outlived their usefulness, didn't catch on with the public, or just didn't work as they should have. But while everyone celebrates Google's long life, let's spare a moment to remember the ones that didn't make it this far, and what happened next. 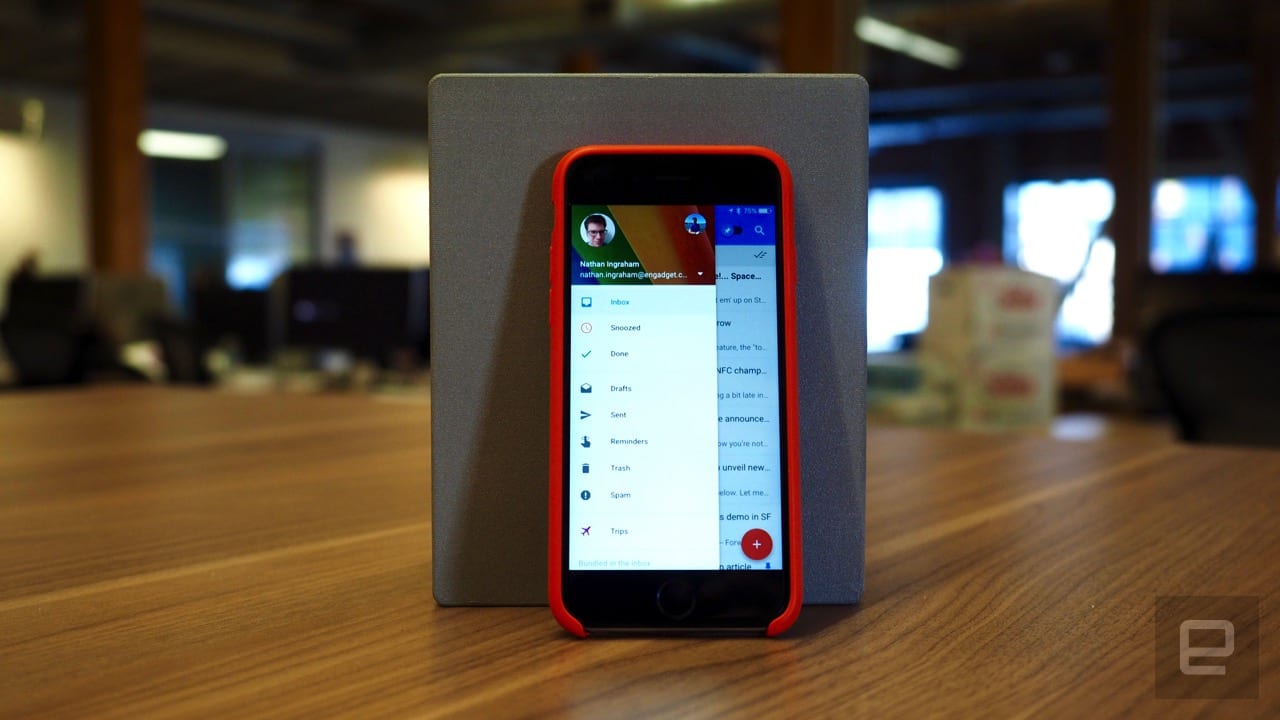 iPhone day is a good day to bury bad news, which is exactly what Google did by announcing that it was killing Inbox during Apple's keynote this month. The platform acted as a test bed for features that would eventually make it over to Gmail, but it also became a cult in its own right. Smart Replies, Nudges and Priority Notifications were all birthed in Inbox before adoption by the flagship. It was popular, too: Inbox has been downloaded by more than 10 million users.

Google will kill off the service in March 2019, ending a journey that began in 2012 when the company bought Sparrow. Sparrow was a five-person team responsible for a beautiful, minimalist mail client. The search engine spent $25 million to bring the quintet to Mountain View in order to work on a (then) top-secret project. Two years later, Inbox by Gmail launched, with a similar emphasis on elegance, minimalism and productivity.

Inbox has apparently now served its purpose and already shared the features that made it unique. Google doesn't need to be running two essentially competing platforms, so there's logic as to why it needs to die. Not to mention that Gmail users can also sign up to test new features in the main app when the company looks to tinker further.

For plenty of people, the demise of Google Reader still stings, more than five years after it was placed on a flaming boat and pushed out to sea. It began life in 2005 as just another RSS reader, the way a big proportion of us would consume news on a regular basis. Born as a tool for Blogger users, it quickly grew into its own product, as well as creating a quasi social network for reading and sharing stories.

Google said that dwindling user numbers prompted its closure in 2013; others thought it was a tactical move by the search engine. After all, the idea was (in theory) to keep users inside Google's own services, like, uh, Google Plus. True fact: Did you know who was once Google Reader's product marketing manager? Instagram co-founder Kevin Systrom.

It's easy to wonder if, in these troubled times, liberal democracy would have been so messed up if we'd all been using a different social network. In an alternate universe, it's quite possible that Google's own offering, Orkut, would have been the thing that glued us all together. It launched a month before Facebook, albeit as engineer Orkut Büyükkökten's side project.

Much like many before it, Orkut offered users the chance to make friends and share content and status updates. And people were able to find and build communities around their shared interests, which should ring plenty of bells. Unfortunately, a couple of poor redesigns, a lack of discovery and Facebook's growth helped stall Orkut's growth. Google said that the growth of its other platforms -- YouTube, Blogger and (gasp) Google Plus -- outpaced Orkut. Of course, hindsight might have encouraged Google to throw some weight behind Orkut, especially given its immense popularity in India and Brazil. As for Büyükkökten, after Orkut's demise, he went on to build Hello, a social network based on interest sharing.

Dodgeball was a location-based platform that required people to "check in" to a specific location via SMS. They'd receive information about cool stuff happening in the vicinity, and whether any of their friends were nearby. The company was bought by Google for an undisclosed sum in 2005, from its co-creators, Dennis Crowley and Alex Rainert. Both would join Google and remain with the company for the next couple of years.

By April 2007, Crowley and Rainert had quit Google, revealing their frustrations in working for the search engine. "We couldn't convince them that Dodgeball was worth engineering resources," wrote Crowley, "leaving us to watch as other startups got to innovate." Google would go on to kill Dodgeball in 2009 in favor of Latitude, which did a similar job with Google Maps. There was, at least, a happy ending for Crowley, who, also in 2009, co-founded another location-aware platform named after a ball game: Foursquare. 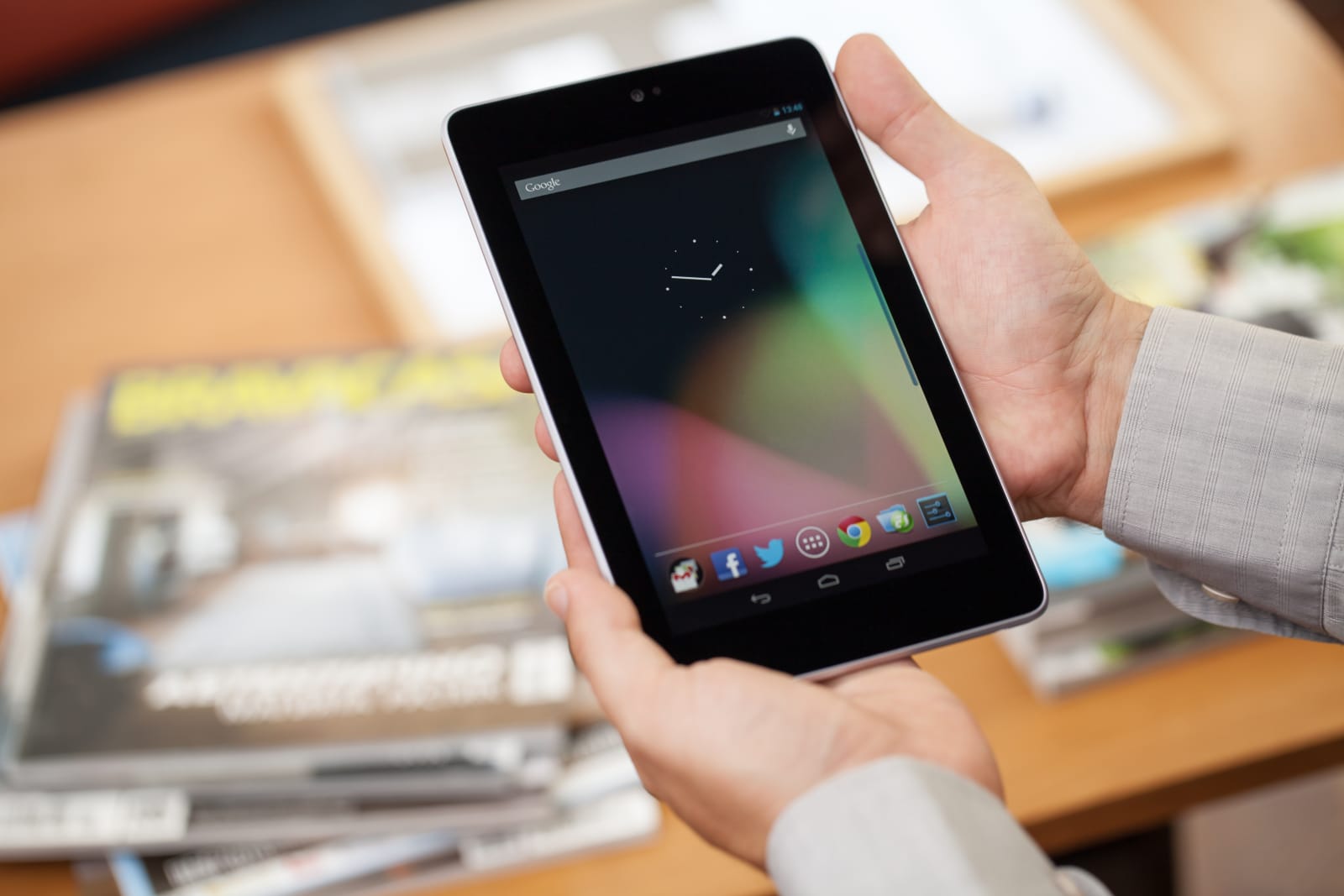 Google's Nexus program was never just about phones, but about providing a pure Google experience in a number of fields. At the time, Android devices were often suffocated by bloated skins and unwanted additional apps. The Nexus One and its descendants were the antidote and, while their appeal was niche, they explicitly appealed to the hard core.

The Nexus 7, however, was Google's serious attempt at building a low-cost competitor to the iPad. The ASUS-made slate retailed for $199 and was designed to let you read, listen to music and watch movies on the go. Subsequent versions would see updates to the 7-inch model, a Samsung-made 10-inch version and a HTC-made 9-incher.

The Nexus range also branched out into music (Nexus Q) and movies (Nexus Player), both of which foundered. The former was killed pretty quickly, while the latter has seen Google withdraw support, frustrating loyal customers. The overall Nexus line was closed in 2016, although lots of good came out of the program: the $299 Nexus Q became the $35 Chromecast, the Nexus became the much-loved Pixel Phones and the tablets kinda died off -- for now.

There are plenty of places where you can get your dumb and not so dumb questions answered without scrutiny. There's Google Search, for one, which is already a pretty big repository for silly queries, as well as platforms designed specifically for the purpose, including Yahoo Answers and Quora. For a time, Google did something similar, albeit with one big difference. If you wanted a question answered by Google Answers, you'd have to pay.

Google Answers was launched in 2002, and users could cough up cash to buy answers, provided by researchers. Prices were capped at $200, although buyers could add a tip of $100 if they felt the effort deserved it. These days, it's hard to believe that folks would have paid money to have their questions answered in this manner. After all, someone paid money to find out about an on-demand printing service, and the only response pointed them to Vistaprint.

Of course, that sort of business model was always going to founder, with fee-less alternatives available and plenty of folks willing to offer their opinions for no compensation. Not to mention the improvement in search engines more generally, making such a paid service little more than a curio.

As an online platform for gathering and tracking your health data, Google Health, launched in 2008, was years ahead of its time. Once you'd handed over enough information, the system could graph your BMI and your sleep score and track your blood pressure. It seems quaint these days, but back then such an idea was both pretty exciting and pretty easy to ignore.

The service was tied to a large test with participants from the Cleveland Clinic and could collect medical information from a variety of health companies. In 2010 the platform started to collect data from smart devices, including internet-connected weighing scales. Just a year later, Google's Aaron Brown conceded that Health wasn't "having the broad impact that we hoped it would."

It would be churlish to point out that Google turned up to the health-tracking party too early and left before the fun really began. But given the explosion in wearable devices that, arguably, began with the launch of the Fitbit Ultra in 2011, Google's timing couldn't have been worse. Google Health was shuttered on January 1st, 2012, and the company would subsequently launch the remarkably similar, albeit glossier, Google Fit two years later.

In this article: gear, google, GoogleAt20, Health, Inbox, internet, Orkut, Reader
All products recommended by Engadget are selected by our editorial team, independent of our parent company. Some of our stories include affiliate links. If you buy something through one of these links, we may earn an affiliate commission.