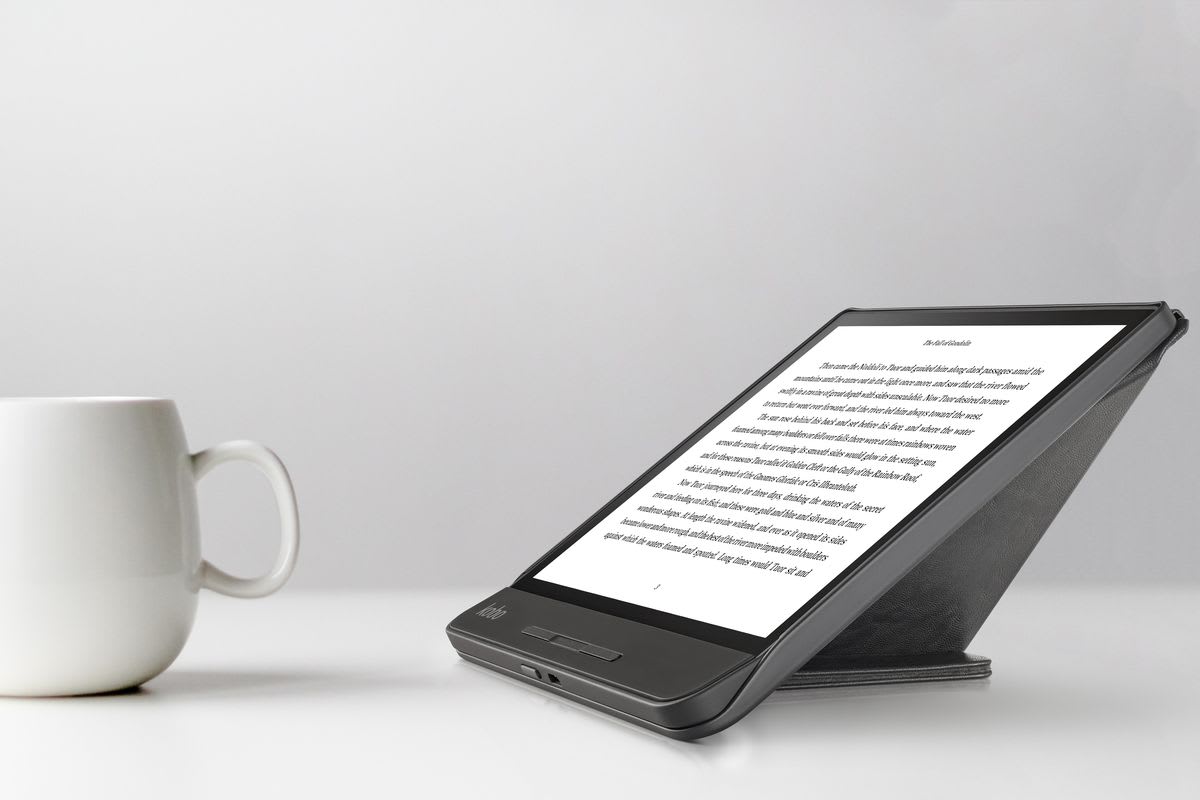 Like Amazon's Kindle range, Kobo's e-readers run the gamut from affordable devices to premium products. The company's latest falls firmly in the high-end category. At $280, the Kobo Forma costs 50 bucks more than its current top-of-the-line model; the Kobo Aura One. It's also waterproof (with an IPX8 rating, meaning you can dunk it in 2 metres of water), lightweight (at 197g, it's 15 percent lighter than the Aura One), and touts 8-inches of screen space.

Kobo is talking up the durability of its newbie, which hinges on its E-Ink Mobius display: essentially a flexible plastic layer within its display. Kobo says this makes the Forma even better for clumsy people as it can withstand being dropped from more than six feet as well as "more bends, twists, full handbags, and overloaded backpacks than any previous eReader." Also new are its "tactile" page-turn buttons on the right-hand side.

Elsewhere, it's poached some features from its budget siblings, including that IPX8-rating and ComfortLight Pro -- which automatically reduces blue light exposure during night reading to lower the burden on your eyes. And comes with 8GB storage, enough for 6,000 e-books. A 32GB version is also coming to Japan at first, with a wider rollout on the cards.

The Kobo Forma is available to pre-order in black from October 16th and will land in stores on October 23rd, initially in Canada, the US, the UK, Italy, the Netherlands, France, Japan, and Spain. It will then rollout to Australia, New Zealand, Switzerland, Sweden, and Turkey later this year, and Mexico in early 2019.

Source: Kobo
In this article: e-reader, E-readers, gadgetry, gadgets, gear, kobo
All products recommended by Engadget are selected by our editorial team, independent of our parent company. Some of our stories include affiliate links. If you buy something through one of these links, we may earn an affiliate commission.