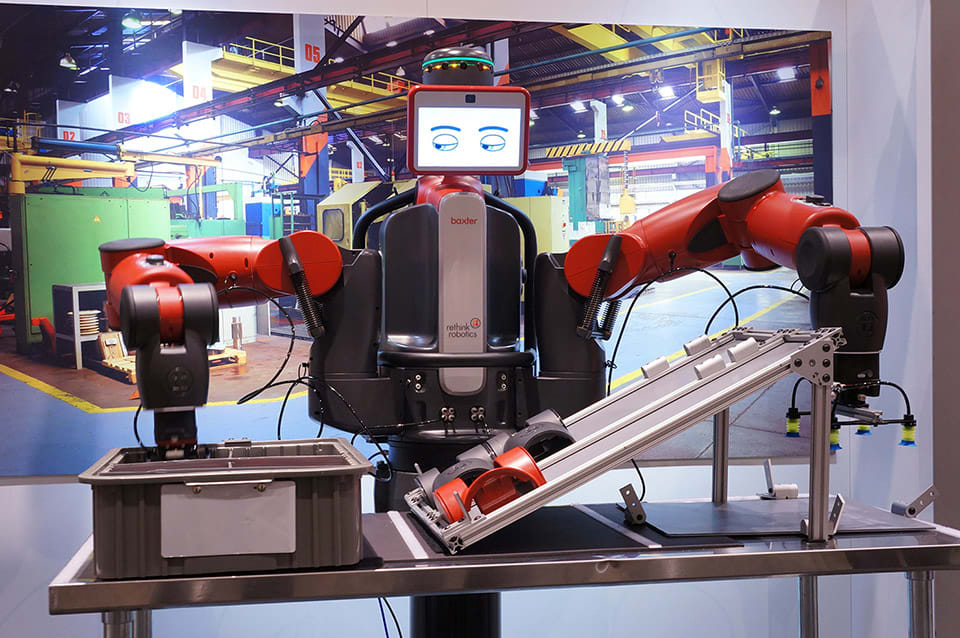 For a while, it looked like Rethink Robotics would shake up the world with its collaborative robots: rather than having to write code, workers could teach bots to perform tasks by guiding them through the process. However, the market doesn't appear to have shared its vision. Rethink has suddenly shut down after a potential buyer backed out of a deal. Sales of Baxter and Sawyer robots weren't meeting expectations, Rethink chief Scott Eckert said, leaving the company low on cash. It really needed this acquisition to go through, in other words.

The move will leave 91 people without jobs, although they may find positions quickly given the thriving robotics industry.

While Eckert didn't go into detail as to why sales were low, the Boston Globe attributes it to one main rival: Universal Robots. While many credit Rethink with breakthroughs in accessibility for collaborative robotics, Universal had a slight head start (it was founded three years earlier than Rethink, in 2005) and has had success creating a deep platform that translated to healthy sales. It just sold its 25,000th bot in September. As sad as it may be to see Rethink go, it's leaving precisely because the market for worker robots is very healthy.

Source: Boston Globe
In this article: baxter, closure, gear, rethinkrobotics, robot, robots, sawyer, shutdown
All products recommended by Engadget are selected by our editorial team, independent of our parent company. Some of our stories include affiliate links. If you buy something through one of these links, we may earn an affiliate commission.