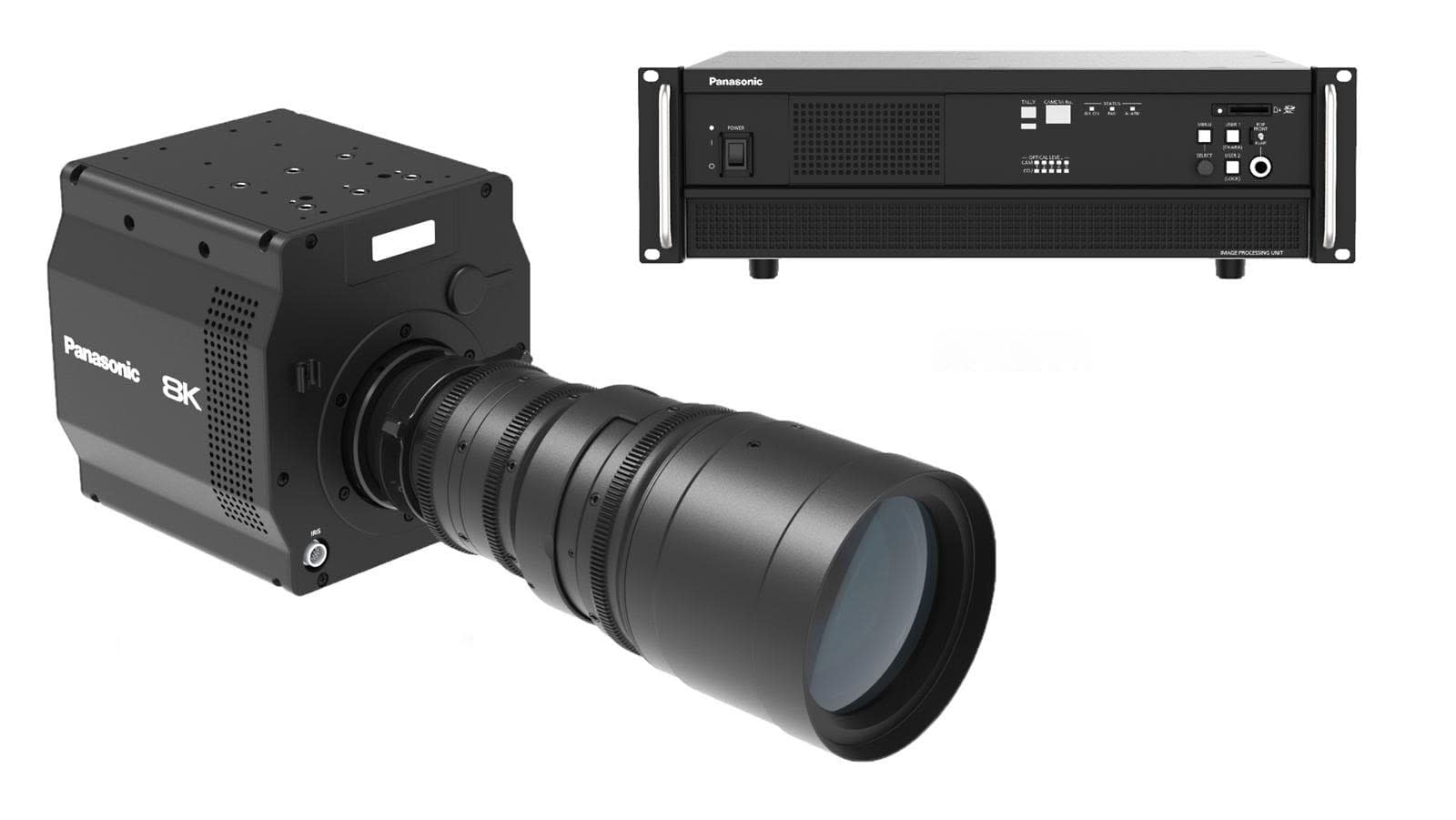 Earlier this year, Panasonic unveiled a so-called organic sensor that would give cameras better dynamic range and low-light sensitivity. Now, it has unveiled a camera to go with it, the AK-SHB810, which will be the world's first to pack an 8K organic sensor. Panasonic claims it will have a "wide dynamic range" compared to regular CMOS cameras, and packs a global shutter that records the entire image at once, eliminating so-called "jello" or rolling shutter.

In contrast to regular single-layer CMOS sensors, an organic sensor has two layers: an organic photoconductive film and separate circuit. That allowed Panasonic to incorporate high-speed noise cancellation in the circuit, while increasing light-gathering powers in the organic light-sensing layer.

That allows for better dynamic range, even in shooting situations with a lot of contrast, like a stadium in bright sunlight with the audience sitting in the stands, Panasonic said. On top of that, as long as the shutter is higher than 120th of a second, the entire sensor is read instantly rather than line-by-line like in a DSLR or mirrorless camera. That "global shutter" can thus eliminate rolling shutter effect, which skews vertical lines on fast-moving objects.

All of this is good news for camera fans. Though it's essentially a reference machine, Panasonic intends to start selling the device in the fall of 2019 at an unknown price (probably a lot). However, the technology should start trickling down to consumer products eventually, yielding cameras with much better dynamic range that perform better in low-light situations and have no rolling shutter. It's also rare to see another company trumping sensor leader Sony, creating some much-needed competition in that area.

Via: Photo Rumors
Source: Panasonic (translated)
In this article: 2020Olympics, 8K, Broadcast, cameras, gear, GlobalShutter, OrganicSensor, Panasonic, Video
All products recommended by Engadget are selected by our editorial team, independent of our parent company. Some of our stories include affiliate links. If you buy something through one of these links, we may earn an affiliate commission.