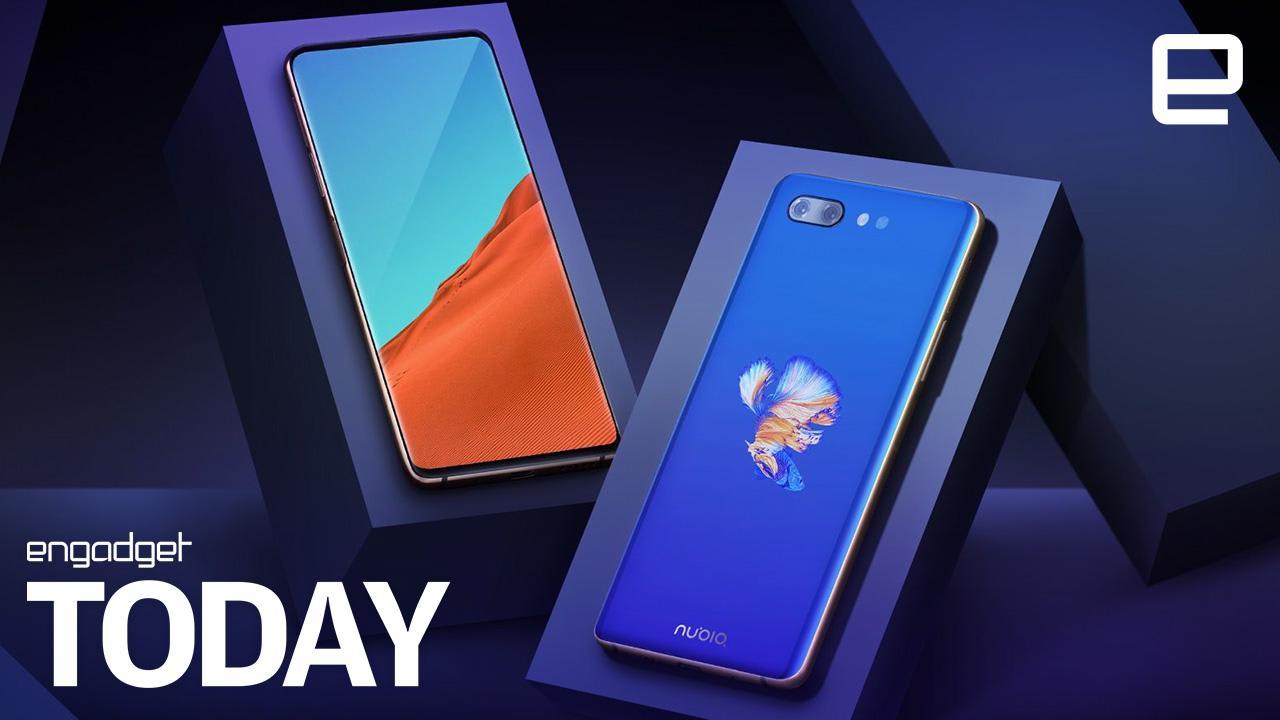 While local competitors like Vivo, Oppo, Xiaomi and Honor have been trying various sliding mechanisms to achieve all-screen, notch-free smartphone designs, Nubia decided to take the easy approach: Getting rid of the front cameras and forcing you to use the rear cameras for selfies. This is why the freshly-announced Nubia X is a dual-screen flagship smartphone, with its 6.26-inch FHD+ LCD covering almost the entire front side, and the back featuring a smaller 5.1-inch 1,520 x 720 OLED panel to go with the dual cameras. A bit like Yota's implementation, except it's OLED instead of E Ink on the back; plus no front cameras, of course. 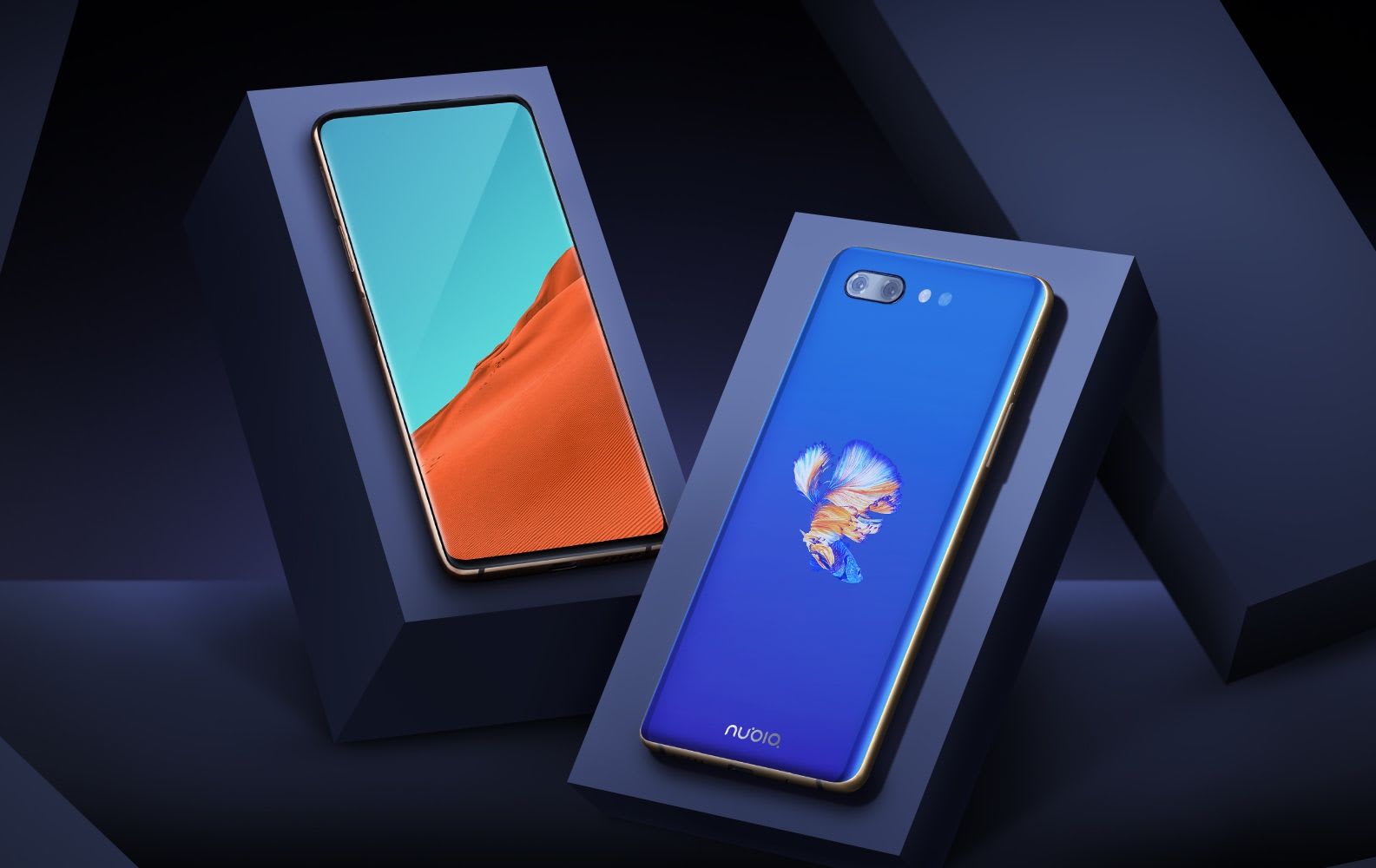 Obviously, the main purpose of the secondary OLED screen is to let you take selfies using the device's only two cameras (16MP f/1.8 and 24MP f/1.7), but this also means greater flexibility when using these main cameras -- think awkward angles that would otherwise require crouching down or even lying on the ground.

Nubia also claims that this camera's portrait mode uses AI tricks to analyze the subject's ethnicity, facial features, age, skin tone and other characteristics to set the right kind of beautification and bokeh. Similarly, the AI software has also been trained with over 4,000 scenes to automatically optimze images accordingly. 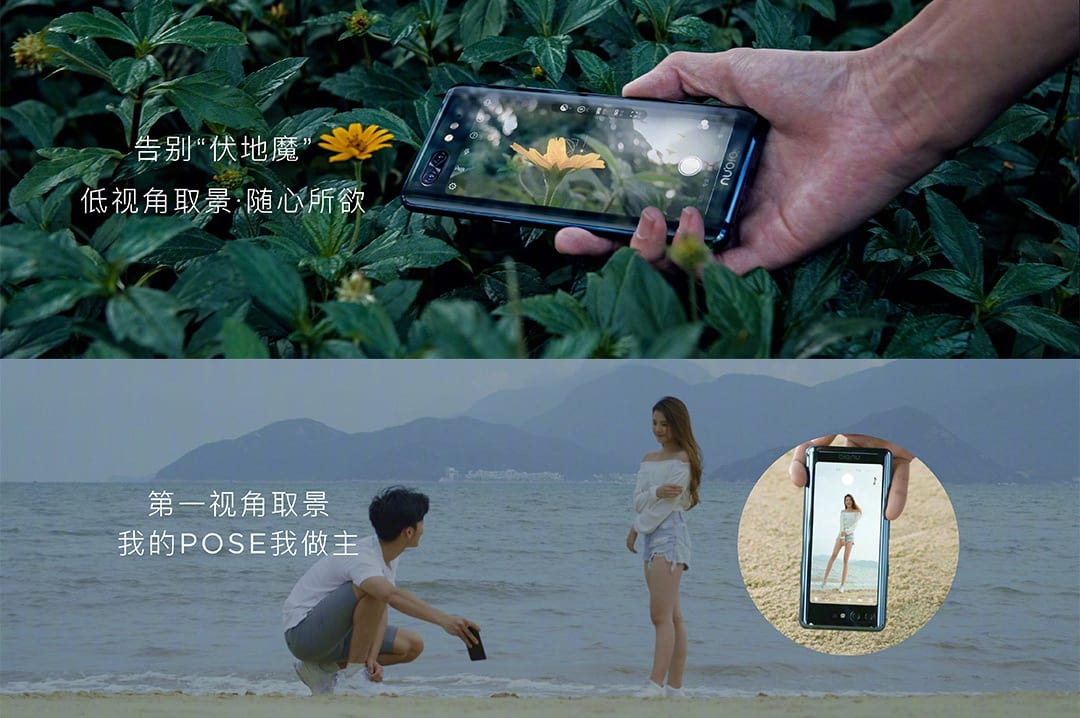 In addition to being a camera-centric feature, the OLED side can also serve as your everyday screen. You can either let the Nubia X's behavior prediction software determine which side you're looking at, or simply touch both capacitive fingerprint readers -- that's right, there's one on each side bezel (they also double as home and back buttons) -- to manually switch screens.

As to why you'd want to do that, well, it's because Nubia applied a software-based three-level blue light filter -- certified by TÜV Rheinland -- to the OLED screen, and it encourages users to flip to that side at night for both eyesight protection and better sleep quality. On top of that, the Nubia X's blue models ("ocean blue" and "blue and gold") even come with a physical blue light filter baked into the back glass cover, hence their extra 100 yuan (about $14).

When you're not browsing on the OLED screen, you can still take advantage of its always-on display capability and set a clock or live wallpaper here, and it looks pretty sweet. That said, Nubia clearly borrowed the beta fish idea from the Apple Watch here. 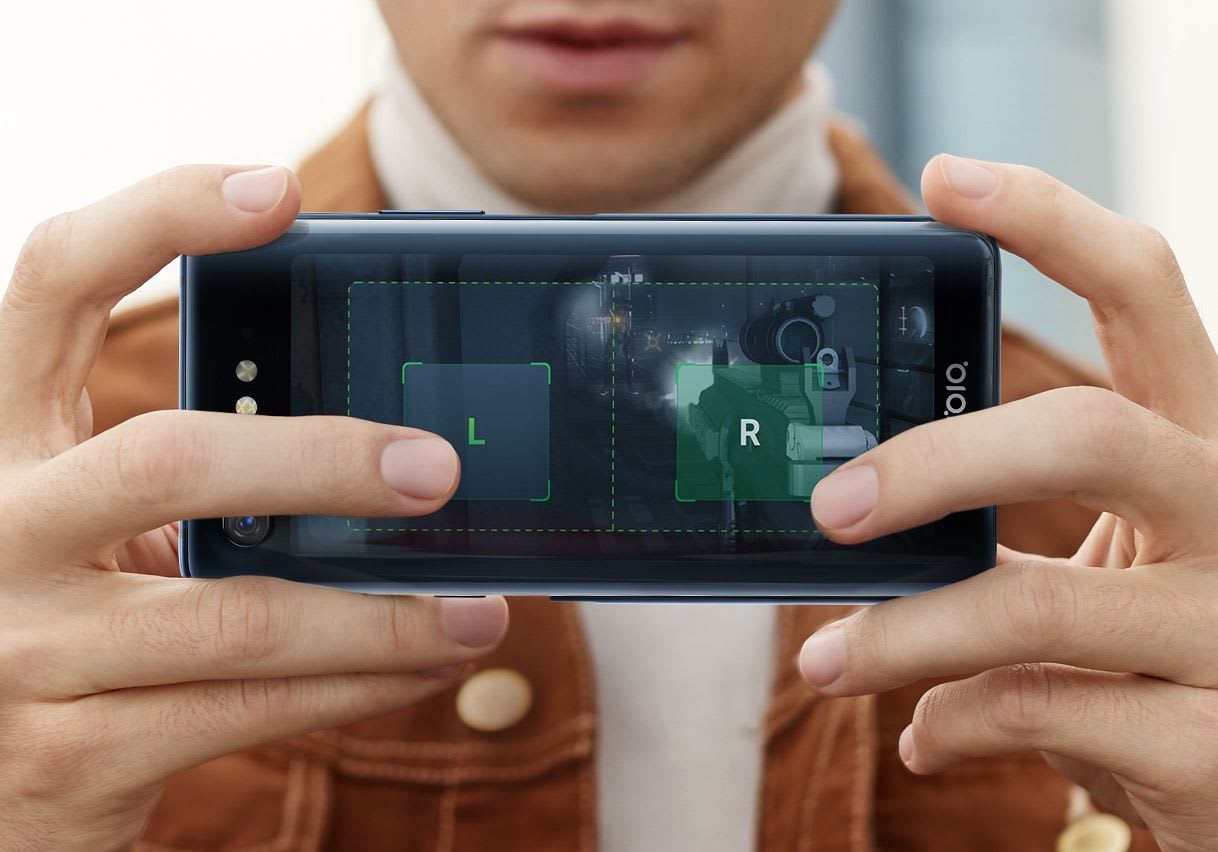 Another feature offered by the OLED panel is mapping its touchscreen as two extra buttons for gaming purposes. I'm not sure how practical that is, especially given that the rear touch panel on the PS Vita never took off, but you never know -- the hardcore mobile gamers may actually want this type of feature badly.

The rest of this Android 8.1 phone is pretty much standard flagship material. You get a Qualcomm Snapdragon 845 along with up to 8GB of RAM, up to 256GB of storage (though there's no microSD expansion), a 3,800mAh battery (with Quick Charge 3.0 but no wireless charging) and dual Nano SIM slots all tucked inside an aluminum frame. While there's no vapor-chamber cooling here, the Nubia X uses a multi-layered graphene heat spreader instead.

Via: Engadget Chinese
Source: Nubia
In this article: AOLoriginals, china, DailyShow, dualscreen, Engadget, EngadgetToday, EngadgetVideo, Entertainment, gear, mobile, nubia, nubiax, smartphone, x
All products recommended by Engadget are selected by our editorial team, independent of our parent company. Some of our stories include affiliate links. If you buy something through one of these links, we may earn an affiliate commission.