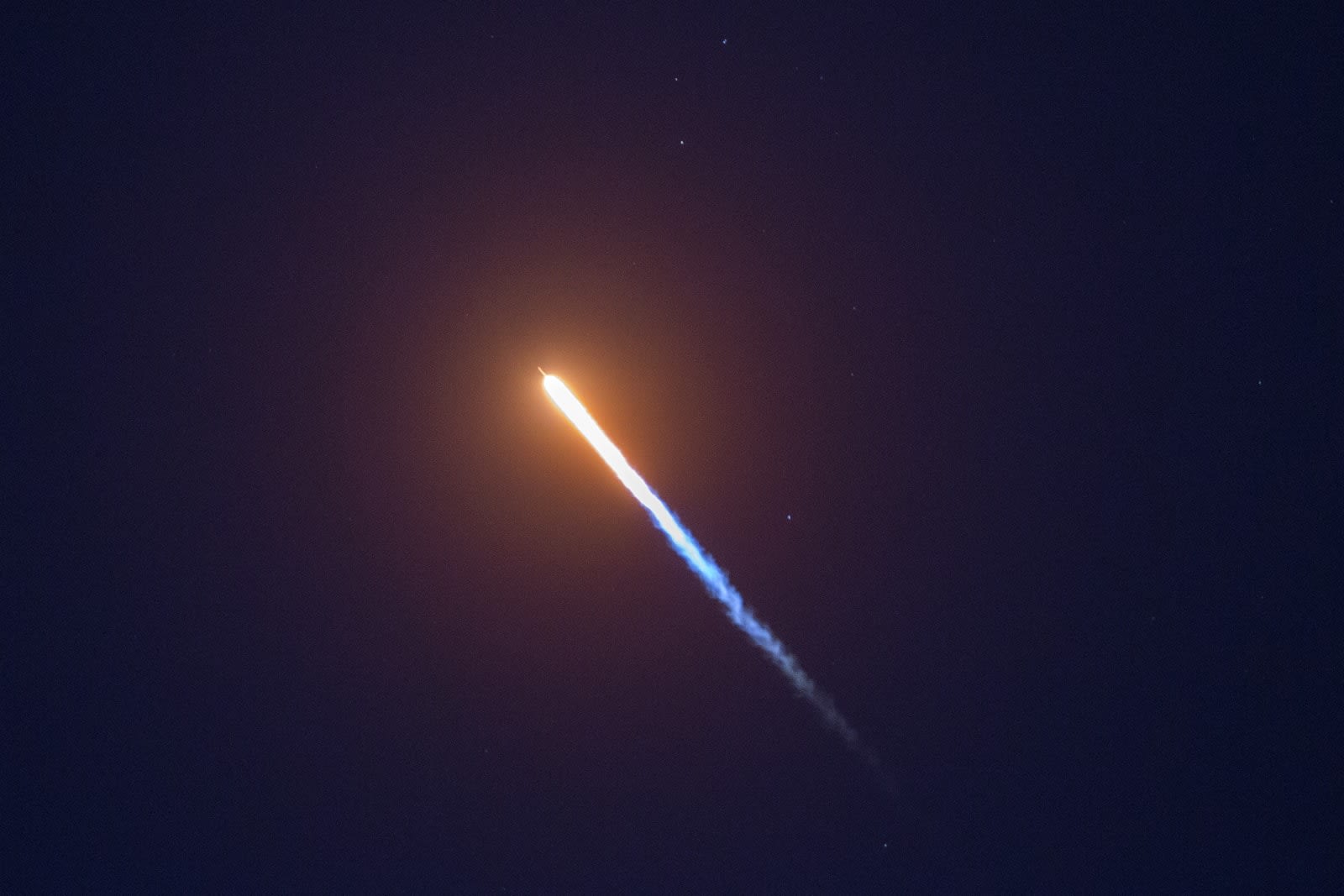 For the past few years, SpaceX has been working on its Starlink project, the goal of which is to launch thousands of low-orbiting satellites that will provide high-speed internet to people around the world. In February, the company put two prototype satellites into orbit, which it has used to test the technology ahead of a full deployment of its satellite constellation. But while those satellites were supposed to begin moving to a higher altitude than where they were initially placed, they haven't. And it looks like that's because SpaceX is slightly revising its launch plan.

As The Verge reports, SpaceX has asked the FCC if it can launch 1,584 satellites at 550 kilometers, as opposed to the 1,110 kilometer orbit it initially proposed. It argues that the lower orbit can allow it to reduce the number of satellites required for the operation, and, importantly, help with disposal of those satellites once they're no longer functional. While SpaceX plans to deorbit its satellites actively when the time comes, if a satellite happens to fail and SpaceX can no longer deorbit it as planned, the lower altitude orbit can help the company dispose of that satellite in a timely manner. At such a low orbit, natural effects, like gravity and particles in the atmosphere that push the satellites down over time, would serve to take them out of orbit within five years, if not sooner.

And getting rid of space debris is important, especially since SpaceX ultimately plans to launch 12,000 satellites into orbit around Earth as part of Starlink. The 1,584 satellites in question are just a portion of the 4,425 satellites the FCC approved for launch earlier this year.

In its new FCC filing, SpaceX said its two test satellites have demonstrated what "operating at a lower altitude offers." The FCC still needs to approve the revised plans.

Via: The Verge
Source: FCC
In this article: FCC, gear, internet, satellite, space, spacex, starlink
All products recommended by Engadget are selected by our editorial team, independent of our parent company. Some of our stories include affiliate links. If you buy something through one of these links, we may earn an affiliate commission.