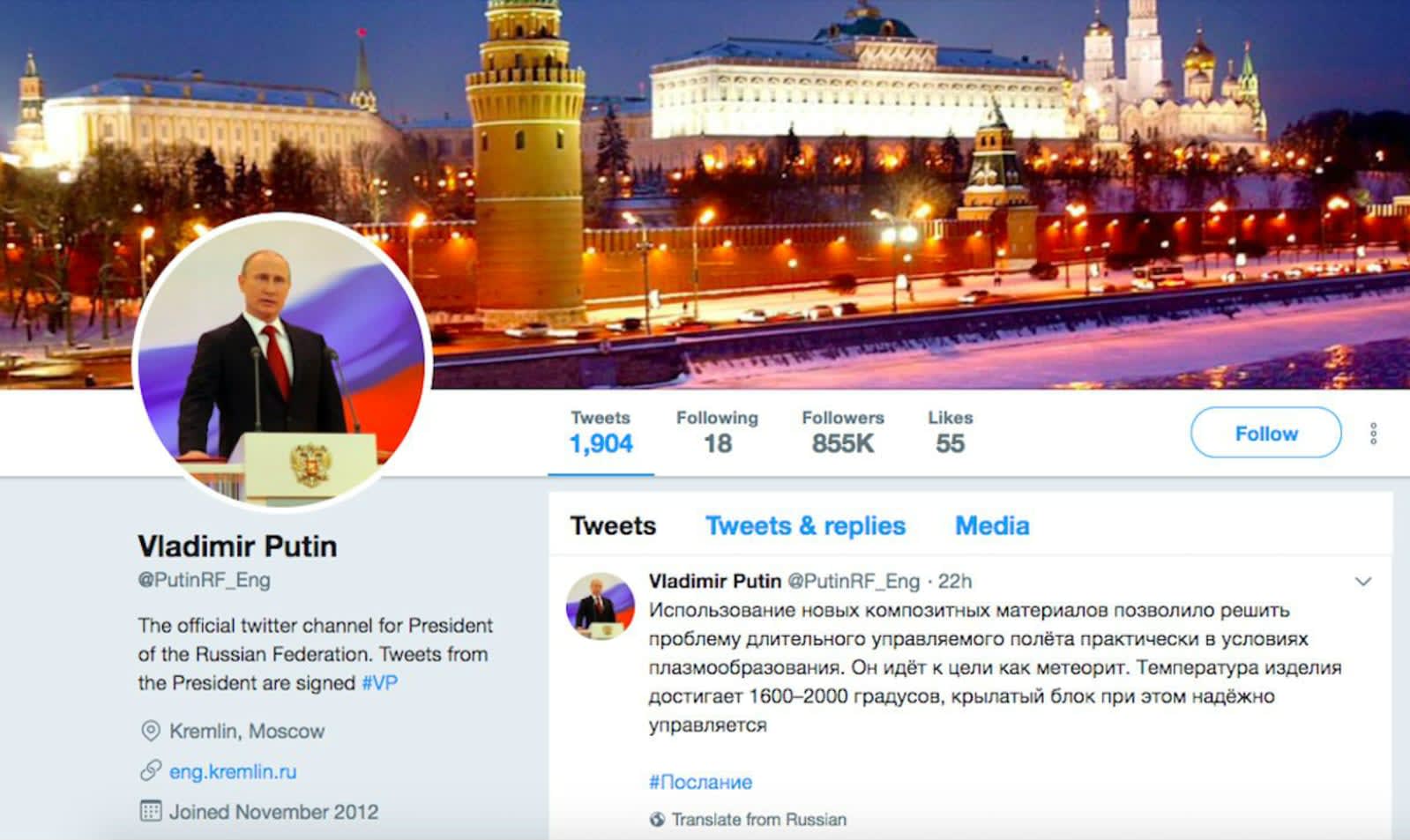 Twitter has banned a fake Vladimir Putin account for impersonating the Russian leader. But in a bizarre turn of events, the real Putin had been following his imitator for the past several years, reports the Business Insider.

The now-removed @putinRF_eng was believed to be Putin's english-language presence on Twitter, complete with a profile pic of the statesman and a cover photo of the Kremlin, and was one of just three accounts followed by the real @PutinRF -- the others include the Russian government and PM Dmitry Medvedev. It had over a million followers and was active for six years before the takedown.

The fake account mainly posted official links to Putin's public appearances and had even been featured in reports by news organizations like the BBC. In a tweet, Twitter said it "suspended @putinRF_eng for impersonation based on a valid report we received from Russian officials." The same tweet also contained a link to its impersonation policy, which states: "Twitter accounts portraying another person in a confusing or deceptive manner may be permanently suspended." But it's still unclear who was behind the fake account.

We suspended @putinRF_eng for impersonation based on a valid report we received from Russian officials. Our impersonation policy can be found here: https://t.co/PIBC4nGI8H

Earlier this year, Twitter revealed it had suspended 70 million accounts in May and June as part of its fight against misinformation. Many of those were believed to be bots and retweet-spamming accounts. Before that, in 2017, it had removed more than 200 Russian-backed bot accounts. Of those, 22 were matched to the Russian Facebook pages that had bought ads to sow divisiveness among the American public during the 2016 presidential election.

Source: Twitter Comms
Coverage: BBC, Business Insider
In this article: fakeaccounts, gear, internet, Putin, twitter, VladimirPutin
All products recommended by Engadget are selected by our editorial team, independent of our parent company. Some of our stories include affiliate links. If you buy something through one of these links, we may earn an affiliate commission.