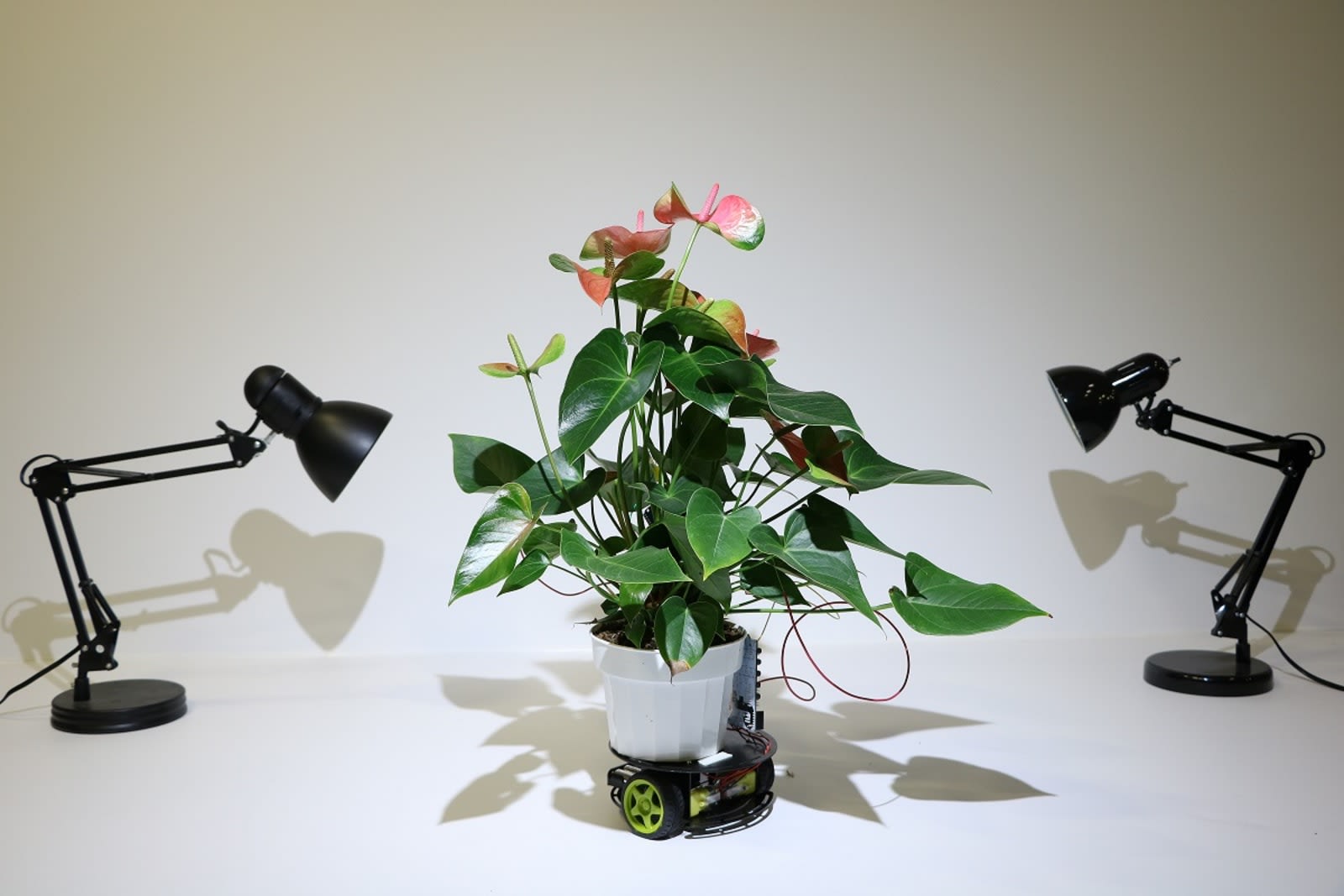 Despite our best intentions, keeping a houseplant alive can be a struggle for a lot of us. But that vague wave of sadness you feel when you end up unceremoniously dumping your potted pal in the bin is about to reach a new and slightly disturbing level, as researchers from MIT have found a way to use robotics to tap into plants' human-like characteristics.

Meet Elowan, a "cybernetic lifeform" that connects a houseplant with a machine that responds to its basic need for light (and is presumably named after the sentient plant creatures in Starflight 3). When a regular plant needs light, it fires off internal electrical signals that cause it to bend and grow towards it. When Elowan needs light, these internal electrical signals are interpreted by a machine that then simply wheels the plant towards the light. The plant can essentially move itself around because it needs to.

"Plants have natural bioelectrochemical signals inside them," explains Harpeet Sareen, assistant professor at Parsons School of Design. "They get excited in response to environmental conditions and conduct these signals between tissues and organs. Such electrical signals are produced in response to changes in light, gravity, mechanical stimulation, temperature, wounding, and more. They are electrically active systems readily occurring in nature."

So that's the how. But anyone who's familiar with The Little Shop of Horrors or The Day of the Triffids might have some questions about the why. As Sareen explains, the project was designed to explore the deep integration of technology with nature. "When we create interactive devices, there's two primary components to it: 'sensing' in the broadest sense what the user wants to do and responding/displaying an output as a feedback. Usually, we create artificial electronics to do such functions for us but plants inherently have such capabilities. They can sense and they can display -- they are already an interface."

What's more, Sareen continues, is that plants are self-powered, self-regenerating and self-fabricating organisms. "In short, plants might be the best kind of 'electronics' we have, something we can only strive to get to in the artificial world. Much of our thinking around interfaces/interactive devices has spun up from industrial way of thinking of having to create everything from ground up artificially. But if nature has those capabilities such as of sensing (signals inside plants), response (plant movement, color change, leaves opening/closing, growth and so on), then why not tap into those capabilities of what nature does best."

Sareen believes this Avatar-like technology could form the future of interaction. But it's still very early days for the work. Next on the agenda is turning the project into a marketable tinkering kit, "so people start to understand nature much more than what they are used to," says Sareen -- and perhaps then give a second thought to the functional lifeforms they'll end up turfing in the trash the next time they forget to water their plants.

Coverage: Treehugger.com
In this article: Avatar, cybernetic, Elowan, interface, MIT, plant, robotics, robots, TL18MIT, tomorrow
All products recommended by Engadget are selected by our editorial team, independent of our parent company. Some of our stories include affiliate links. If you buy something through one of these links, we may earn an affiliate commission.