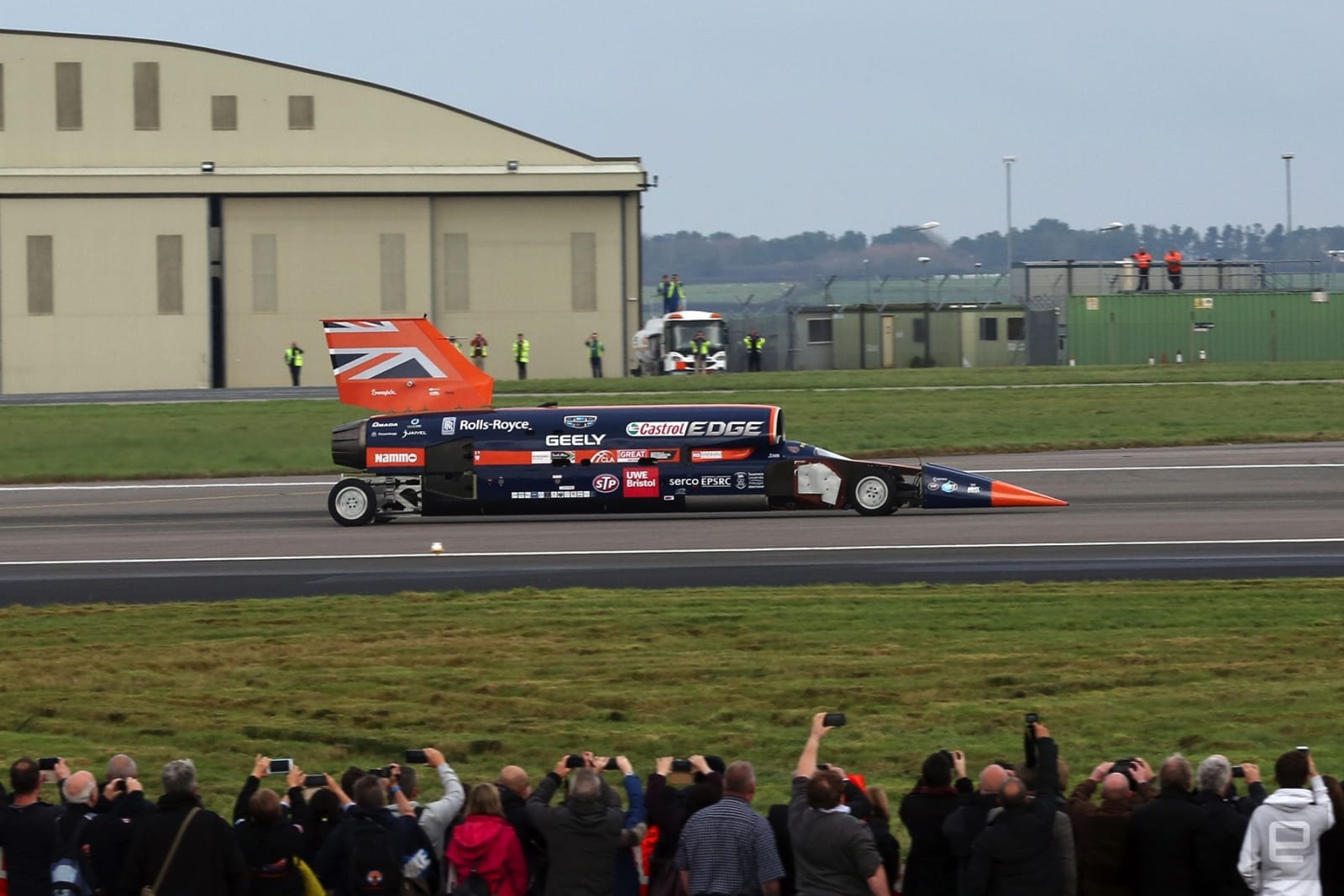 Efforts to save the Bloodhound supersonic car project from bankruptcy haven't panned out. The team is shutting down after it was unsuccessful in securing the roughly £25 million (about $32 million) it needed from "potential and credible investors." As a result, the company is now planning to return third-party gear and sell off assets, including the car -- if you happen to have £250,000 ($318,000) sitting around, you could own a piece of automotive history. Don't expect to break records, though. Driver Andy Green warns that you'd need "a few million" to have Bloodhound SSC live up to its full potential.

The shutdown isn't surprising. The project was a private venture, and its success depended on finding investors, sponsors and donations. There have been instances where the Bloodhound team ran out of cash, only to be rescued by a sponsor. This time, however, it required a particularly large sum for its planned South African test run in late 2019. It would have been no mean feat to raise those funds, especially in light of global economic uncertainty and an era when an Instagram post can be a more effective ad than a car sponsorship.

There is a slim chance someone could buy the Bloodhound SSC vehicle and bring it to completion. However, it would be an expensive undertaking even with the money needed to buy the car and make it ready for supersonic travel. The new owner might have to recreate a large chunk of the Bloodhound team and accept that the project will likely cost them dearly, even if they can find additional backers to soften the financial blow.

Source: BBC
In this article: bloodhound, BloodhoundSsc, BloodhoundSupersonicCar, car, gear, supersonic, SupersonicCar, transportation, uk, vehicle
All products recommended by Engadget are selected by our editorial team, independent of our parent company. Some of our stories include affiliate links. If you buy something through one of these links, we may earn an affiliate commission.