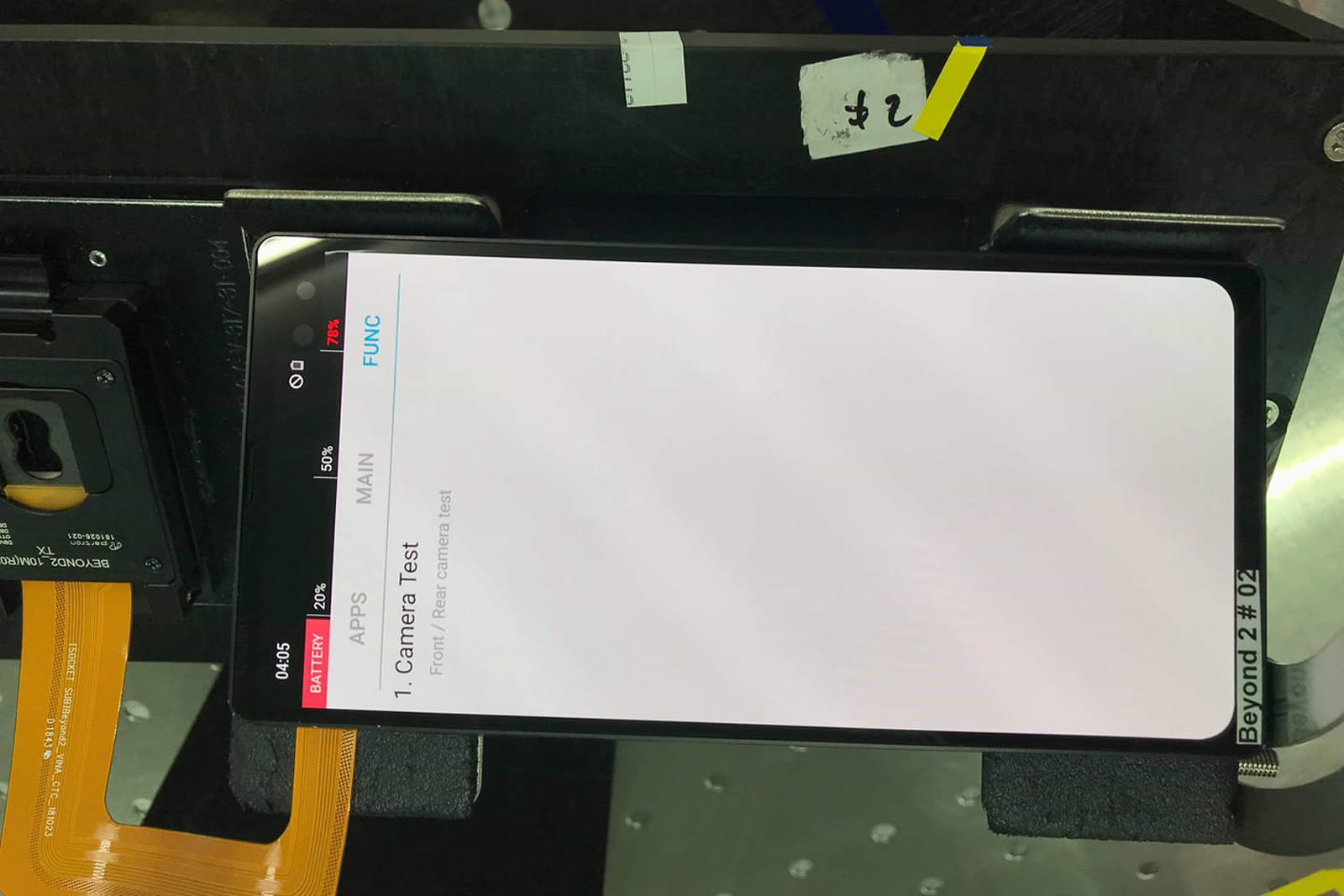 Samsung's prototype 5G phone might be more indicative of the Galaxy S10's design than first thought. An image posted by a Vietnamese Facebook user purports to show an S10 Plus prototype (indicated by the "Beyond 2" codename) with a heavily disguised corner notch. Unlike the 5G showcase, though, it would include two front cameras like some leaks have suggested -- possibly for standard and wide-angle shots. While we'd take a leak like this with a huge grain of salt, it does line up with a recent Weibo post showing screen protectors with an eerily similar-looking camera arrangement.

This definitely doesn't represent the final design. The blocky casing suggests that it's either a test mule with a generic body or else a heavily disguised version of the final product. We'd add that Samsung has been known to change designs rapidly, such as when it redesigned the Galaxy Tab 10.1 in a matter of weeks to better compete with the iPad 2. Still, this gives you an idea of what you could expect. Samsung appears to be be pulling out all the stops to make its tenth Galaxy S a memorable redesign, and that might include some fundamental changes to its camera layout.

Via: SamMobile
Source: Slashleaks, Do Van Hai (Facebook)
Coverage: Weibo
In this article: android, galaxys10, galaxys10plus, gear, leak, mobile, rumor, samsung, smartphone
All products recommended by Engadget are selected by our editorial team, independent of our parent company. Some of our stories include affiliate links. If you buy something through one of these links, we may earn an affiliate commission.